Health experts joined animal rights campaigners in their condemnation of the “inhumane and barbaric” festival where butchers hack slaughtered dogs into slabs of meet and cooks fry the flesh to feed hungry customers. The cities of Shenzhen and Zhuhai have already outlawed dog meat consumption and China’s national agricultural ministry has removed dogs from the livestock list and re-categorised them as “companions”.

Animal rights groups hoped these moves would be steps towards a nationwide ban on eating dog meat and the scrapping of the festival in Yulin which traditionally welcomes the summer with a feast of dog and lychees.

But supporters of the annual event swiftly jumped its defence and urged Beijing to protect their rights to eat dog.

“Otherwise you cannot stop others from passing laws to forbid the consumption of other animal meats, such as pork and beef.” 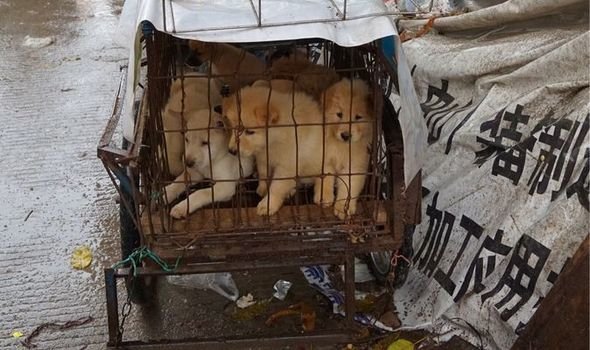 Some even suggested the animal rights activists demanding a ban on the Yulin festival were part of an anti-Chinese plot by foreign forces to smear the country over its links to the outbreak of coronavirus last December.

But ocial media calls for a boycott of the festival far outweigh those trying to defending it.

Jeffrey Beri, founder of the No Dogs Left Behind organisation, said: “It is “inhumane and barbaric.” 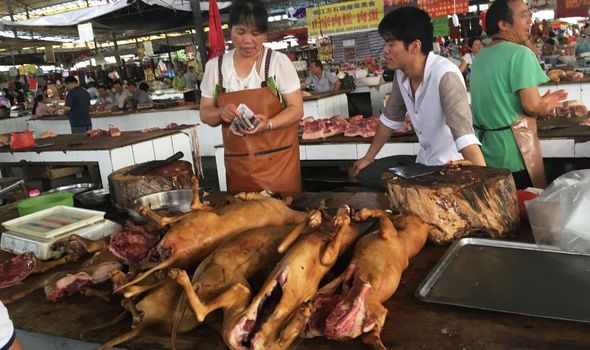 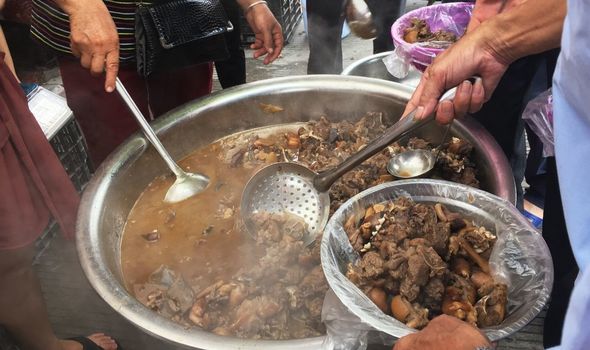 His activists save hundreds of dogs every year by raiding slaughterhouses and intercepting trucks.

They say traders steal pets and strays and transport them long distances, mostly to the country’s south.

A volunteer called Ling said: “You feel a kind of achievement because you’ve changed some dog’s life.”

Dog meat is traditionally believed to be good for the health in certain parts of China.

But the habit has been in steady decline as more and more affluent urban dwellers choose to keep the animals as pets.

And there are signs the COVID-19 outbreak appears to have further reduced the appetite for dog meat after the disease was linked to a market in the central city of Wuhan selling animals for food.

And the number of visitors to Yulin was down this year with local vendors and restaurants dropping “dog meat” from the festival’s name this year and instead trying to rebrand it as a “summer solstice holiday”. 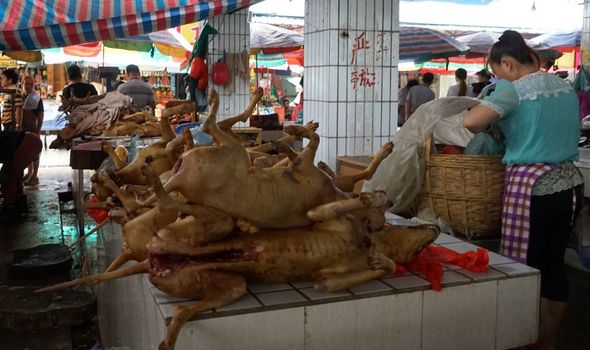 Restaurant worker Chen said: “The number of arriving customers has dropped a lot.”

He said the dog meat restaurant where he works was open as normal this festival without any special events or pricing like in past years.

Some posts on the Chinese social network Weibo called for the festival to be cancelled entirely after COVID-19 and a recent fresh outbreak of the disease in Beijing linked to a wholesale food market.

One user posted: “Is it not enough that the festival is infamous throughout the world?

“Where will food safety become a reality. Stop this damn festival at once.”

But Chen said neither police nor the government had ordered his restaurant to stop selling dog meat as a result of the animal’s reclassification as pets.