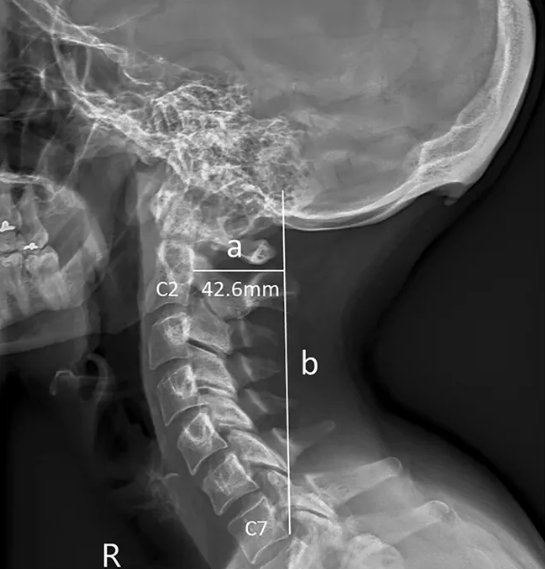 “These findings were surprising because typically they take years to develop”

Further testing and MRI scans ruled out genetics or injury as the cause.

Dr Shahar explained: “Shifting the head forwards results in the transfer of the head’s weight from the bones of the spine to the muscles at the back of the neck and head.”

While they may not cause damage, once the growths have formed they are unlikely to ever go away.

Dr Shahar told the BBC: “I have been a clinician for 20 years, and only in the last decade, increasingly I have been discovering that my patients have this growth on the skull.”

The growths are typically seen in elderly people whose bodies have hunched over, putting a lot of stress on their bones.

He added: “These findings were surprising because typically they take years to develop and are more likely to be seen in the ageing population.

“It is important to understand that, in most cases, bone spurs measure a few single millimetres and yet we found projections of 10 to 30 millimetres in the studied young population.”

The research was initially published in the journal Nature last year, but the findings resurfaced online this week.