Iran’s Revolutionary Guard chief Hossein Salami has told the US that a place it loves will soon be set ablaze. In a cryptic message detailing Iran’s imminent retaliation, the head of Iran’s Guards vowed to exact revenge on America. Experts believe that Iran could strike US targets within the next 24 hours in response the killing of Qassem Soleimani.

The top Iranian military commander was killed in a surprise US drone strike last Friday, raising fears of war between Iran and the US.

“The enemy killed him unjustly. We will take revenge. We will set ablaze a place they like, and they well know where it is.”

In response to Mr Salami’s threat the crowd chanted “Death to Israel”. 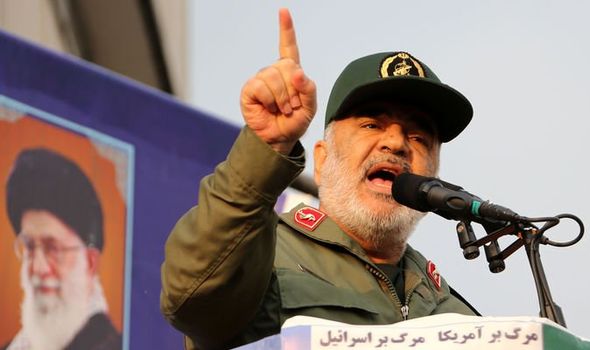 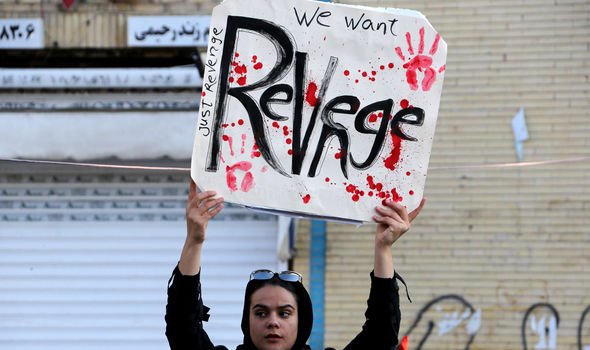 It is thought that the powerful Revolutionary Guards head was referring to Israel, a longtime foe of Iran and strong ally of the US under Donald Trump.

Israel’s prime minister Benyamin Netanyahu has been notably quiet since the strike, attempting to distance himself from the US move.

He told reporters: “The assassination of Soleimani isn’t an Israeli event but an American event. We were not involved.”

Despite this, Israel could soon become the target of an Iranian retaliation, as Tehran has continously boasted about its missiles being capable of reaching Israel. 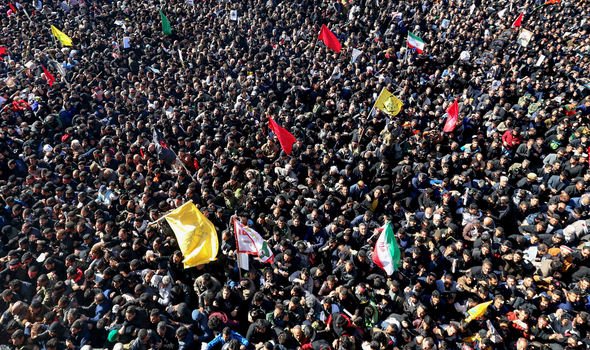 US officials said they are anticipating a “major” attack of some type from Iran within the next day or two.

Ali Shamkhan, secretary of Iran’s Supreme National Security Council, suggested that the ”revenge operation” will not be just one single operation.

He said: “There are 13 that have so far been discussed in Iran’s Supreme National Security Council and even if all agree on the weakest scenario, yet it will bring a historic nightmare for America.” 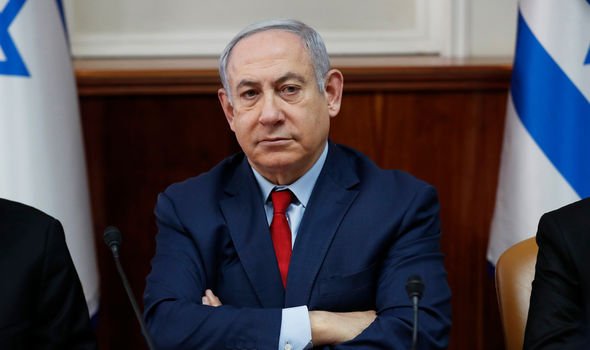 Iran’s threats come after huge numbers of Iranians turned out for the burial of the slain general.

He is being laid to rest in his hometown of Kerman, with millions already estimated to have packed the streets for funeral processions.

However, a stampede during the procession earlier today killed 35 mourners and left 48 injured.

Iranian parliamentarians have approved a motion designating the US Army and the Pentagon as terrorist organisations and have also allocated extra funds for the force once headed by Mr Soleimani.