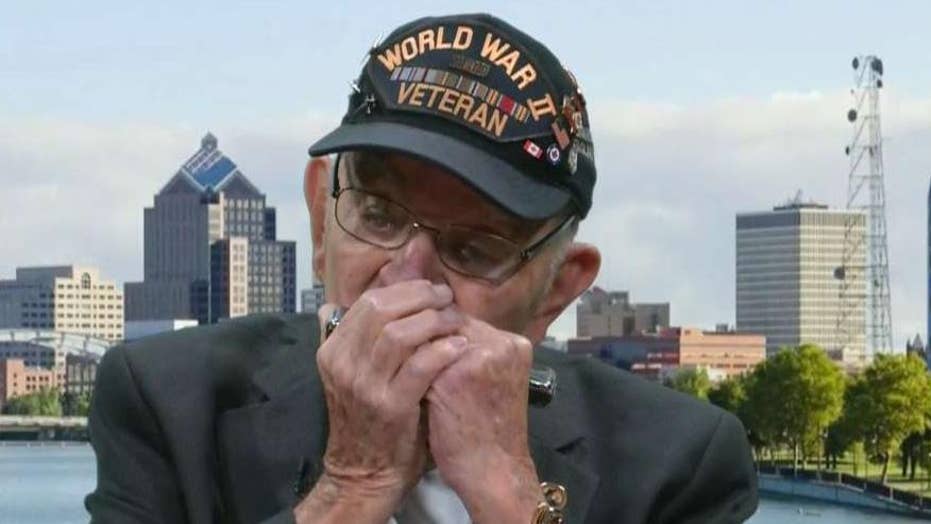 A beloved World War II veteran who goes by the nickname 'Harmonica Pete' described his service and what the national anthem means to him after performing the song for the United States Women's National Soccer Team before a recent match.

In an interview with "Fox & Friends," Pete DuPre gave another rendition of The Star-Spangled Banner on his trusty harmonica, and discussed serving in the Army medical corps in England.

After on-field medics provided initial care to wounded servicemen, they would bring them to DuPre and his team, who would provide full-time care.

"We were on the other side of the Channel," DuPre said. "Those patients were brought to us and our job was to start to put them back together again. Just that simple."

On Sunday, the day before Memorial Day, DuPre performed the national anthem on his harmonica, which his father bought for him for fifty cents many years ago. He stood before the U.S. Women's National Soccer Team during their final match in New Jersey before the FIFA World Cup in France.

For DuPre, he said it was "fascinating" that the crowd fell silent out of respect during his performance, and that he is thankful to have the opportunity to showcase his pride in America.

"It represents my country, my people, and, it's a marvelous thing for me to be sitting in this position right now to amplify that," he said. "To just get it across, that the U.S. is a great place and we are trying to maintain peace around the world," he continued.

He ended the interview by treating "Fox & Friends" viewers to another performance of the anthem.