Pope Emeritus Benedict XVI’s passing has prompted condolences and remembrances from leaders the world over.

President Joe Biden called him a “renowned theologian, with a lifetime of devotion to the Church, guided by his principles and faith.”

“I had the privilege of spending time with Pope Benedict at the Vatican in 2011 and will always remember his generosity and welcome as well as our meaningful conversation,” Biden said in a statement. “As he remarked during his 2008 visit to the White House, ‘the need for global solidarity is as urgent as ever, if all people are to live in a way worthy of their dignity.’ May his focus on the ministry of charity continue to be an inspiration to us all.”

MORE: Pope Benedict XVI has died at the age of 95

Britain’s King Charles III said he fondly remembers meeting with Benedict during a visit to the Vatican in 2009. 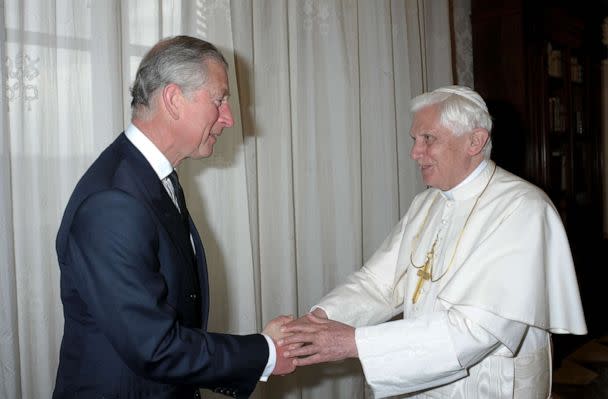 Israeli prime minister Benjamin Netanyahu sent a message of the “deepest condolences to the Christian world” on behalf of the citizens of Israel.

“A great spiritual leader, fully committed to the historic reconciliation between the Catholic Church and the Jewish people that he movingly expressed during his historic visit to Israel in 2009,” Netanyahu said in a statement. “In my meeting with him, he spoke warmly about the common heritage of Christianity and Judaism and the values that this heritage has given to all humanity. We will remember him as a true friend of the State of Israel and of the Jewish people.”

Irish President Michael Higgins said in a statement that the former pontiff “will be remembered for his untiring efforts to find a common path in promoting peace and goodwill throughout the world, including a steadfast interest in peace in Northern Ireland.”

“He will be remembered too for the value he attached to intellectual work and for the personal commitment he gave to such within the Roman Catholic Church, this work being respected by both supporters and critics,” Higgins added.

Japanese Prime Minister Fumio Kishida expressed his condolences and reflected on a message Benedict sent after the 2011 tsunami and Fukushima nuclear disaster that greatly moved the people of Japan, according to The Associated Press.

Germany’s president said he was “profoundly impressed” by the German-born pontiff’s “faith, his intellect, his wisdom and his humility.”

“As a fellow countryman, this Pope bore a very special significance for us Germans also beyond the bounds of the universal Roman Catholic Church,” President Frank-Walter Steinmeier said in a statement. “For many people across the world, the election of a Pope from the home of the Reformation and of an intellectual who had made the dialogue between faith and reason his life’s work sent an important signal.” 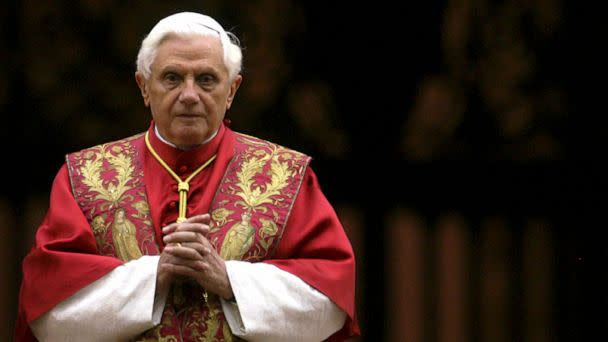 In Italy — home to Vatican City, the seat of the pope — President Sergio Mattarella said the country is in mourning following Benedict’s death.

“His sweetness and his wisdom had benefited our community and the entire international community,” Mattarella said in a statement, adding that Benedict “continued to serve the cause of his Church in his unique role of pope emeritus with humility and serenity.”

During a New Year’s Eve vigil in Vatican City, Pope Francis thanked Benedict for “his testimony of faith and prayer, especially in these final years of retired life” in his first public comments following the former pontiff’s death, the AP reported.