A pair of Brandon-area women are facing charges of public incitement of hatred, say police, after a Black man was stabbed at a local skatepark.

The incident took place Thursday night at the Kristopher Campbell Memorial Skate Plaza and involved a group of five people — four women and one man — allegedly yelling racial slurs at a Black man.

Police say they have viewed video that shows suspects yelling racial slurs at the man before punching, kicking and stabbing him.

Brandon police are expected to release more information at a 1:30 p.m. press conference Friday, Global News will stream the event live in this story.

In a release sent to media before the press conference, Brandon Police said the video shows the fight first breaking out between the victim and the male suspect. The four women then join in with punches and kicks.

“The victim defends himself, and is holding one of the suspects down when one of the women pulled out a knife and stabbed the victim five times in the side of his abdomen,” the Brandon Police Service said in a news release Friday.

“The altercation ends as the man walks away, bleeding from wounds on his side. The female with the knife also slashed the tires of the man’s vehicle before the stabbing occurred.”

The victim was taken to the hospital by a bystander, where he was in stable condition as of Friday after emergency surgery. He is expected to make a full recovery.

Police say they found one of the suspects with blood on her clothing and a bloody knife in her pocket in the 800 block of Rosser Avenue, and arrested a second female suspect nearby. 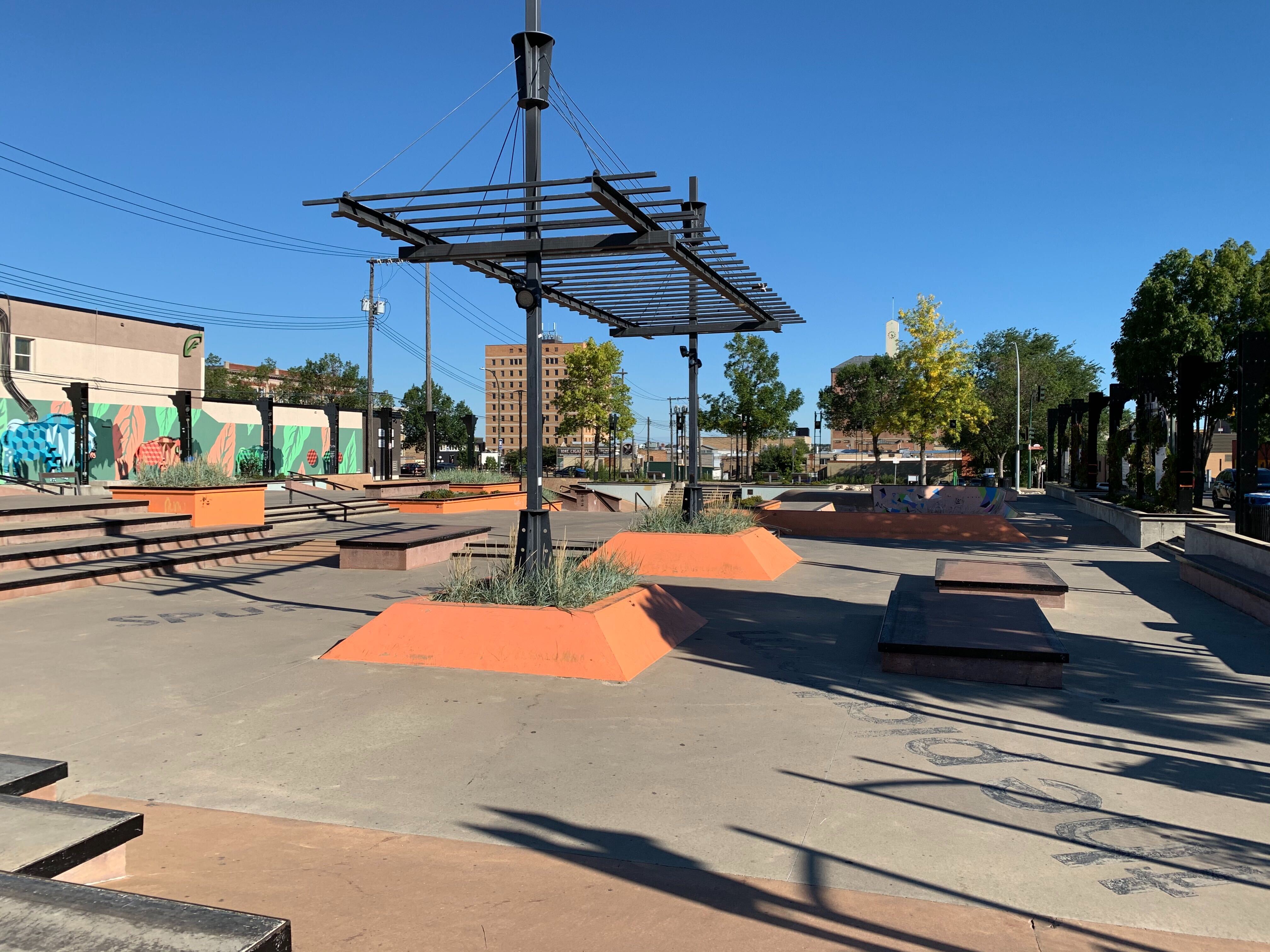 The two women, who police say are related, are in custody, while the investigation to find the other three members of the group continues.

The women, ages 23 and 20, each face assault, public mischief, and public incitement of hatred charges, as well as failing to comply with a release order. Police say further charges are pending.

None of the Winnipeg incidents have resulted in charges.

–With files from The Canadian Press