Speeding shop assistant, 21, racing home from drug deal while high on cannabis knocked over and killed pensioner, 73, as she crossed road

A shop assistant high on cannabis as she sped home from a drug deal in a stolen car knocked down and killed a pensioner who was crossing the road.

Hivda Altuntop, 21, raced away from the spot where she ploughed into 73-year-old Penelope Coggan but crashed into a ditch half a mile away, where she was arrested by police.

Mrs Coggan’s GP son, Michael, who worked in a nearby surgery, rushed outside to perform CPR but tragically was unable to save her.

Altuntop denied causing death by dangerous driving by reason of insanity, arguing she was suffering from paranoid schizophrenia at the time. 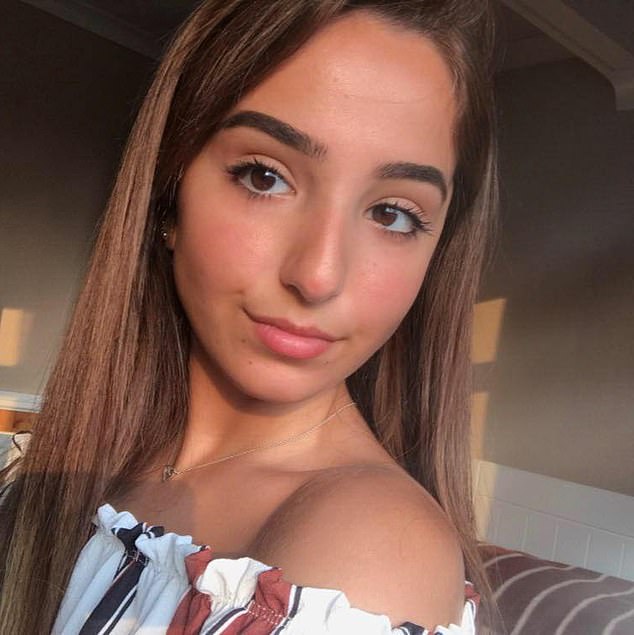 Hivda Altuntop, 21, raced away from the spot where she ploughed into 73-year-old Penelope Coggan but crashed into a ditch half a mile away, where she was arrested by police

But she was convicted of five offences by an 11 to one majority on every count yesterday following a trial.

He added: ‘Penny was a very special lady, so missed by us all and our friends.’

Altuntop took her mother’s silver Vauxhall Astra without permission on April 24 last year and, along with a kitchen knife, drove from Dovercourt in Essex to Colchester to buy cannabis, Chelmsford Crown Court heard.

She had overtaken a car and was driving at up to 38mph on a 30mph road when she smashed into retired midwife Mrs Coggan without braking, sending her flying 20 yards through the air.

Altuntop carried on driving with a smashed windscreen, reaching up to 50mph, but crashed into the ditch. 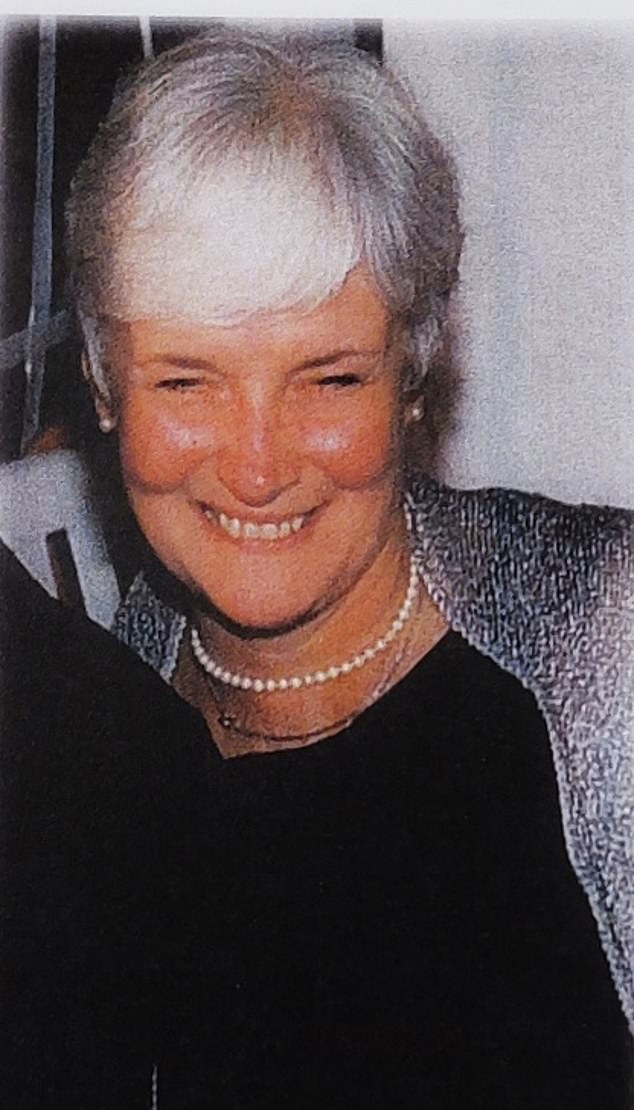 Speaking afterwards, Mrs Coggan’s widower, Richard, described her as ‘a delightful person and mother, always happy, selfless, engaging, thoughtful and practical’. He added: ‘Penny was a very special lady, so missed by us all and our friends’

She told a witness to ‘F*** off’ when they saw her climbing out of the car window and approached to help.

Prosecutor Carolyn Gardiner said: ‘Mrs Coggan’s son ran out of the surgery and performed CPR but there was nothing that could be done to save her life.

‘She died from the catastrophic injuries she sustained at the scene.’

A string of motorists had seen Altuntop driving dangerously on both legs of her journey, including one who had to pull out of the way as she drove towards him and another who was overtaken on a blind summit.

A police officer also saw the defendant forcing other vehicles to swerve aside but lost sight of her as he turned his marked vehicle around.

He later received a call to attend a road accident and was directed to the devastating scene Altuntop had left in her wake.

In hospital, where she was treated for minor injuries, Altuntop laughed uncontrollably and said she was hungry.

She was later taken to a police station where a test revealed she had marijuana in her system. She admitted smoking a joint.

Three psychiatrists gave evidence during the trial – two for the defence and one for the prosecution.

All agreed Altuntop had undiagnosed schizophrenia at the time of the crash but the prosecution expert said that didn’t mean she was unaware of the consequences and gravity of her actions.

Altuntop showed no emotion as she was yesterday convicted of causing death by dangerous driving, aggravated vehicle taking, dangerous driving, possessing cannabis and having an article with a blade or point after the jury spent nine hours deliberating.

She was also found guilty by a majority vote of aggravated vehicle taking, dangerous driving, assaulting a police officer and having a bladed article following an incident the previous month.

On that occasion she again took her mother’s car without consent and drove it dangerously in Colchester and London, crashing into a van at one point.

Altuntop will be sentenced next month.