A woman and a child have been airlifted to hospital with ‘injuries’ after an incident at a home in south London.

Officers were called to the scene at 4pm in Mitcham, where they discovered a woman and a child who had suffered unspecified injuries.

The pair were airlifted to hospital by London Air Ambulance and officers have secured the scene. 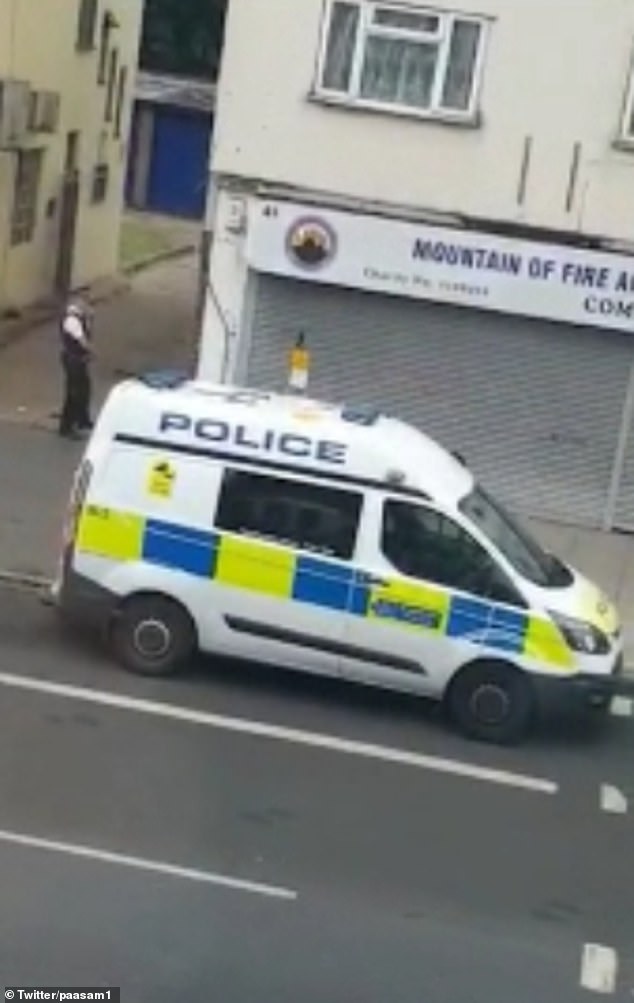 The Metropolitan Police were called to an incident in Mitcham, south London at 4pm today where they discovered a woman and a child suffering injuries 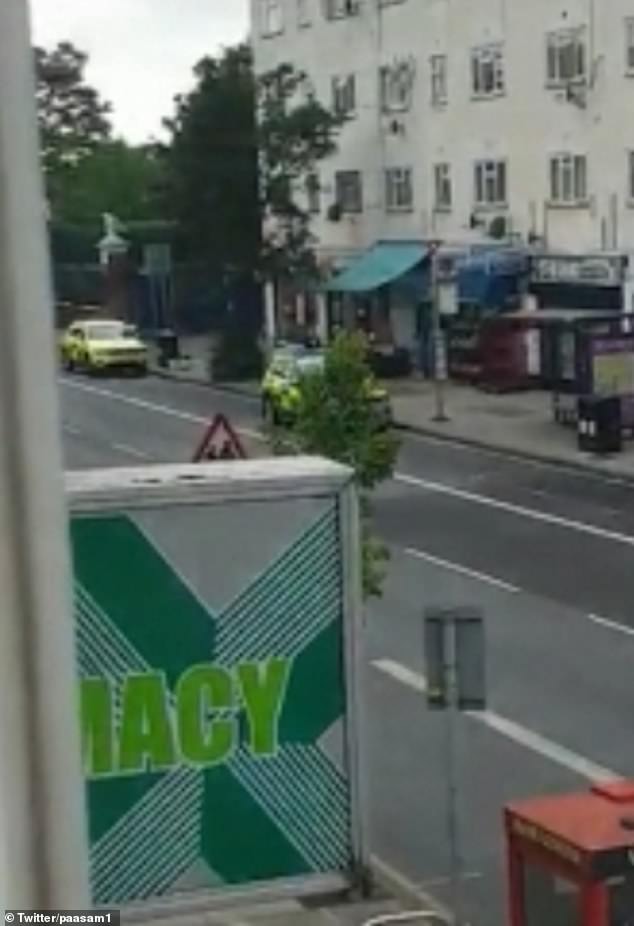 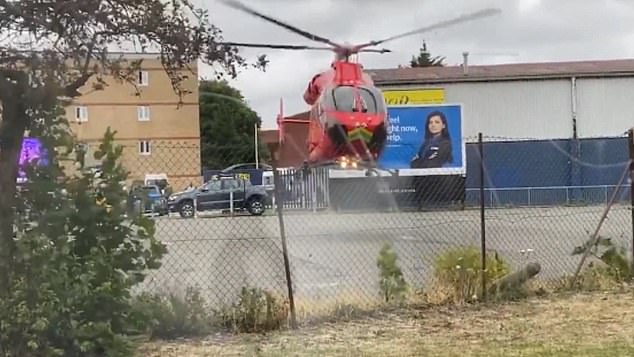 The road outside the property, which is on a parade of shops near Mitcham Library, was closed for several hours.

Witnesses filmed the police response and the helicopter taking the two victims to hospital.

The Metropolitan Police confirmed they have not made any arrests and are not in a position to confirm the nature or extent of the injuries. 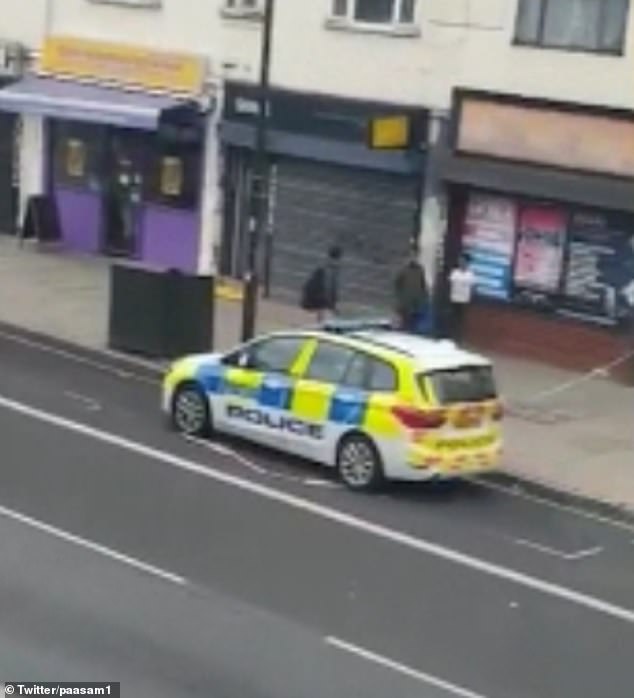