Blind widower, 87, caught Covid after heartless thieves conned their way into his home to steal purse and iPhone as his wife, 84, lay dying

A blind widower who went in search of help for his dying wife caught Covid after two crooks duped their way into his home and stole cash and a smartphone.

Great grandfather of two Ronald Crowther had banged on his walls and neighbours’ doors as Dorothy, his wife of 65 years, lay dying at home.

The 87-year-old had thought the pair had come to his aid but instead pinched cash and an iPhone from the home in Brierfield, near Burnley, Lancs. 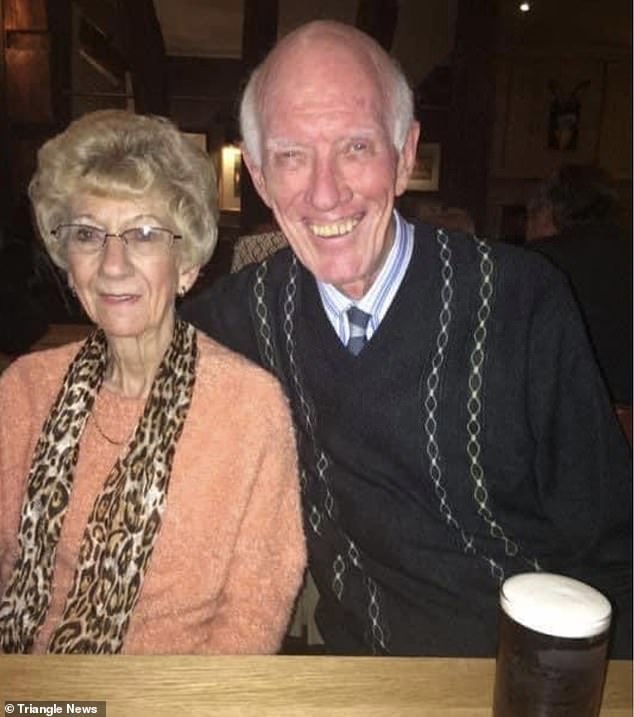 Ronald Crowther is said to have caught Covid 19 from two crooks who allegedly stole cash and a smartphone as his wife Dorothy, 84, lay dying in bed

Mrs Crowther, who had suffered a brain aneurysm, died the same day aged 84 while her husband spent two weeks battling coronavirus at Royal Blackburn Hospital after the raid on October 17.

He then got pneumonia but recovered in time for his wife’s funeral. 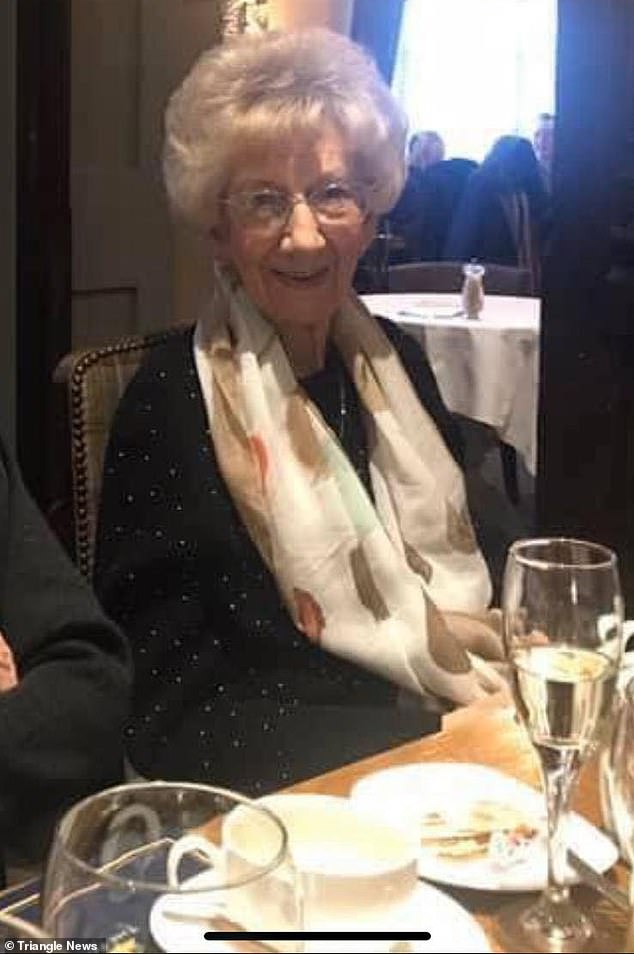 Dorothy Crowther had suffered a brain aneurysm and died the same day. Her husband battled Covid and pneumonia but recovered in time for her funeral last month

Daughter Janet Crowther Hindley, who lives in nearby Padiham, said: ‘We rang 999 and when the ambulance arrived paramedics said dad’s blood pressure was really low and he had a blood clot on his lungs.

‘He was rushed to hospital and spent two weeks on a covid ward and we weren’t allowed to see him.

‘It was absolutely awful and when he contracted pneumonia we were so worried.

‘My dad said he has never felt as ill in his entire life.

‘This has been an horrendous few weeks.’

Lancashire Police later tracked down Steven Morris, 45 and Kelly Cassidy, 42, who have been charged with burglary.

The suspects are due to stand trial at Burnley Crown Court next May.