LinkedIn co-founder Reid Hoffman, who recently launched an artificial intelligence startup, says Tesla CEO Elon Musk was on to something when he created the Optimus robot to tackle tasks many humans hate.

"I think that's a when, not an if," Hoffman said at the Yahoo Finance All Markets Summit on whether the workforce would deploy more robots in the decades to come. "I think there will be a lot of roles for humans, too. But I do think this kind of humanoid robot — once you're beginning to get the software right and all the AI and the things like OpenAI and Microsoft and other folks are working on — that will actually, in fact, create great enhancements and amplifications on the factory floor, as well."

Musk took an incremental step recently in making humanoid robots a reality last year when he announced the upcoming Optimus robot, which will likely be used to help build Teslas.

The EV maker provided an update on Optimus at Tesla's AI Day event in late September, where the robot walked on stage, did a little dance, and waved to the crowd. Tesla also played a video of Optimus picking up a package and watering plants in an office environment — the robot's first public performance.

Musk joins Boston Dynamics — seen as the leader in humanoid robot technology — in pushing the boundaries of this particular field of AI. Taken together, these two companies alone could lend support to what will probably be a growing robot-worker movement as companies seek to boost productivity and address labor shortages. 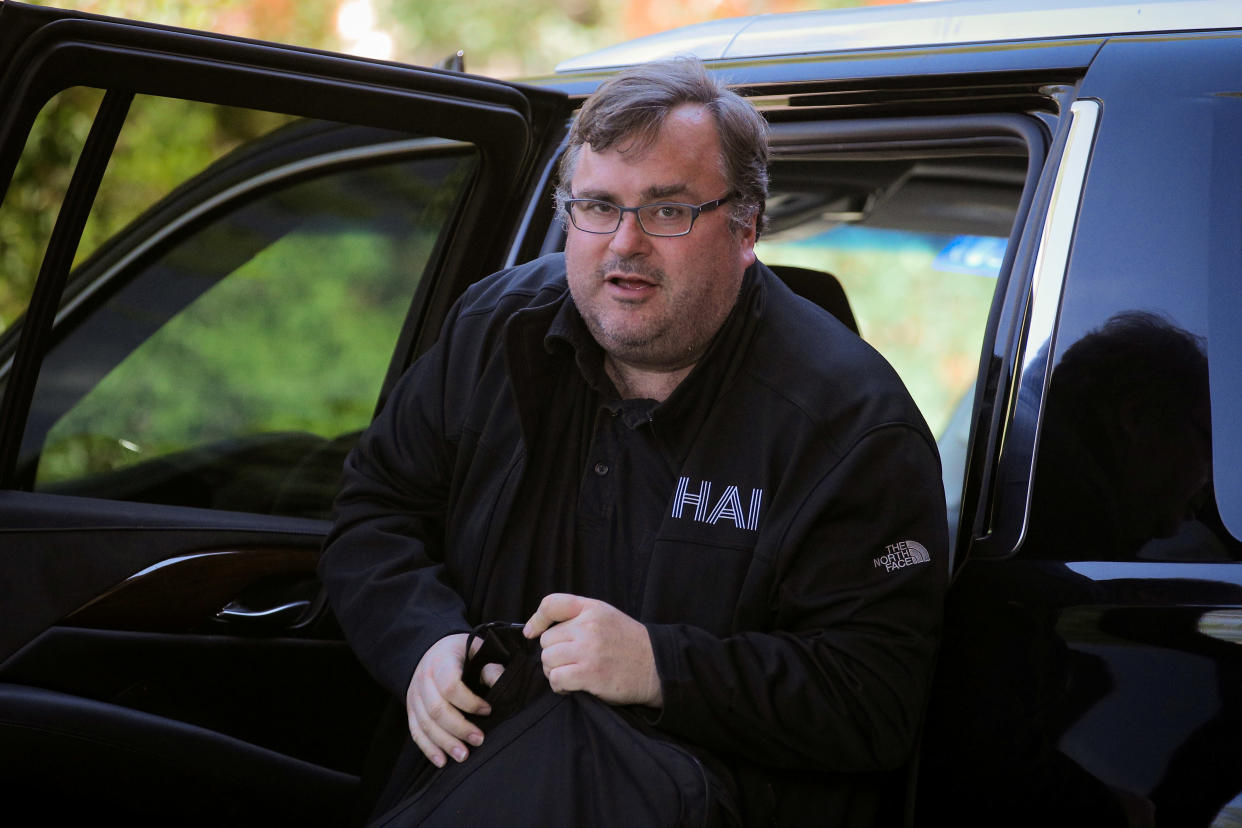 A 2020 study by economists at MIT and Boston University found that robots could replace as many as 2 million more workers in manufacturing by 2025.

Hoffman contends humans don't need to be scared of robots taking over streets and running amok, as depicted in countless sci-fi movies. But society and companies do need to consider cybersecurity risks tied to the increasing use of robots, he says.

"People normally kind of worry about things like military, autonomous weapons and those kinds of things [with robots]. I actually think those worries are not as significant — like they are not the real worries. I think the real worries are AI and bad actors and cybersecurity. So on the humanoid robots, I think the real question is, how do we transition a society," Hoffman added.

Brian Sozzi is an editor-at-large and anchor at Yahoo Finance. Follow Sozzi on Twitter @BrianSozzi and on LinkedIn.

Click here for the latest stock market news and in-depth analysis, including events that move stocks

Read the latest financial and business news from Yahoo Finance

Download the Yahoo Finance app for Apple or Android