SUBHAKAR Khadka was the viral Uber driver who was caught on video being assaulted by a pair of passengers in San Francisco. 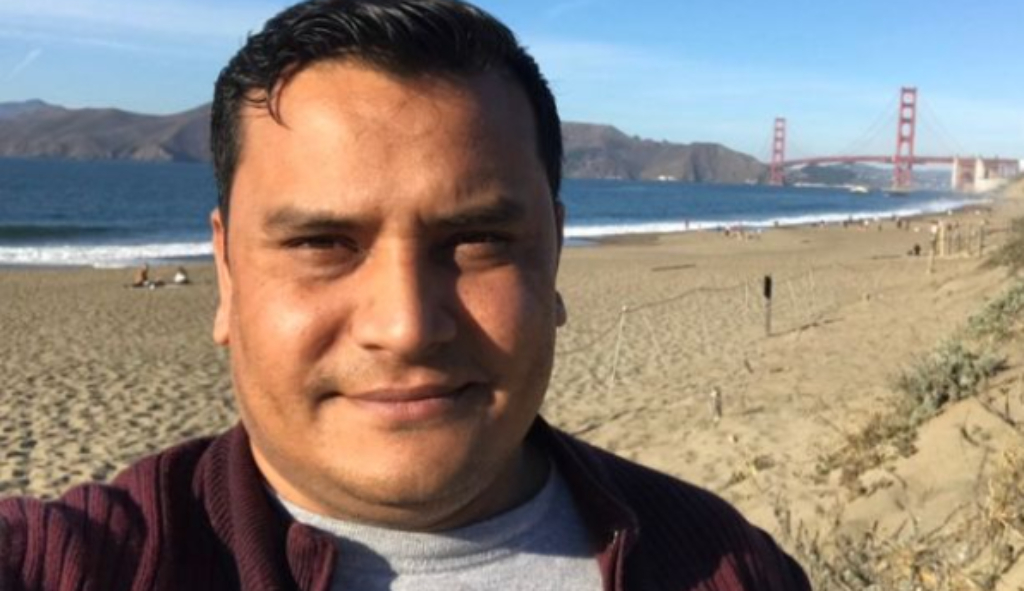 Who is Uber driver Subhakar Khadka?

Khadka, who is from Nepal, has now spoken out about the incident saying he was attacked after asking Kimiai to get out of the vehicle for not wearing a mask.

In an interview with The Guardian, Khadka described himself as a private person who just wants to work and support his family oversees, and says he is glad the video is being used as evidence of abuse.

“It’s not just the people in Ubers and Lyfts, it’s also people who work in gas stations.

"People from all over the world reach out to tell me they’ve experienced and report this type of behavior but because of lack of evidence it doesn’t go anywhere and people learn to live with it,” Khadka told the outlet. 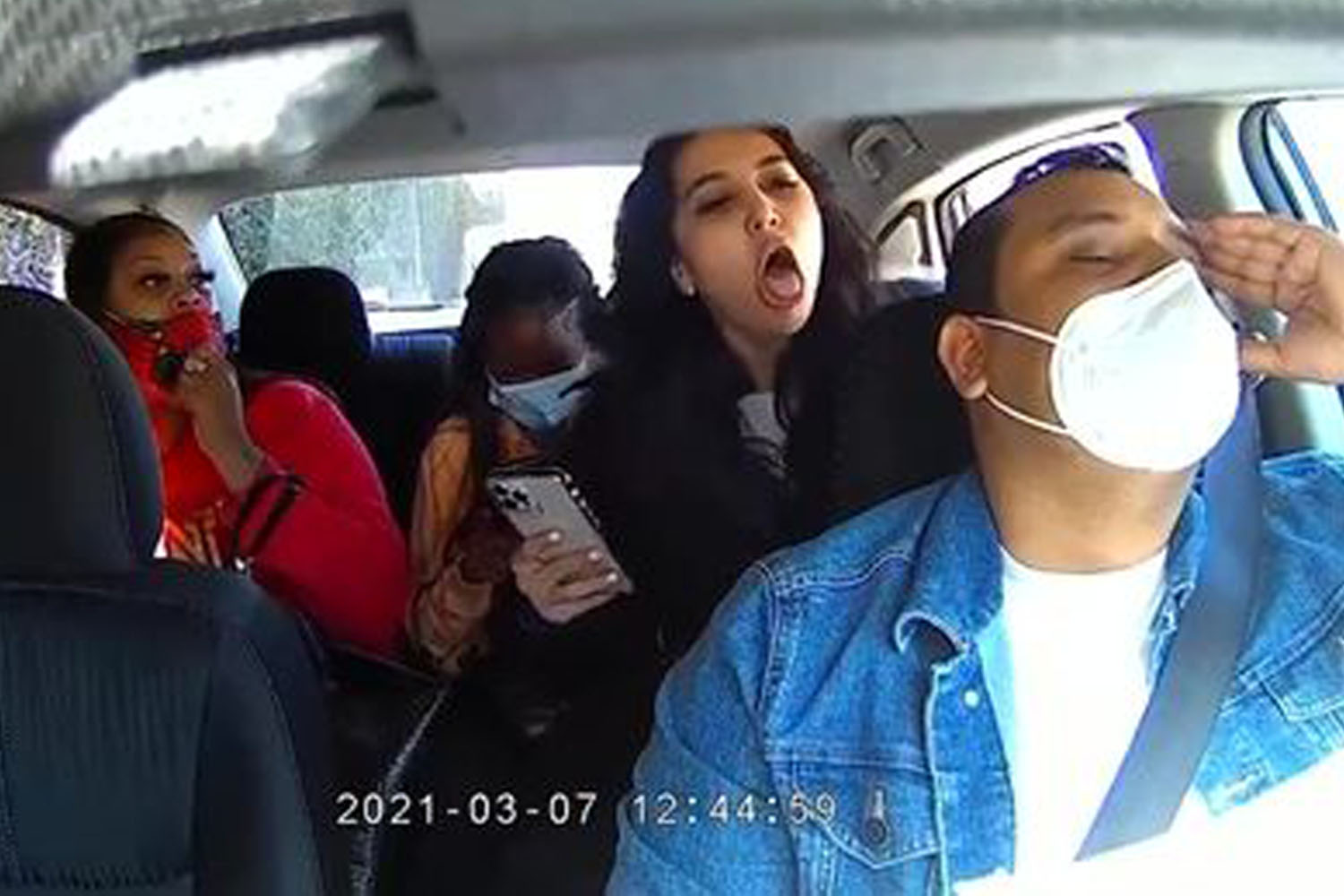 “I hope this can serve as an example so we can raise enough awareness so that when someone is assaulted hopefully they speak up and justice can be served."

The viral video prompted a police investigation after the outpouring of support for the driver.

“They tried to make it look like it was my fault even though they ordered Uber without a mask,” Khadka said.

“The girl that assaulted me started taunting me and asking how I could stop a car in the middle of nowhere but we were half a block from where I picked them up.”

Khadka said he pulled into a gas station so the rider could buy a mask.

However, he said while Kimiai was in the store the other two passengers allegedly began a barrage of violent threats and insults.

“Before the girl came back with her mask I had to listen to taunts about how they could shoot me in the face and call their boyfriends and cousins on me,” he recalled. 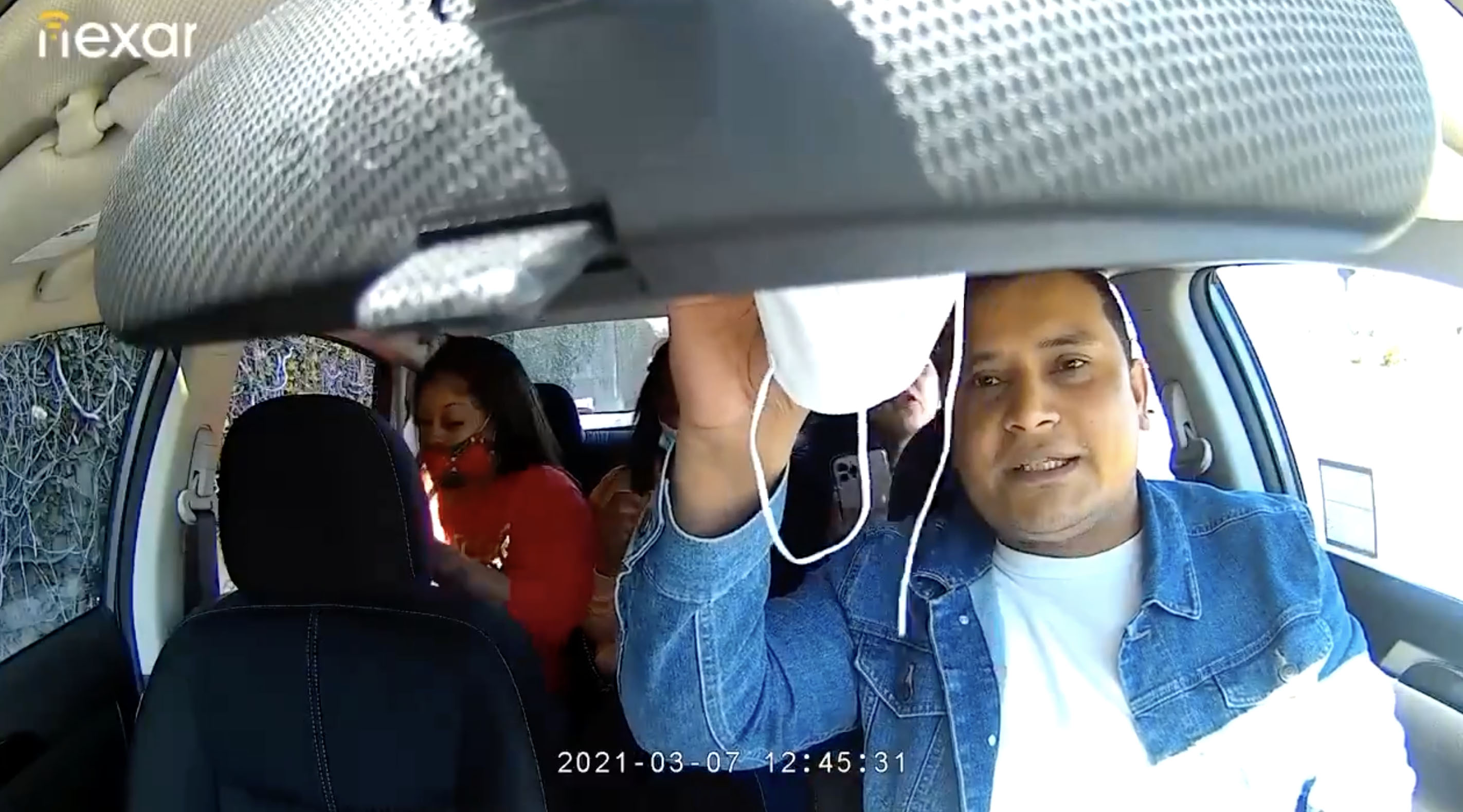 “They talked about how small my testicles are because of my race. They called me a goofy-ass N-word after every sentence.”

By the time the passenger came back to the car with a pack of masks, Khadka decided that the trip was not worth the risk to his safety.

“I told them that the ride was over and to please get out of the car,” Khadka said.

“They kept taunting me, telling me that I’m nobody and that they would stay in the car. It was three ladies versus one guy who can’t even verbally defend himself in English.”

Khadka said that he turned his camera on when he realized they weren’t exiting the vehicle, and that was when the woman started coughing into his face and screaming at him.

Have Arna Kimiai and Malaysia King been arrested?

On March 11, the Las Vegas Police Department said King was taken into custody on charges of assault with a caustic chemical, assault and battery, conspiracy and violation of health and safety code.

Now, according to local media reports, Kimiai's lawyer has said she will turn herself in to the San Francisco Police Department to face similar charges. 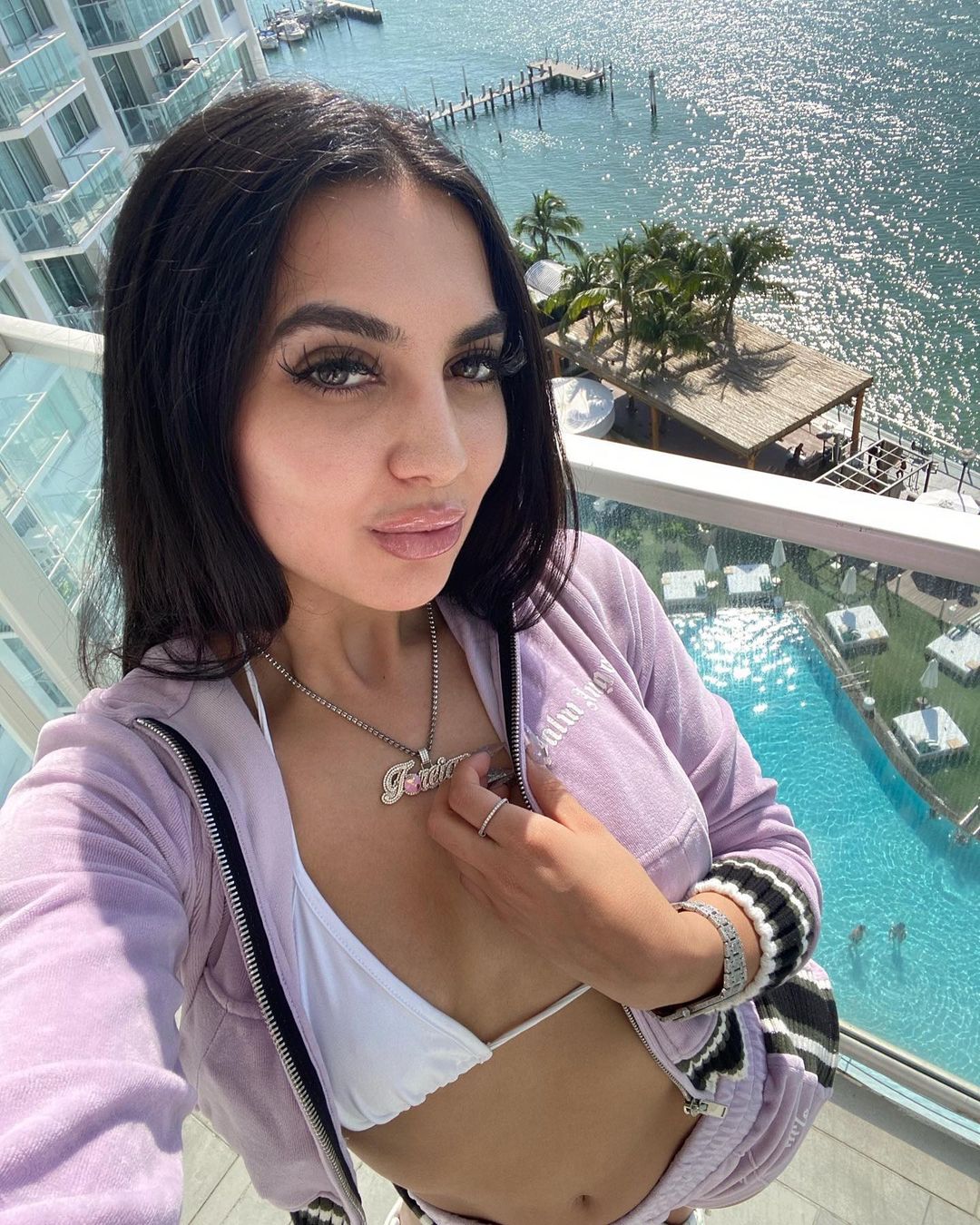 Days after the incident, instead of apologizing, Kimiai went on the offense, saying she would have done much more damage to Khadka, saying her boyfriend taught her not to let an Uber driver drop her off in the middle of the road.

"All I did take his mask off and cough a little bit but I don't even have corona," Kimiai said.

She did somewhat walk back that action, however, but did not fully apologize.

She then ended by saying she was never a fan of the Uber platform – which has since banned her – and instead takes their rival.

After her comments, Lyft also preemptively banned her from their service. 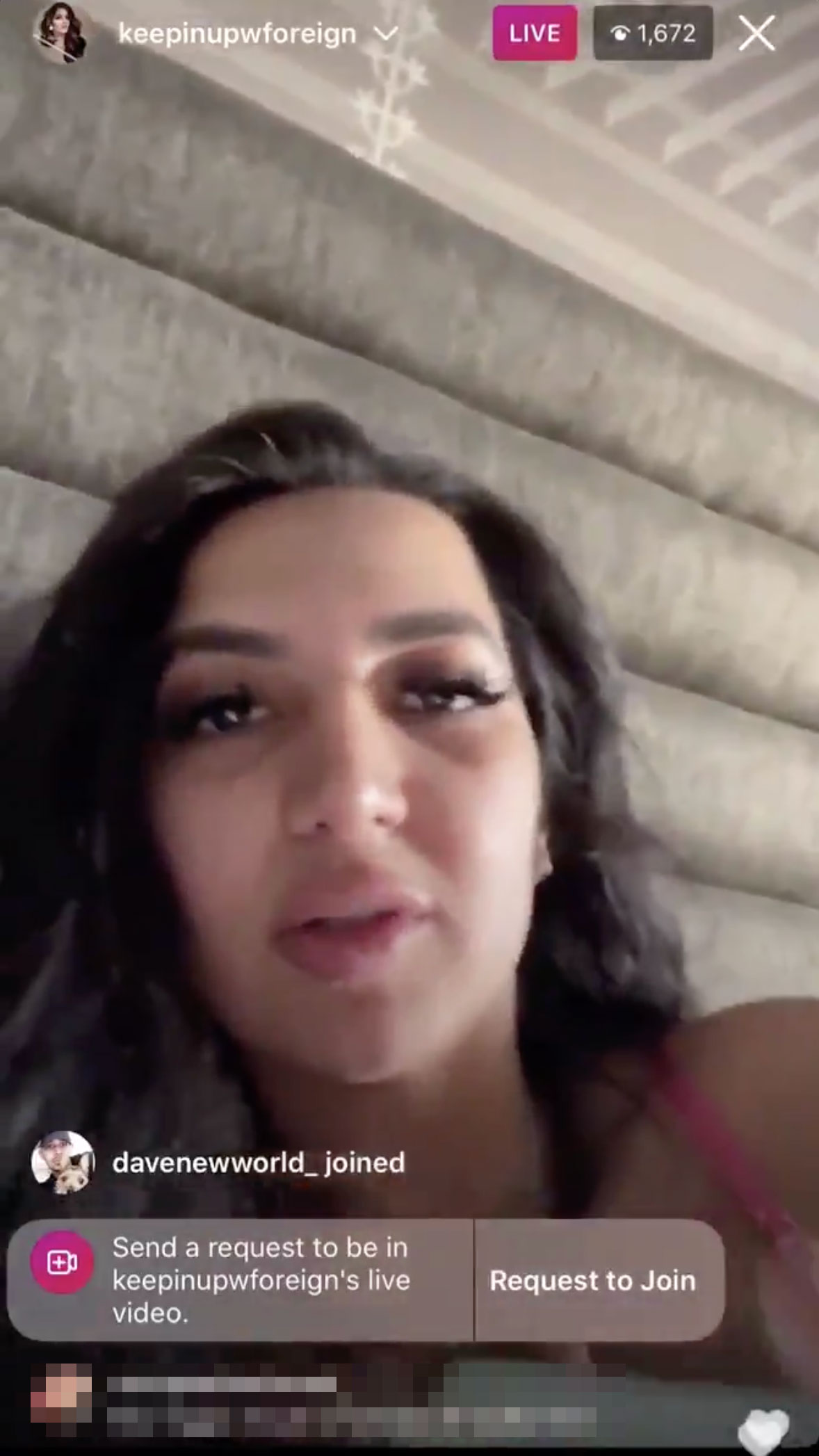 Has Uber and Lyft spoken out about the incident?

Following the viral video, Uber said their team was investigating the situation.

"This behavior is completely unacceptable and goes against our Community Guidelines.

"Our team has investigated this situation, and removed the Rider's access to the Uber platform," Uber said on Twitter. 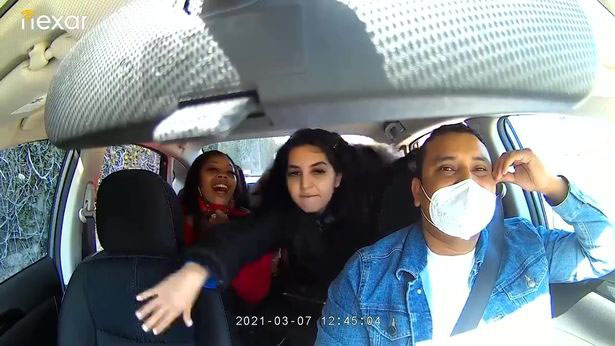 Khadka said that Uber initially offered him $20 in cleaning fees, “The frustration was that I asked for the cleaning fee and then they gave me $20 then $40 but I knew the extent of the damage to my car.

"Those droplets are everywhere; it’s not safe to drive. I explained that and nothing was done," the driver said.

Khadka said the company has since deposited $250 – the estimate for cleaning that Khadka sent to Uber – in his bank account.

However he said once his story became international news, a representative for the company offered more money in medical expenses and to compensate for the time he is taking off of work.

Uber said it offered him additional money and other forms of support in recent days, according to an email obtained by The Guardian.

Nonetheless, Khadka said he has yet to accept their offers for additional compensation. 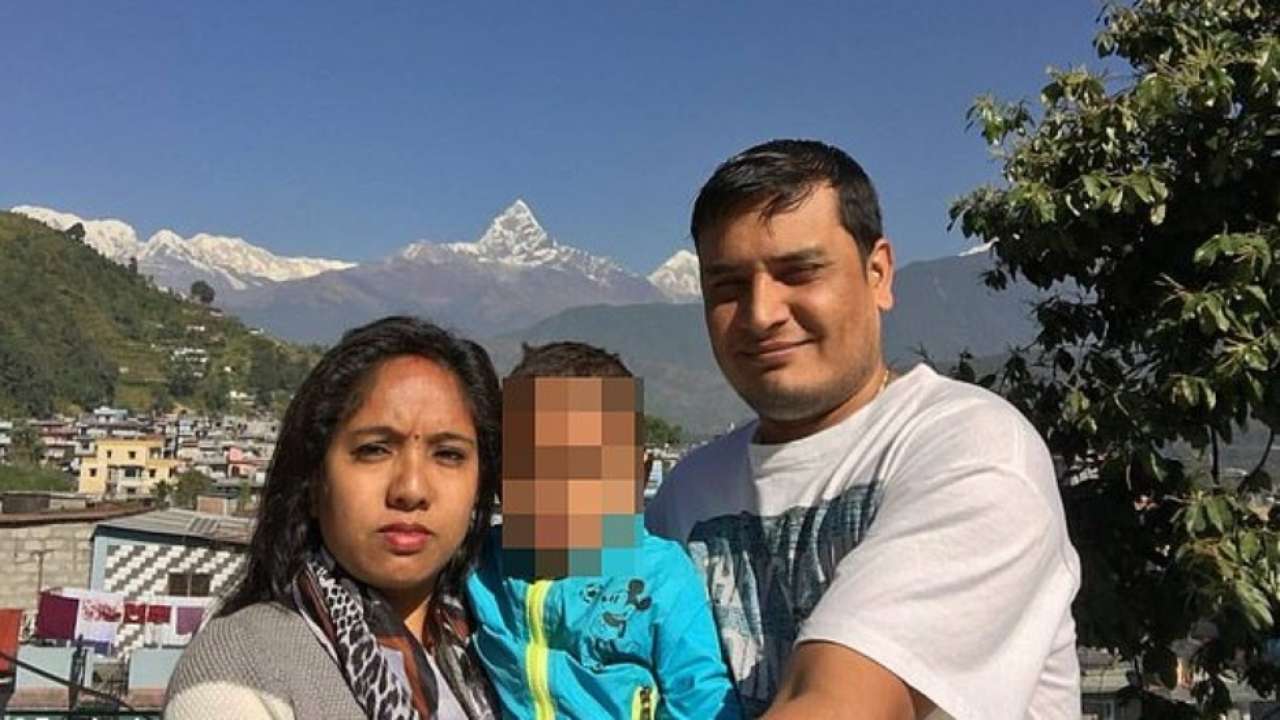 Lyft has since banned Kimiai from their app.

"Although this incident did not involve the Lyft platform, the unacceptable treatment of the driver in this video compelled us to permanently remove the rider from the Lyft community," the company said in a statement.

"Driving in a pandemic is not easy. Please wear a mask, respect one another, and be a good person."