HOUSTON Tumlin’s girlfriend Charity Robertson has opened up about her grief over the actor’s death, after he committed suicide on Tuesday in his Alabama home.

Charity took to Facebook to express her profound "hurt" over the loss, as fans and friends rushed in with supporting comments. 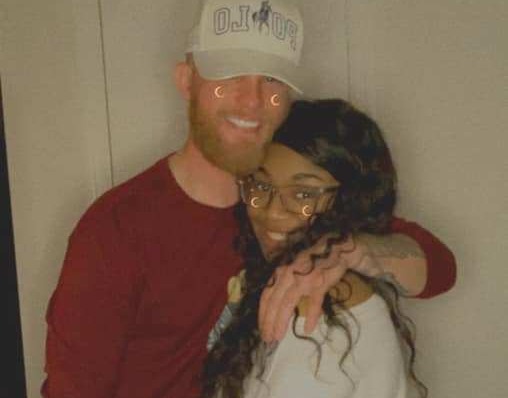 She is also the girlfriend of Houston Tumlin, a child actor who starred as Walker Bobby in 2006’s Talladega Nights: The Ballad of Ricky Bobby.

Houston was found dead by suicide on Tuesday, at the age of 28.

According to her personal blog, Just Charity Things, she is a junior at the university, majoring in Communications with a concentration in Public Relations and a minor in English.

Her blog includes posts about her chosen career path – PR – and posts about the pandemic, as well as a post about racism.

Charity is an active social media user, frequently posting images with her family and friends. 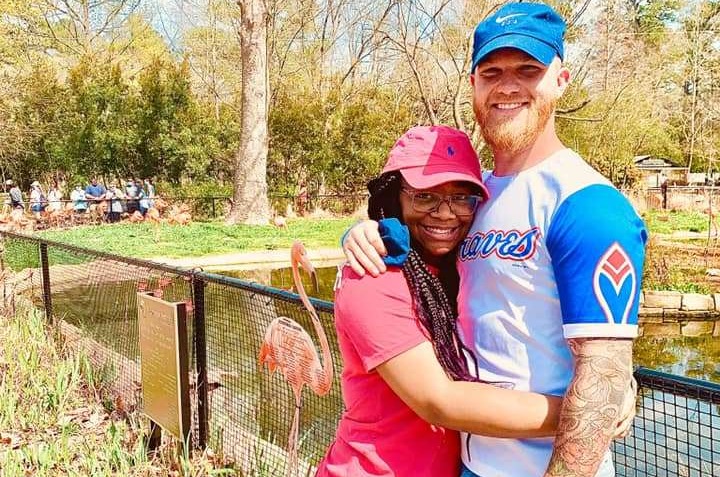 How long have Charity Robertson and Houston Tumlin been dating?

While it was not clear how long Charity and Houston had been involved, Houston took to Facebook to note that they were officially in a relationship earlier this month.

Posts on Charity’s Facebook page suggests the pair had been involved for a fair bit longer.

Several weeks ago, Charity posted a picture collage of Houston on her blog, with the caption “These photos tell the story of a man who is a veteran, enjoys collecting shoes, and loves tattoos”.

According to TMZ,Charity was at the home when the suicide occurred at around 4:30 pm. 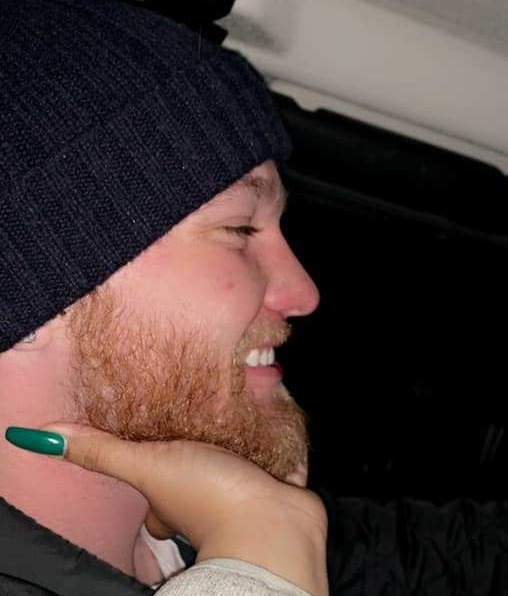 Shelby County Coroner confirmed to The Sun that Houston died by a self inflicted gunshot wound to the head Tuesday afternoon at his Pelham, Alabama home.

As of yet, no suicide note has been found at his place.

What has Charity Robertson said about Houston Tumlin's death?

Charity took to Facebook yesterday to express her profound "hurt" over Houston’s death.

With a series of sweet photos with her boyfriend, she captioned her devastating post: "I’ve never experienced a hurt like this before. I feel numb, I feel defeated, I feel lost.

"I feel empty. My heart is absolutely shattered.My sweet, sweet baby.. Our time together was one of the best experiences of my life.

"I’ll miss your big heart, caring spirit, infectious laughter, & oh man could the list go on. I love your smart mouth, your 'i’m always right' attitude, your hugs, your kisses, your touch.. Just YOU!" she wrote.

"I just still feel like this is a really bad dream that I can’t wake up from.One thing is for sure though, I have the absolute best guardian angel a girl could ever wish for cause everybody knows you don’t play about me .

"I love you so much Houston Lee & thank you for loving me so passionately and unapologetically for the time we had each other." 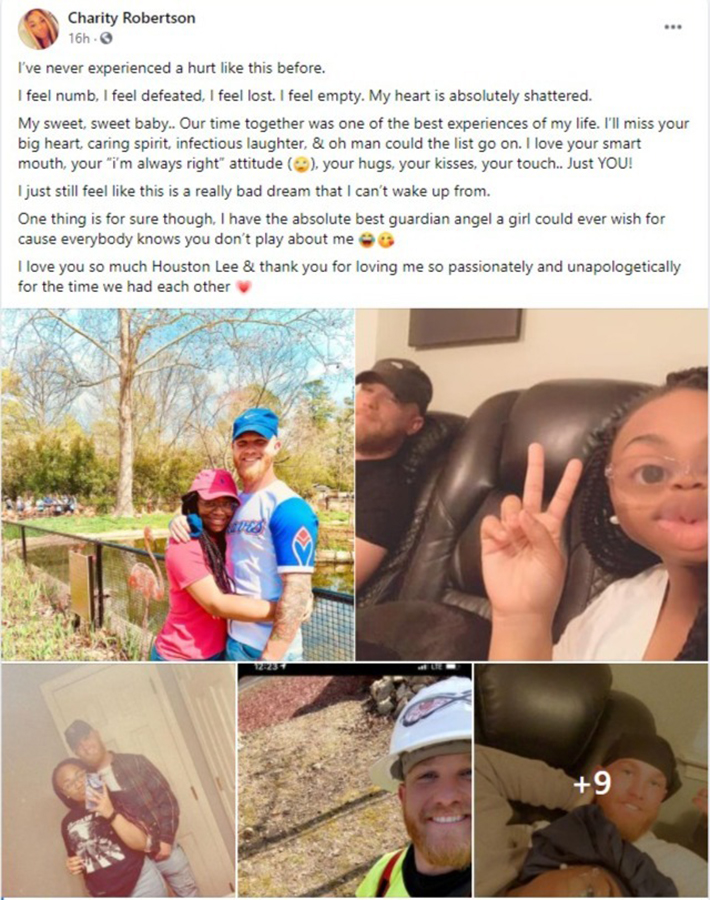