Bird of pay! Falcon sets new world record after selling for £337,000 after a bidding war at auction broadcast live on Saudi TV

A new world record for the most expensive falcon ever sold has been set at a Saudi auction after a US white Gyrfalcon fetched nearly half a million dollars.

The auction was held at the organisation’s headquarters in the city of Malham, just over 40 miles north of the Saudi Arabian capital Riyadh on Sunday.

The falcon is under one year old and comes from the American Pacific Northwest Falcons farm, which is deemed to be one of the best breeding farms in the world, according to the Saudi Press Agency. 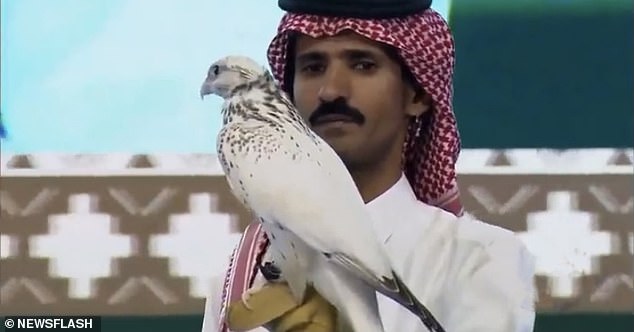 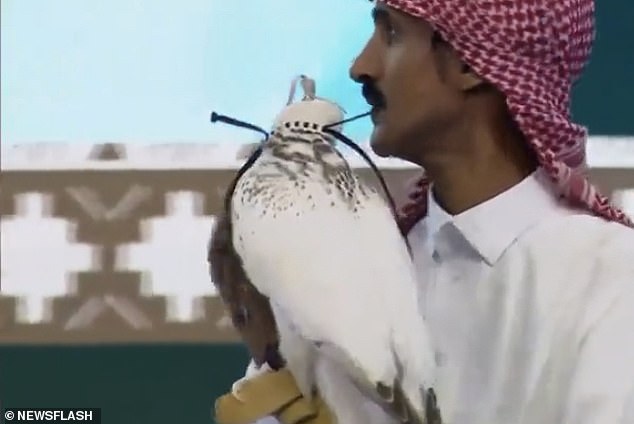 The annual auction drew participants from breeding farms from 14 different countries this year and was broadcast live on Saudi television and on social media, while the prized white Gyrfalcon saw fierce bidding from interested parties.

Falconry has a long and rich history throughout the Middle East, with the wealthy known to often spend large sums of money to acquire the birds, but this is the first time that one has sold for such a high amount.

According to IFBA, there are over 20,000 falconers in Saudi Arabia alone, and the birds are revered to the extent that in July 2017 a royal decree was passed to create an association of falconers, which aims to protect the species while maintaining the time-honoured Arabian practice of falcon training.

The raptors had long been used across the Arabian peninsula for hunting purposes, but when a ban on hunting across much of the desert region came into effect in 1975, falconry turned from a utilitarian practice to pageantry.

Nonetheless, the ‘sport of kings’ remains an extremely well-practiced hobby throughout the Gulf region, and while falconry is often associated with the region’s wealthy royals and elite, it still constitutes a major part of popular Saudi culture.

The King Abdulaziz Falconry Festival, held annually near Riyadh in December, earned a spot in the Guinness Book of World Records in 2019, when a staggering 2,350 falcons were recorded in attendance. 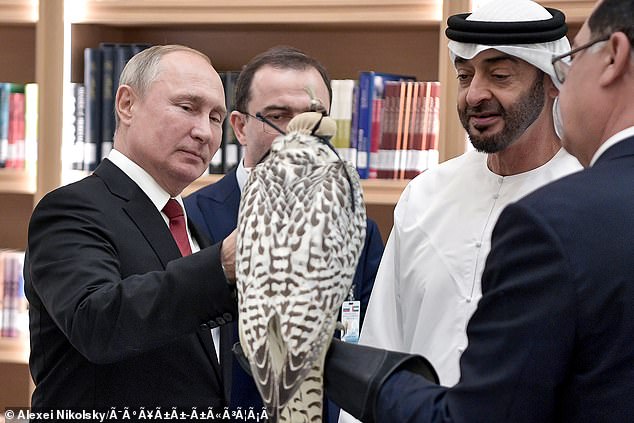 In October 2019, Russian President Vladimir Putin (L) gave a gyrfalcon as a gift to Crown Prince Mohammed bin Zayed Al Nahyan of Abu Dhabi (2nd R) on a visit to the UAE

In the Gulf region, owning a falcon is seen as somewhat of a status symbol, and the birds are often presented to wealthy and powerful individuals as gifts.

The white gyrfalcon, the largest of the falcon species, is a bird of prey and the only predominantly white falcon.

Gyrfalcons are particularly diverse in their colour, with white, silver, brown and black falcons common, though they can be coloured on a spectrum from all-white to very dark.