One of the oldest synagogues in the world is the Altneuschul in Prague, which was completed in 1270. The synagogue’s attic is said to hold the body of the mythical Golem of Jewish folklore. 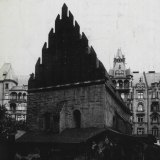 While visitors walk through the gothic archways and are shown through the large men’s section, they are not given the opportunity to sit and look through the women’s section, as there isn’t one. The women’s “section” of the synagogue is an outer room of the building, with women expected to watch services through small windows in the thick stone walls.

While a synagogue would not be built like this today, in Orthodox congregations around the world men and women are required to be segregated when they pray and there are still separate sections for men and women, although usually in the same room.

I am an Orthodox Jewish woman who lives in Melbourne. I grew up in a family that is deeply traditional; as a child I would watch my dad go to daily prayer services and along with my siblings I would attend synagogue each week on Saturday for the Jewish Sabbath.

Yet despite my strong religious upbringing, I never had a strong connection to the synagogue, where I was always “put to the side”. This is not only a matter of physical location, but the way that Orthodox Judaism regards the role of women.

While modern synagogues are trying to make their physical design more equitable, most women still feel like they are observers to the tradition. Not that much has changed in Australia to advance the role of Orthodox women, but around the world things are beginning to shift. 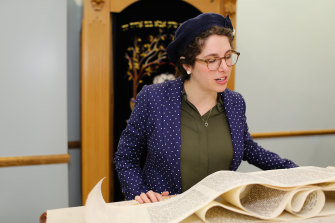 I care deeply for the tradition I was brought up in, but I also believe that things can be better for women while staying within the rules of orthodoxy. That is why, this year, I established the first Australian branch of the Jewish Orthodox Feminist Alliance, a global organisation of women who are seeking to change things in orthodoxy, within the tradition, to push the agenda of women.

Judaism is an ancient religion and doesn’t necessarily like change. But sometimes change is inevitable, as the emancipation of women comes swiftly in all other areas of society.

Perhaps the pandemic has been the pause we all need to reassess what changes need to be made before we return to our communal places of worship. Women have had the chance to stop and think about their weekly religious practices and question why they accept second-class treatment in their religious lives when they would never allow such treatment in their careers.

When services resume, Orthodox women want to be seen and heard. We want meaningful opportunities for advancement and leadership.

Nomi Kaltmann is a Melbourne lawyer who writes on Jewish life and culture.