BLOODIED sheets, green puss oozing from burst stitches and lips so big they could explode.

This sounds like the makings of a gruesome horror film, but they're just some of the gruesome stories told in the new series of When Cosmetic Surgery Goes Horribly Wrong. 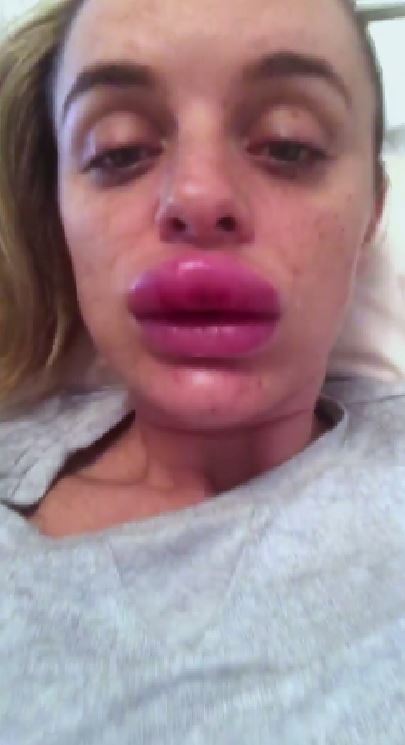 The Channel 5 documentary reveals patients' surgery nightmares, including a woman who was left with a 50p-size hole under her nipple and a man whose nose peeled off after going under the knife.

In 2011, Sue Briddick, 58, from Brighton, decided to get surgery after extreme weight loss left her with surplus skin on her stomach.

Sue researched different clinics and kept a close eye on reviews for a year before eventually booking her tummy tuck for £3,000 in Turkey, a treatment that would have cost her £11,000 in the UK. 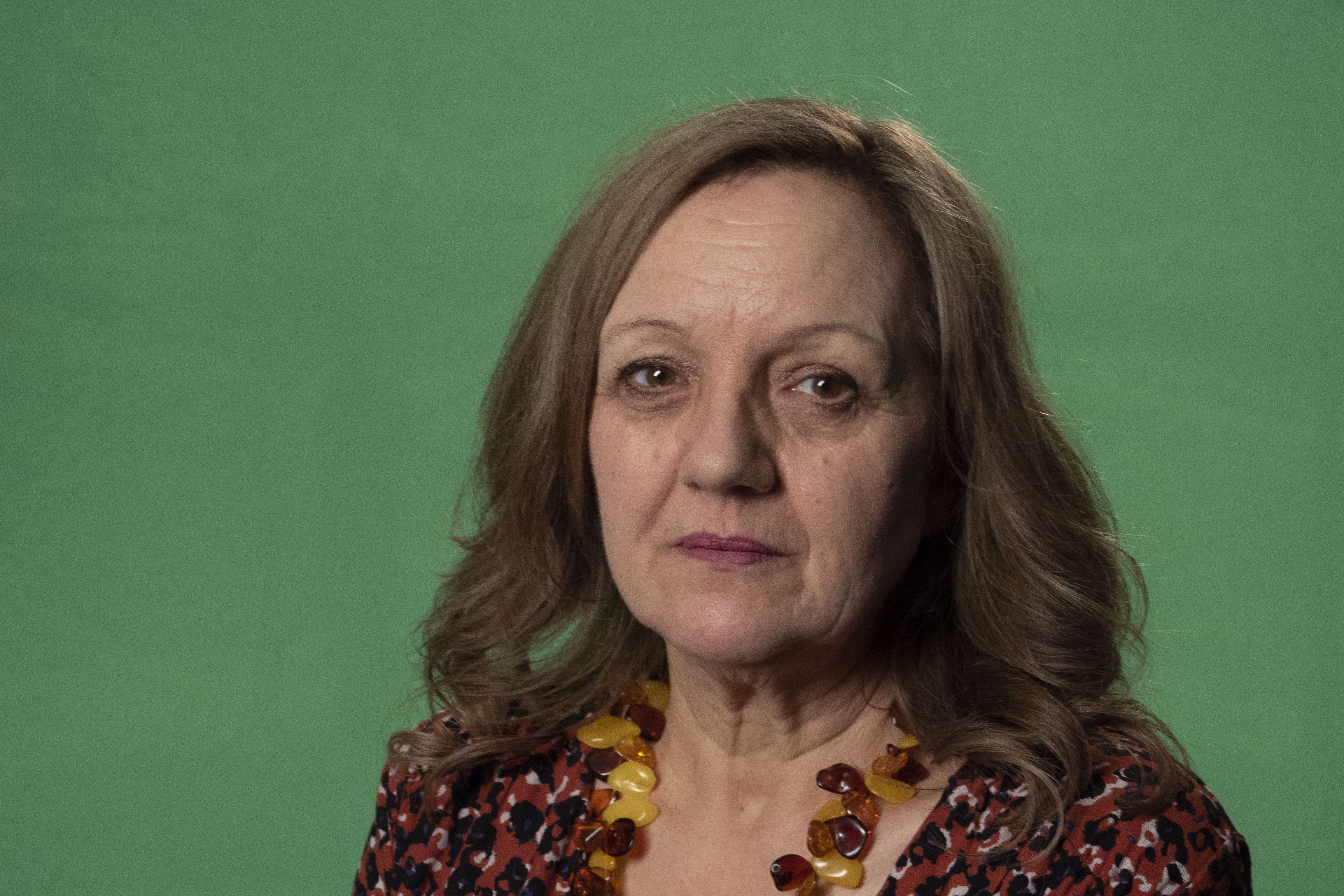 When she woke up after the operation, Sue realised that without her permission, the surgeons had given her a boob job and liposuction as well as the tummy tuck she had booked in for.

“I just thought, hang on a minute, my chest hurts,” she said. “I’d realised they had done my breasts and not just a tummy tuck.”

Instead of inserting the implants under the breast, they inserted them through the open flap of her tummy tuck, one of the most dangerous ways to carry out the procedure. 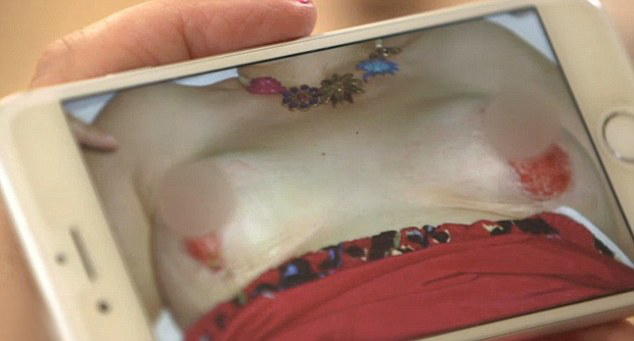 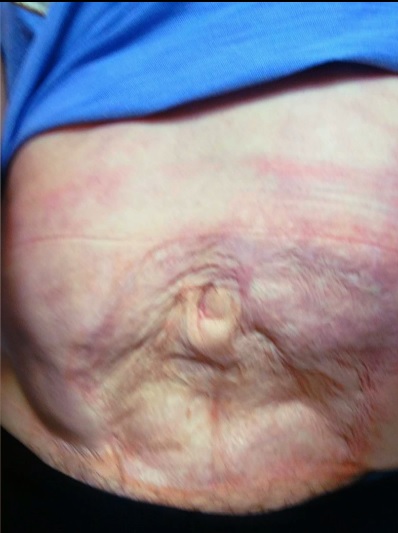 “They did liposuction too which I didn’t know anything about,” she added.

To make things worse, during the procedure, the doctor had cut off blood supply to her stomach and the surrounding tissue had died and become infected.

Sue wasn’t fit to fly but worryingly her surgeon signed her off. She flew back to Gatwick just days after her operation and was immediately rushed to hospital.

She said: “They were absolutely horrified by what they saw. I spent a month in hospital where they gave me multiple procedures and saved my life.”

Barrie Fairbairn, a solicitor from Leicester, lost part of his nose from an infection after being injected with Bio-Alcamid filler in 2005 – a procedure that set him back £1,000.

Barrie was initially happy with the results, so he went for a top up in the London clinic a few months later – a decision he would regret for the rest of his life. 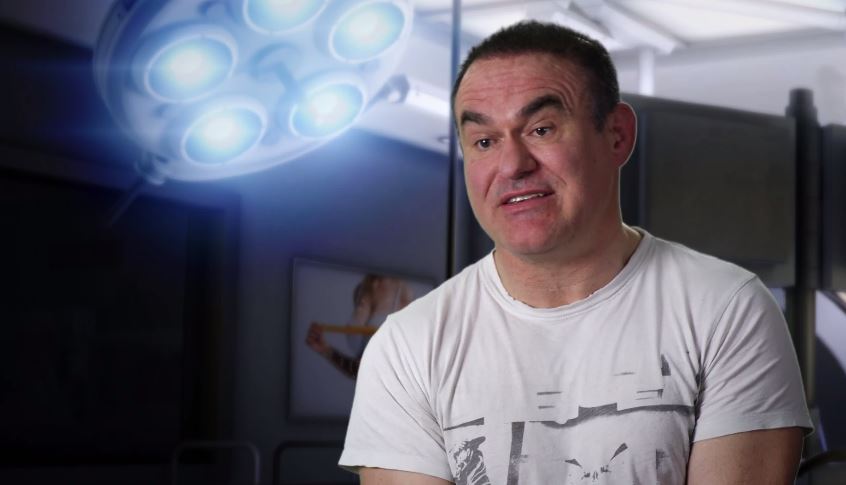 Barrie left the clinic with a small bruise on his face but didn’t think anything of it until he was back at home.

Just hours later his face was in agony, so Barrie went to A&E where he was prescribed painkillers. But in the morning, he was in for a nasty shock.

The filler had cut off the blood supply to the right side of his nose, causing the tissue to die.

“My face was black and blue around the right side of my nose. I was actually able to peel my nose off my face – and there was no bleeding,” he said.

Barrie stayed in London for three weeks to be treated at the clinic and every day he woke up to find his nose a different colour. 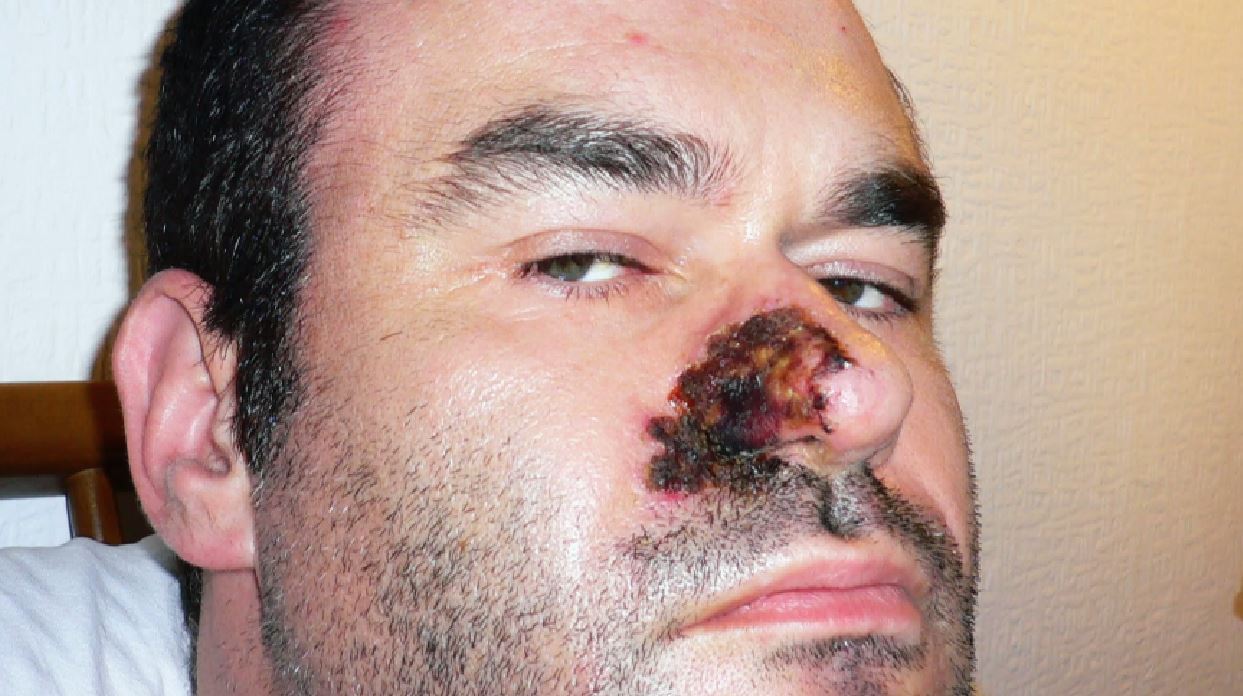 The sheets were covered in blood and green liquid

Jordan James Parke has transformed his image by having a nose job, chin implants, Botox and fillers to look like his celebrity idol Kim Kardashian – forking out £150,000 to pay for the procedures.

In his latest cosmetic venture, Jordan flew to Turkey to have a mini tummy tuck, back transfer, liposuction, bum implants and he also had his teeth done as part of a discounted package.

Not only did Jordan have fat injected into his buttocks, but he also had implants to create a fuller effect. 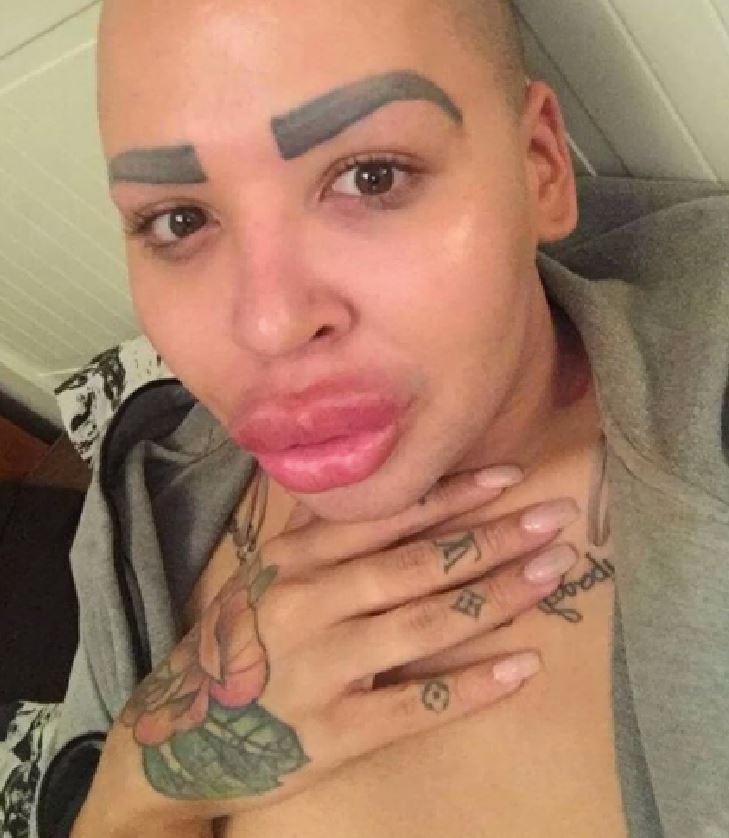 Jordan spent a painful week recovering in a hotel room before waking up one night to find the sheets covered in blood and a green fluid seeping out of his wounds.

He also started to develop necrosis so returned to the doctor to have the black lump removed.

He has since had more surgery on his bum in spite of his ordeal. 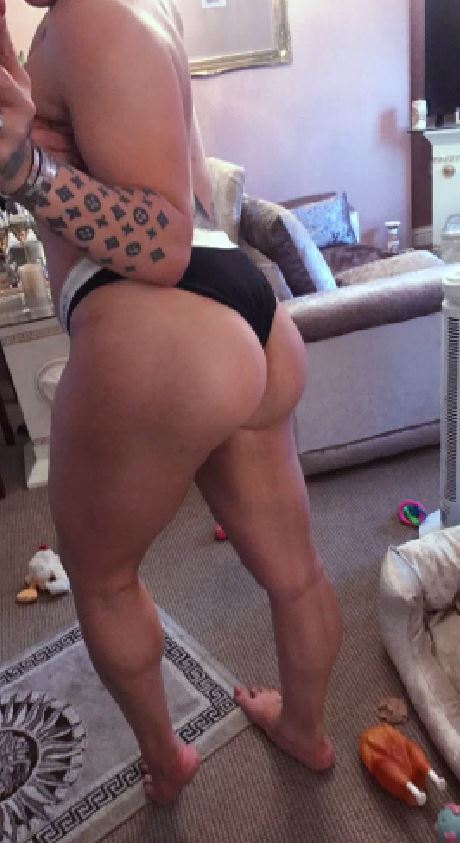 Face lift from a transit van

Famous boxing promoter Kellie Maloney lived as a man until announcing publicly in 2014 that she was undertaking gender reassignment.

In the first stage of her surgery, Kellie, 66, booked in for facial feminisation in a clinic in Belgium.

She explained: “I used to look in the mirror and didn’t like my face because it was quite manly.

“Someone said something about my nose being quite wide. It kept bothering me and every time I looked in the mirror I just looked at my nose.” 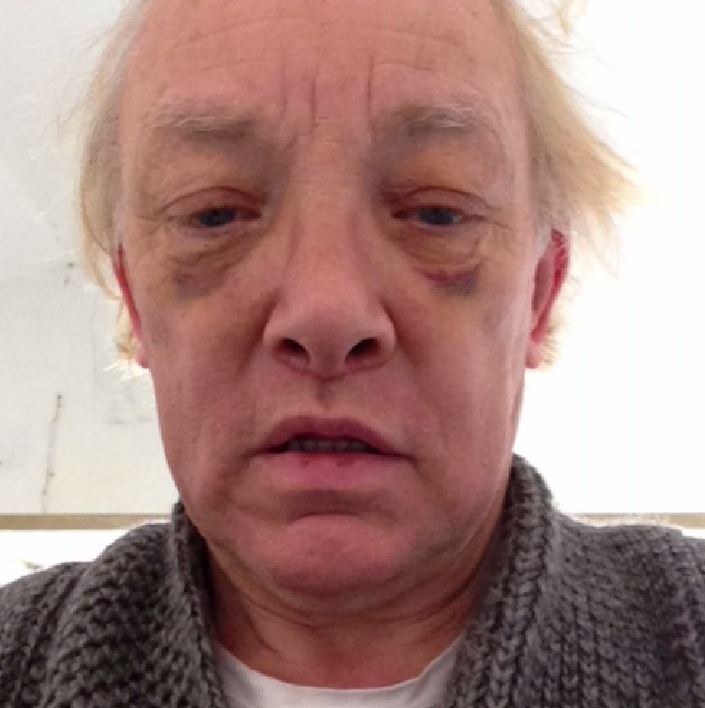 It was only when she arrived that she discovered she had booked her treatment in a beauty parlour and they were moving equipment off a transit van to do the operation.

Despite the circumstances, Kellie went ahead with the procedure.

The following morning, Kellie's face was so swollen she couldn't open her eyes. She was rushed to hospital where she was told she would die if they didn't operate.

Blood was oozing out of her head and wasn’t clotting so they put her in an induced coma. 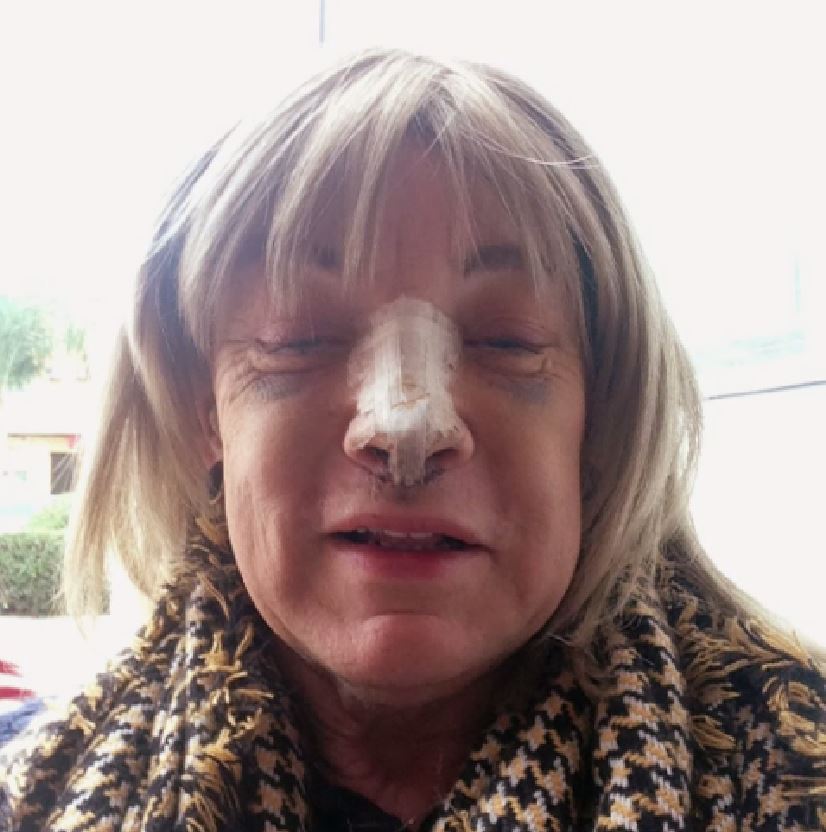 Kellie was in intensive care on a life support machine for nearly five days and was housebound in the UK for six weeks.

Now she has lost all feeling in one side of her lip which means she often dribbles when she is talking or eating.

I thought my lips were going to explode

Rachael Knappier, 29, was left with scar tissue in the middle of her top lip after she was hit in the face with a fire door when she was 13.

Rachael had tried Botox four times in an attempt to smooth out the bump so when a beautician told her she could fix it at a 'fizz and filler' party in 2018, she didn’t think twice.

“I was so drawn in I didn’t even ask what the price was I just had it done," Rachael tells the programme.

“It didn’t hurt until one injection passed through the centre of my lip.

“She told me it was completely normal and most people experience pain there."

The following night, Rachael the extent of her botched Botox was emerging.

“It felt like my tongue wouldn’t reach the end of my top lip,” she explained. “So I got out of bed and was faced with lips that were triple the size. I could see them when I looked down. They were touching my nose, I was in total panic.” 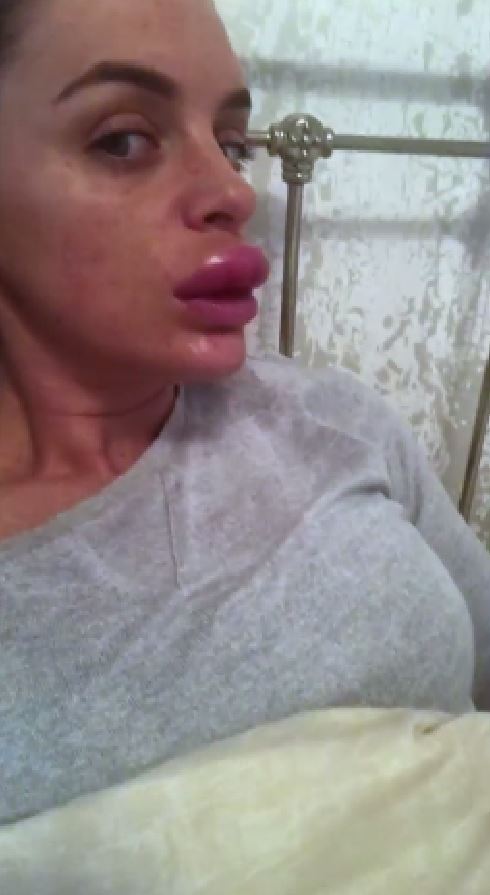 Rachael was rushed to A&E where doctors confirmed that filler had been incorrectly injected into one of her arteries.

Once a blood vessel is blocked, it only takes a few hours for the tissue to die and for the damage to become permanent.

Dr Aamer Khan, a leading expert in cosmetic and non-surgical procedures, explained: “All the vessels in the head are connected and it could have gone to her ophthalmic artery causing permanent non-reversible blindness in her eye.”

Rachael’s lips were pulsating but because of the extreme pressure there was nothing doctors could do.

Rachael didn't leave the house for seven days and was vomiting and shaking from the pain.

After seeing a local aesthetic nurse, she went to a clinic in London where they dissolved the filler and 72 hours later, her lips were back to normal. 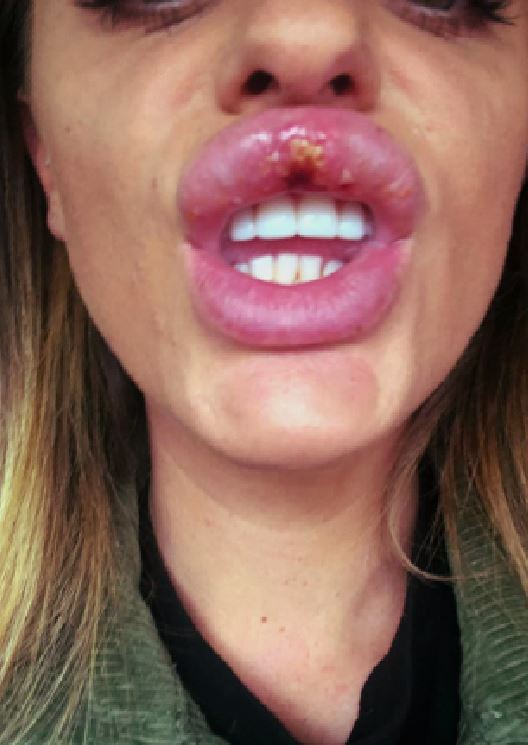 The stitches burst open and you could see everything

Samantha Sill, 50, from Worcester, spent years of her adult life suffering with back and neck pain from her large breasts.

In 2014, she found who she thought was the perfect surgeon to carry out a breast reduction from a J-cup to a C-cup on London's Harley Street – setting her back £5,000.

Just hours after surgery, Samantha became violently ill and was told that something had dislodged in the wound.

“There was a gap under my left nipple the size of a 50p. You could see everything,” she said.

Although the wounds were healing, thick, chunky scar tissue was forming in their place and Samantha’s concerns didn’t stop there.

“The nipples were also in the wrong position,” she said. “I plummeted into a dark hole and knew we were on a long road to recovery.”

Samantha went to a different surgeon for a second opinion who said she had been butchered and it was the “worst surgery he had ever seen.”

Samantha has hired a lawyer to launch legal proceedings against the surgeon.

After failed attempts to contact him over a number of months, proceedings were served on him in person.

She has since received a judgement by default at the County Court after the surgeon failed to file an acknowledgement of service.