THE milk crate challenge is the latest craze to hit the internet as social media users give it a try.

At first glance it sounds simple enough but it’s proving to be harder than it looks. 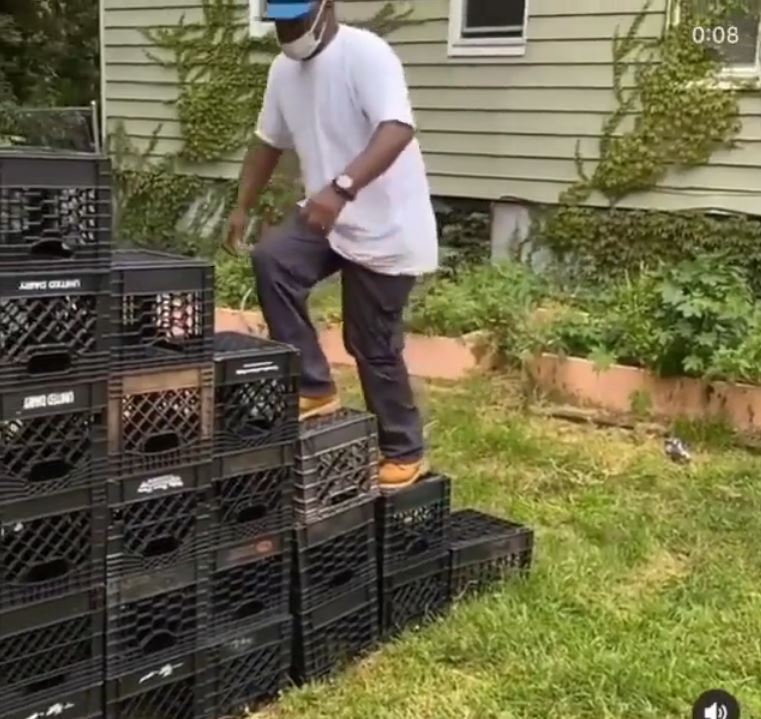 What is the milk crate challenge?

On paper the challenge seems easy – build up a stack of plastic milk crates into a staircase design and then just walk up and down the other side.

What’s so difficult about that?

But it's not as easy as it looks as a number of social media users will testify.

Using the hashtag #MilkCrateChallenge the internet has been floodedon sites like Twitter and TikTok as people give it a go.

The ordinary milk crate might seem sturdy enough but when they are stacked up on top of one another they provide little stability.

The situation is made worse with many attempts taking place on grass which doesn’t provide a smooth, flat surface – but no doubt gives a softer landing for those who come crashing down.

While some have easily completed the challenge many others have come to a sticky end, crashing to the ground.

The craze has swept the internet in August 2021 and people have even started placing bets on whether or not a person will successfully complete it or not.

Shauntica Williams, known as "Tic", is one of the few to have successfully completed the challenge.

She told The Grio: “I actually had just pulled up, and I had just seen them trying but I had already seen it on Instagram. So once I had seen them fall, I was just like man, they funny.”

She added: “I was like alright I’m bout to get up then. 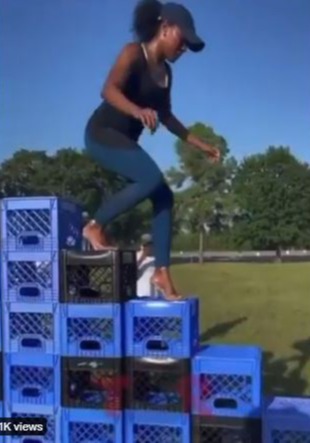 Who started the milk crate challenge?

Who or what sparked the current craze is far from clear.

Sir Veillance Studios, a multimedia production business, appears to have been one of the first to post footage of the challenge.

A guy known as "White Mike" is seen successfully completing the challenge while appearing to roll a joint as he walks over the crates.

The video was posted on August 21, 2021, although it is not clear if this was the first time the challenge was attempted.