IF YOU'RE a first-time voter, or you're unsure what to bring to the polls this Election Day, you will need to bring identification and a mask.

More than 99 million people have already voted in this year's presidential election.

⚠️Read our US election live blog for the latest news & updates

What do you need to bring if you’ve already voted?

There is no need to visit the polling stations on Election Day if you have already cast your ballot either by mail, early voting or absentee voting.

Nearly one-third of America's population has voted by mail this year.

Although deadlines for mail-in ballots vary by state, most states let you track your ballot online after you vote.

BallotTrax is one service your state might use, but others have their own systems or rely on the US Postal Service to monitor your ballot's location.

If you’re a first-time voter what do you need to bring?

Be sure to bring identification with you if your state requires it for you to vote.

Two-thirds of states expect you to provide identification to let you vote at the polls.

Voting will include a vote for the president and vice-president, one-third of the Senate, and all of the House of Representatives. 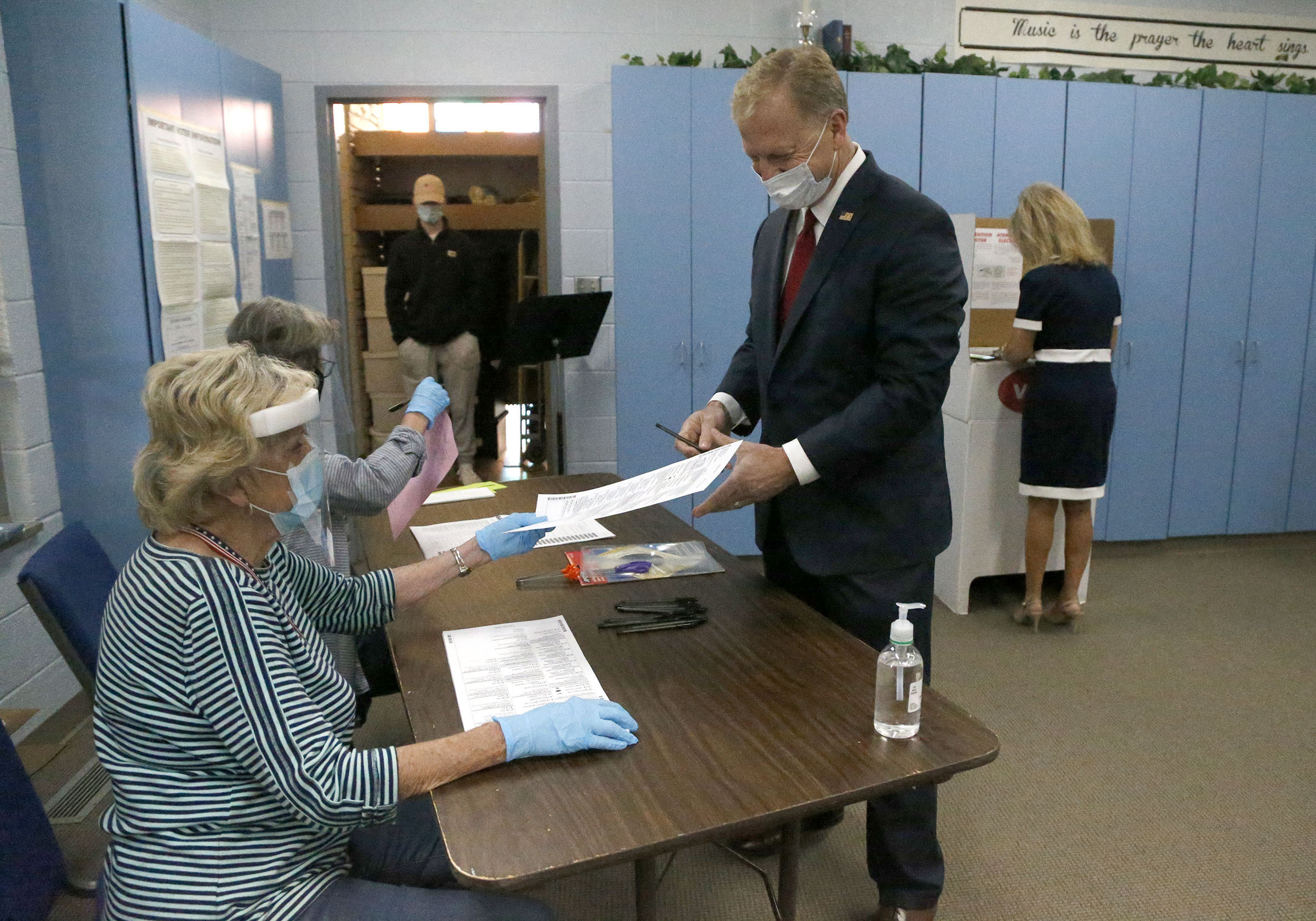 State and local elections will also be on the ballot in many areas.

Bring your mask and sanitizer as there will likely be quite a few people at the polls.

Look up your sample ballot ahead of time so you can vote efficiently and keep the line moving swiftly.

"A big reason I see lines at our county is that voters aren't prepared," Lisa Marra, the top election official in Cochise County, Arizona, told Business Insider in June.

"If you vote in person in our county, you get a sample ballot in the mail a couple of weeks before the election.

"That's your time to sit down to research those candidates, fill that out, and bring it with you on election morning."

Can I still vote if I'm not registered?

If you are not registered or are unable to be found in the registration system by poll workers, you can legally request a provisional ballot, or affidavit ballot and challenge ballot, as it is also known.

Provisional ballots ensure that voters are not excluded from the voting process due to an administrative error.

Bring a form of identification like your passport, driver's license, or state ID along with a document that shows your proof of address in case it is needed.

After the election, the Board of Elections will check its records and your vote will be counted if you are indeed eligible to vote and are at the correct poll site.

If not, you will receive a notice that you are not eligible, along with a registration application for future elections.

What time should I go and vote?

Voting kicked off from 6am today in some states, as Americans rush to have their say on Election Day.

Polls end at various times, depending what state you are in.

The longest lines will likely be those who plan to vote before or after work, in the early morning and late afternoon.

Be prepared to wait in line longer than usual.

Texas eliminated straight-ticket voting, which allowed voters to vote for every candidate of a certain party on their ballot, meaning voting ballot sheets will take longer to fill out.

When will the election results be announced?

The closing times for polling stations vary from state to state and in some cases by town and city.

The first polls will close at 7pm EST and all polling stations have to close by 9pm ET on November 3.

The US election result is not expected to be announced the night of the election on November 3 due to the coronavirus pandemic and mail-in voting.

Votes will be counted in each state with a running total usually updated live.

Media outlets will predict which candidate has won a state by judging a majority when they believe a candidate cannot be beaten.