A WEATHER presenter has stunned viewers with an epic drum solo to the BBC News theme tune.

Owain Wyn Evans won thousands of new fans after sharing a clip of him rocking out to the Beeb’s bulletin on Twitter. 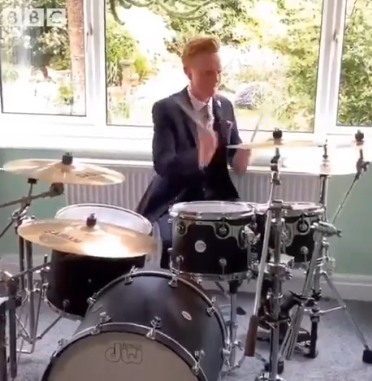 The clip has since been retweeted nearly 9,000 times by fans in just a few hours.

Owain wrote: “When they said try working from home I didn’t realise they’d expect me to do the music too.”

Viewers loved his performance and have congratulated the host on “winning 2020”.

When they said try working from home I didn’t realise they’d expect me to do the music too.

One man wrote: “I nearly shattered my index finger I retweeted this so hard.”

Another woman said: “Brilliant! I want this on the hour, every hour. And the quiff didn't shift a bit!”

One tweeter wrote: “Oh my goddd. You are INCREDIBLE. I love you so bloody much. Thank you for all the joy you bring to the world on the regular.”

Another man tweeted: “Owain just won the first half of 2020 … maybe the whole of 2020!!” Owain became BBC North West Tonight's permanent weather presenter in September last year. He presents every weekday evening alongside Roger Johnson and Annabel Tiffin and was previously a presenter on BBC Look North. 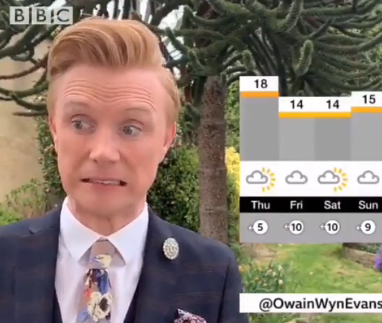 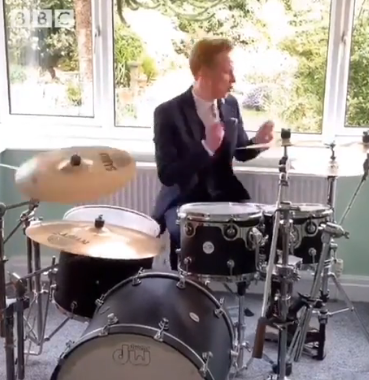