WATERGATE reporter Carl Bernstein branded Donald Trump a “homicidal president” and accused him of offering up his supporters as "sacrificial lambs" at rallies.

Appearing on Anderson 360 Monday night, Bernstein said Trump was putting his supporters in danger by holding indoor rallies during the COVID-19 pandemic. 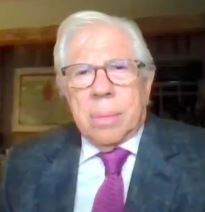 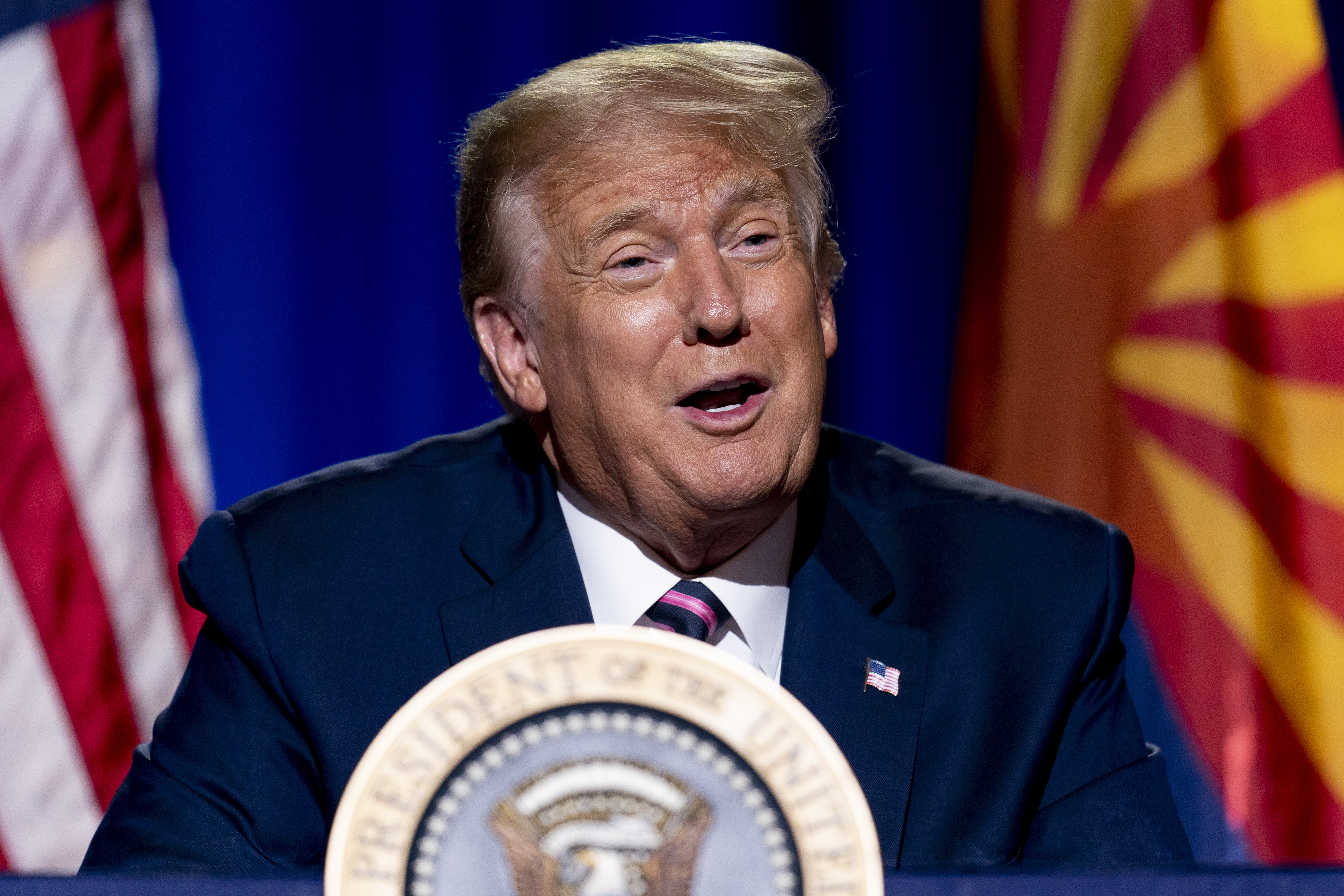 “You're witnessing a homicidal president convening, purposefully, a homicidal assembly to help him get reelected instead of protecting the health and welfare of the United States, including supporters whose lives he is willing to sacrifice,” Bernstein said in a scathing interview.

His comments came days after his Watergate reporter colleague Bob Woodward exposed Trump for intentionally downplaying the risks of the coronavirus.

Bernstein, a former Washington Post journalist who, along with Woodward, reported about Nixon’s cover-up after infiltrating Democratic Party offices in the Watergate Hotel, did not hold back in his attack on Trump.

“Here is this president, who has staked part of his presidency on the right to life, particularly of the unborn,” Bernstein said. “And every day he has sacrificed the lives of thousands of Americans because he is unwilling to deal honestly, forthrightly, meaningfully, with the greatest domestic crisis in our post-war history in this country.” 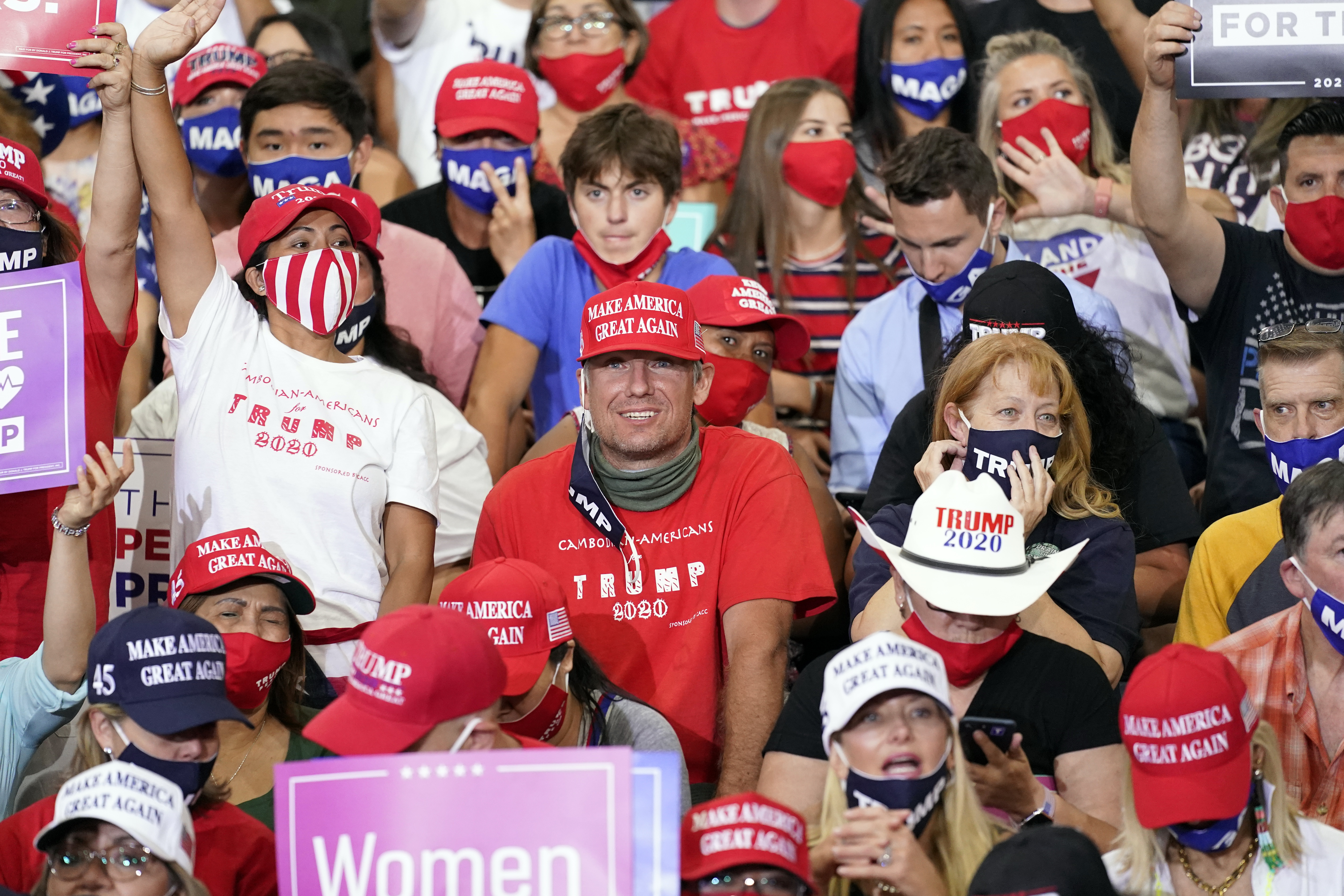 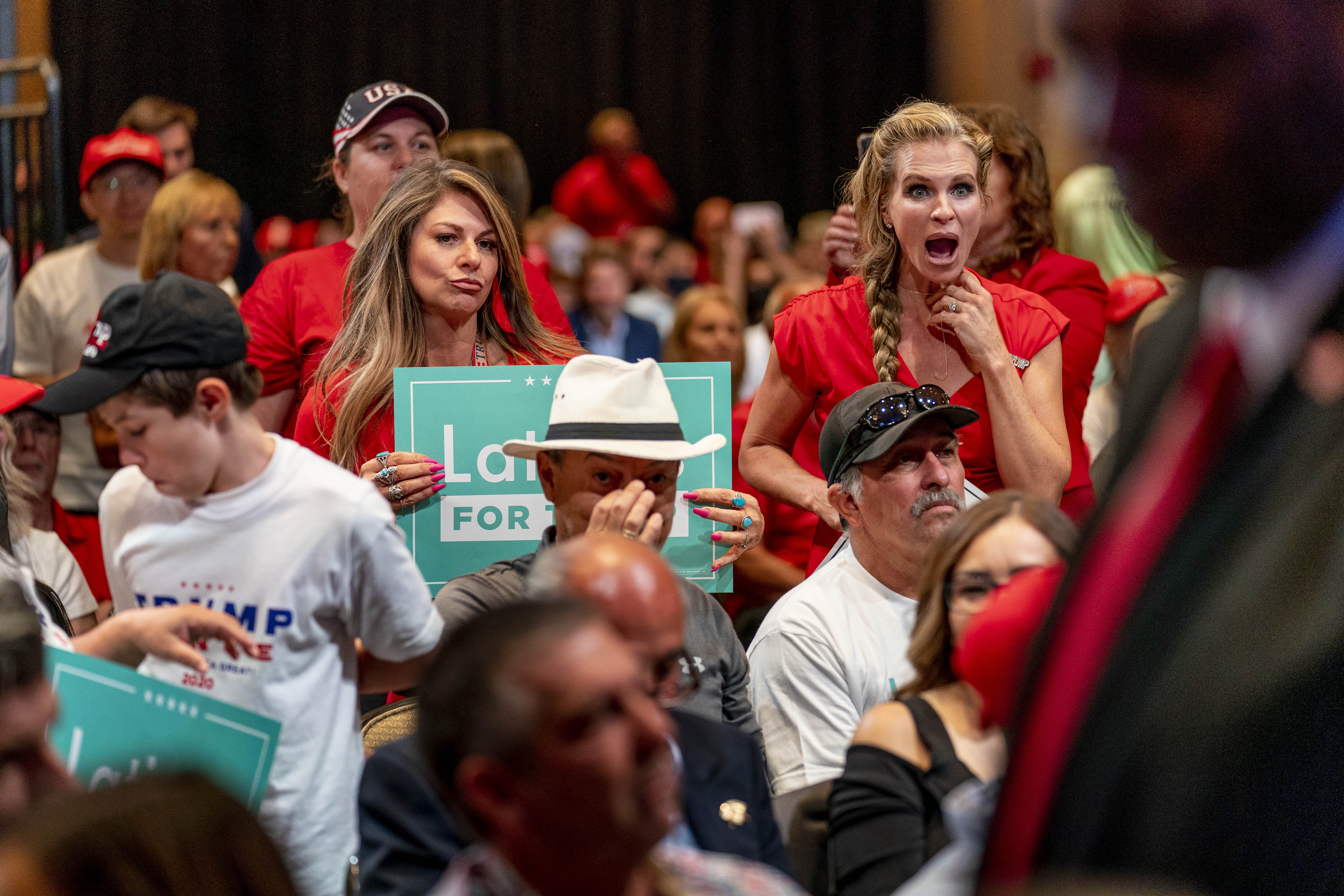 Bernstein continued bashing the president for his apparent hypocrisy. “Now we've seen in front of us, tonight, this homicidal assembly that the president of the United States has called his supporters to be sacrificial lambs. It's astonishing.”

Trump Tuesday called Bernstein a "nutjob" for his comments on Fox and Friends. "I assumed he was a little bit fair, I didn’t do it previously. He only writes bad books, and I actually got to read his last night — I read it very quickly and it was very boring," he said.

"Well, I mean, I know Carl Bernstein a little bit, he’s a nut job. He’s been a nut job for many years. He was the second, second wing," Trump continued. "I don’t have a lot of respect for either of them, frankly. But he was a total nut job and I see him. And he’ll say anything, no matter what you did."

Governor of Nevada Steve Sisolak said the guidelines were in place because of the White House.

"This is an insult to every Nevadan who has followed the directives, made sacrifices, and put their neighbors before themselves," he said, adding the city of Henderson was finding Xtreme Manufacturing $3,000.

Bernstein also added to his colleague Woodward's revelations in the book Rage showing the president downplayed the seriousness of the COVID-19 pandemic – and even held six indoor campaign rallies after telling Woodward he knew the pandemic was serious.

"It goes through air, Bob. That's always tougher than the touch. You know, the touch, you don't have to touch things," Trump told Woodward in his book. "Right? But the air, you just breathe the air and that's how it's passed." 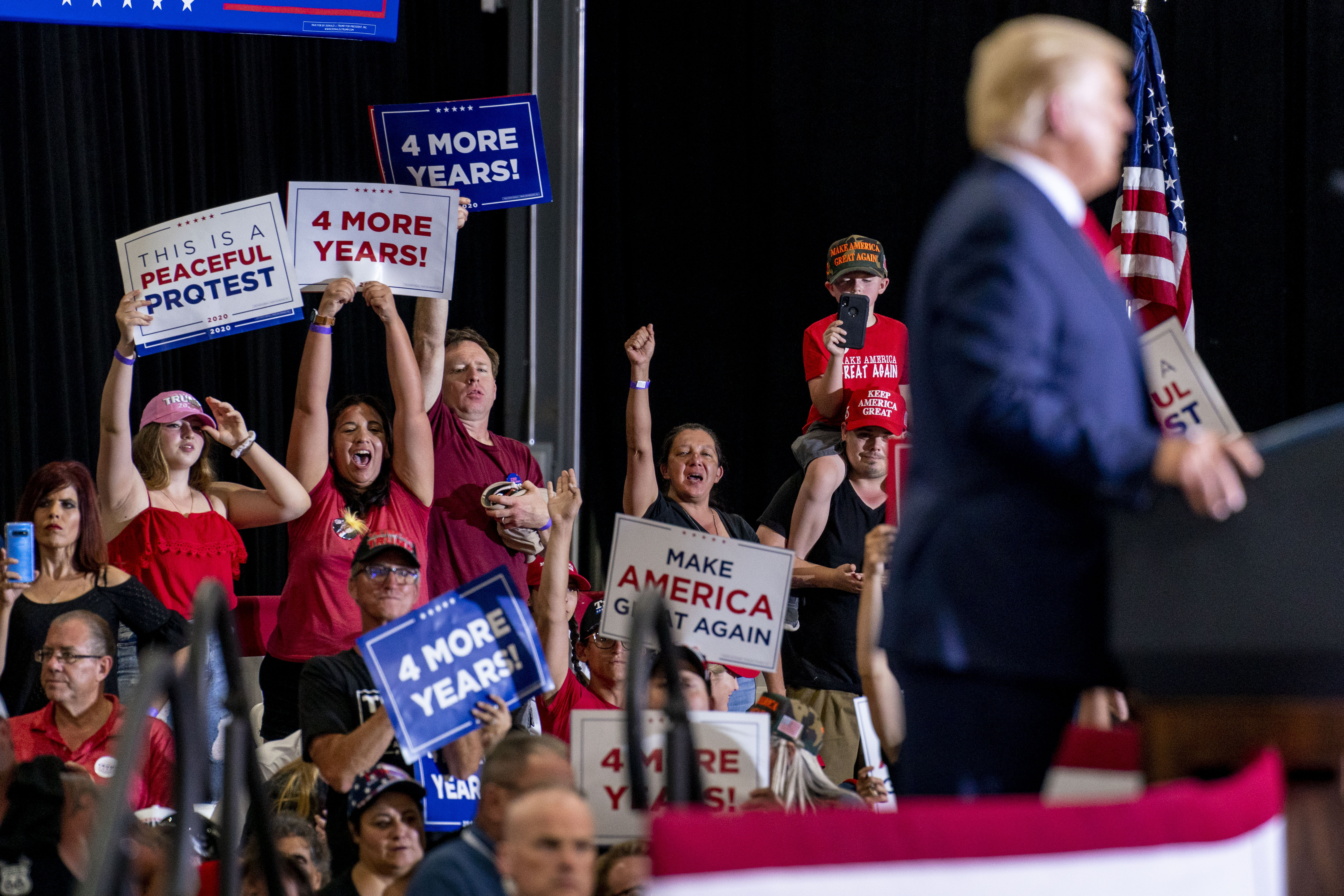 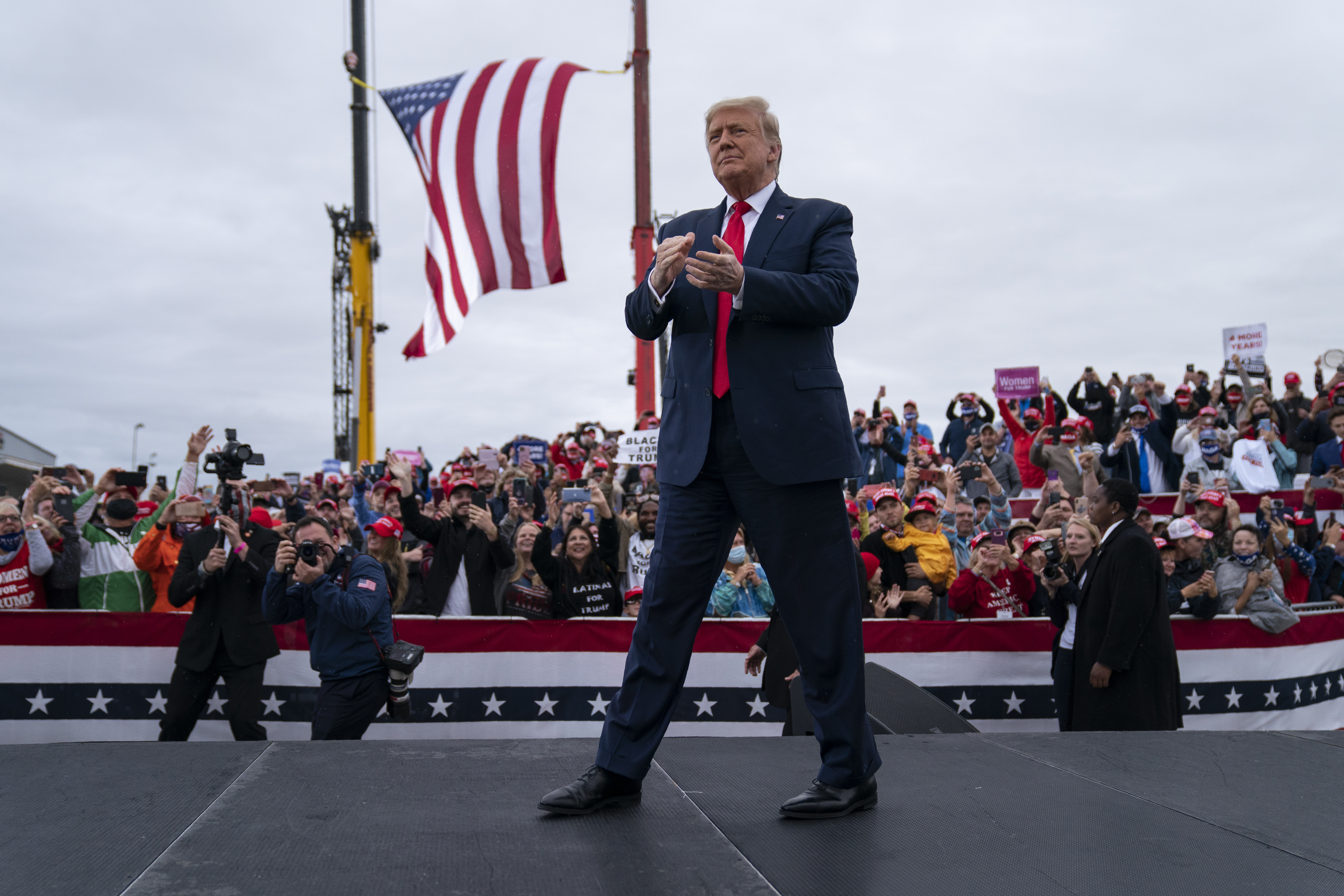 No social distancing procedures were in place for the rallies. The rallies, outside of the ones in Arizona and Colorado, were in the days before the states' primaries. A rally set in Wisconsin was cancelled on March 19 – the same day Trump told Woodward he was downplaying the pandemic.

"I wanted to always play it down. I still like playing it down, because I don't want to create a panic," Trump told Woodward.

Yesterday, Trump equally drew a large crowd to an indoor event in Phoenix, Arizona, advertised as a "Latinos for Trump roundtable."

'This is supposed to be a roundtable but it looks like a rally," he said at the event, with hundreds of people who were unmasked.

Straying from his Nevada colleague, Arizona Governor Doug Ducey did not criticize the president, saying 'the constitutional rights of Arizonans are going to be protected. They've been protected the entire time. They're non-negotiable."

Trump also has two upcoming open-air rallies on Thursday and Friday in Wisconsin and Minnesota respectively. Neither states have caps on outdoor gatherings, with Trump using recent anti-police brutality protests as a reason for him to hold his rallies.

"If you can join tens of thousands of people protesting in the streets, gamble in a casino, or burn down small businesses in riots," Tim Murtaugh, a Trump campaign spokesperson, said, "you can gather peacefully under the 1st Amendment to hear from the President of the United States."