An acrobatic kid performs incredible trampoline tricks high above the trees with a little help from four of his friends.

In the awe-inspiring clip shared by Izzzi Sunshine, from Naples, Florida, the performer shows-off his wild aerial spins.

After a three-second countdown the kid jumps into the air, horizontally aligning himself with the trampoline, before his friends jump on the mat to spring him into the air. 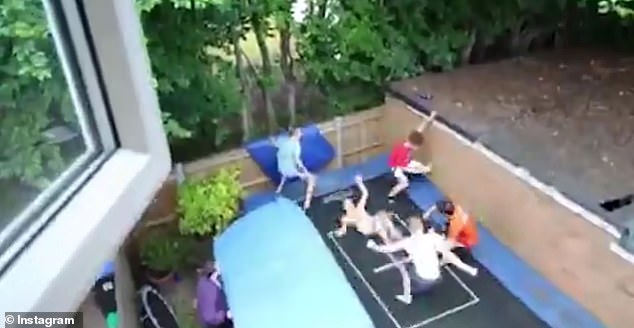 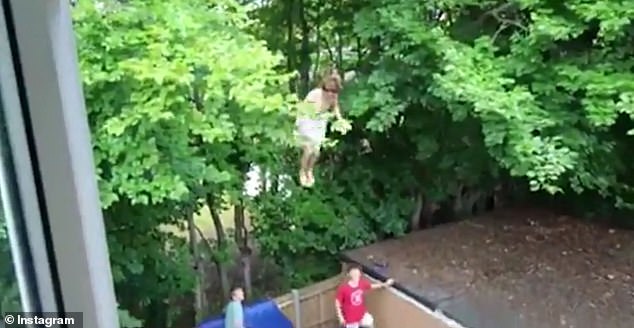 In this second jump (above), the topless performer is already gaining height as he performs aerial somersaults 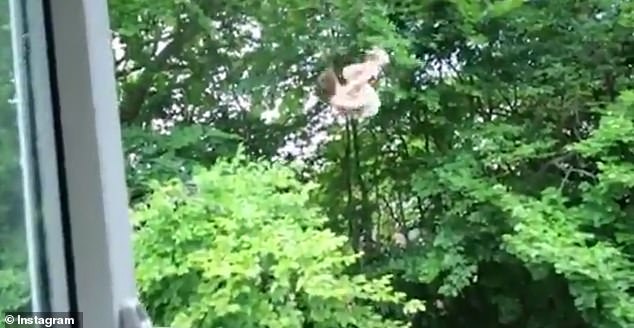 For the final performance, the kid tucks his legs into his chest and spins sideways – elevating to the point where he is taller than many of the surrounding trees

During the first two jumps the kid performs forward flips, climbing with height each time.

But for the third and final trick, he tucks his legs into his chest and rapidly spins sideways – rising higher than many of the trees around him and then crashes onto a mat below.

After landing, the performer and his four friends, who cheered him on during the dizzying display, all run off laughing in amazement.

On Twitter, the clip, that was captioned ‘supporting your friends dreams’ has been watched more than five million times, since being posted on Tuesday. 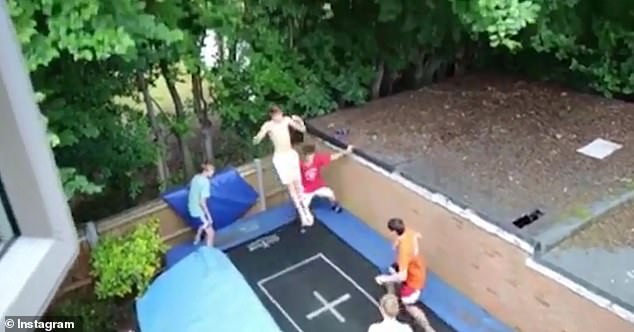 The four friends (above), all bounced on the mat at the same time to launch their friend into the air 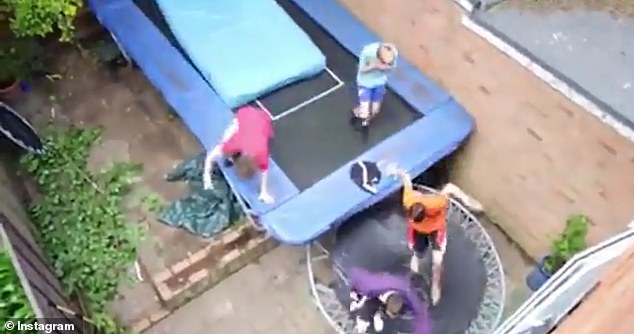 After the final aerial performance the four friends and performer race-off, laughing and cheering at their accomplishment

It has been retweeted more than 157,000 times with viewers feeling a mixture of a shock, fear and wonder.

Others took a more concerned view, with Alex Griffith writing: ‘‏This video stresses me out like you wouldn’t believe.’

‘I was just at waiting for that to go terribly wrong….’ posted user, ‘iSH.’

User Kay wrote: ‘This is a well organized group of lizard gymnasts. confirmed real (but lizard).’