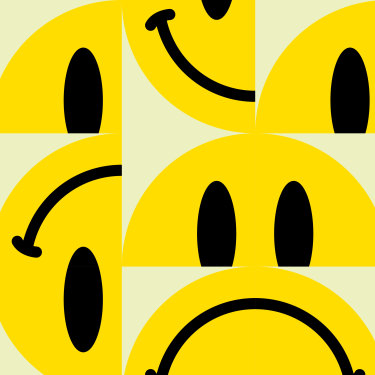 “The biggest hit of social media on students’ wellbeing,” says Santos, “is that they spend a lot of time on it thinking that they’re being social rather than talking to other people.”Credit:Illustrationroom.com.au

Since the Yale University cognitive scientist Laurie Santos began teaching her class “Psychology and the Good Life” in 2018, it has become one of the institution’s most popular courses. The first year the class was offered, nearly a quarter of the undergraduate student body enrolled. You could see that as a positive: all these young high-achievers looking to learn scientifically corroborated techniques for living a happier life.

But you could also see something melancholy in the course’s popularity: all these young high-achievers looking for something they’ve lost – or never found. Either way, the desire to lead a more fulfilled life is hardly limited to young Ivy Leaguers, and Santos turned her course into a popular podcast series, The Happiness Lab, which quickly rose above the crowded happiness-advice field. (It’s been downloaded more than 64 million times.) “Why are there so many happiness books and other happiness stuff and people are still not happy?” asks Santos. “Because it takes work!”

I just saw a story in the Yale student paper that said you’re taking a leave of absence for burnout. If the happiness professor is feeling burned out, what hope is there for the rest of us?
Back up. I took a leave of absence because I’m trying not to burn out. I know the signs of burnout. It’s not like one morning you wake up, and you’re burnt. You’re noticing more emotional exhaustion. You’re noticing what researchers call depersonalisation. You get annoyed with people more quickly. You immediately assume someone’s intentions are bad. You start feeling ineffective. I’d be lying if I said I wasn’t noticing those things in myself. I can’t tell my students, “Oh, take time off if you’re overwhelmed” if I’m ignoring those signals. From learning about the science of happiness, I treat it like any other health issue. I see it as a positive.

We all have more resources about how to be happy than any humans ever, yet so many of us still find it so hard to figure out how to be happier. Why is that?
This is the way I frame a lot of the talk about happiness on the podcast: our minds lie to us. We have strong intuitions about the things that will make us happy, and we use those intuitions to go after that stuff, whether it’s more money or changing circumstances or buying a new iPhone. But the science shows a lot of those intuitions are deeply misguided. That’s why we get it wrong. I know this stuff, but my instincts are totally wrong.

After a busy day, I want to sit and watch crappy Netflix TV shows, even though I know the data suggests that if I worked out or called a friend I’d be happier. But to do that, I have to fight my intuition. We need help with that, and you don’t get it naturally, especially in the modern day. There’s an enormous culture around us of capitalism that’s telling us to buy things and a hustle-achievement culture that destroys my students in terms of anxiety. We’re also fighting cultural forces that are telling us, “You’re not happy enough; happiness could just be around the corner.” Part of it is all the information out there about happiness, which can be hard to sift through, but a lot of it is a deeper thing in our culture. 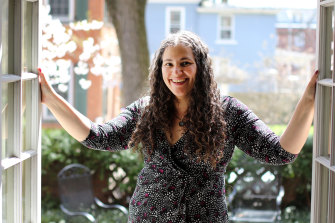 Laurie Santos: “We’re fighting cultural forces that are telling us, ‘You’re not happy enough; happiness could be justaround the corner.’”Credit:Getty Images

A lot of stuff that we know can have a positive effect on happiness — developing a sense of meaning, connection with other people, meditation and reflection — are commonplace religious practices. How helpful are they outside religion?
There’s evidence that cultural structures, religious structures, even smaller groups like your CrossFit team, can cause true behaviour change. The question is, what’s driving that? Take the religious case. You could mean two things by saying you need a cultural apparatus around the behaviour change: one is you need a rich sense of belief; you need to buy into theological principles to get the benefits. Another is that it’s your commitment to these groups that does it, and it doesn’t have to come with a set of spiritual beliefs.

There’s a lot of evidence that religious people, for example, are happier in a sense of life satisfaction and positive emotion in the moment. But is it the Christian who really believes in Jesus and reads the Bible? Or is it the Christian who goes to church, goes to the spaghetti suppers, donates to charity, participates in the volunteer stuff? Turns out, to the extent that you can disentangle those two, it seems to not be our beliefs but our actions that are driving the fact that religious people are happier.

That’s critical as what it tells us is, if you can get yourself to do it – to volunteer, to engage with social connection – you will be happier. It’s just much easier if you have a cultural apparatus around you.

Is it possible that practices that lead to happiness – such as accepting anxiety, avoiding comparison with others and being satisfied with what we already have – can also lead to complacency? Don’t you need some of the emotionally detrimental stuff in order to achieve?
We need people to recognise that there are important issues – anti-Black violence, the climate falling apart – to get angry and take action about. There’s a worry that maybe if you follow these practices, you’ll be so complacent that you’ll let California burn and let horrible social-justice violations continue.

There’s been some lovely work on this by Kostadin Kushlev [of Georgetown University in Washington, D. C.], a positive psychologist. What he finds is that the people who self-report the highest positive emotions, they’re the ones who are taking action. There’s also evidence that people who experience more gratitude have a high level of what’s called self-regulation and are more likely to do things for other people. The evidence suggests when you have some positive emotion, you have the bandwidth to deal with other things.

Instagram offers almost infinite capacity for negative comparison. Would quitting social media be the most important thing your students could easily do to increase their happiness?
You can use apps in ways that are positive for your well-being, or negative. Instagram is worth mentioning because of its totally infinite potential for downer self-comparisons, but students also use it to connect with communities – about eating disorders and anxiety. So we talk about how you can non-judgmentally try to be present enough to notice how these things are making you feel.

I teach students – this comes from the journalist Catherine Price – the acronym WWW: What for? Why now? And What else? When you pick up your phone, what was that for? Was there a purpose? Then, why now? Did you have something to do or were you bored or anxious or fighting some craving? And then, what else? Actively noticing the opportunity cost. It could be studying. It could be talking to your roommate.

Based on seeing students in the trenches, the biggest hit of social media on their well-being is that they spend a lot of time on it thinking that they’re being social rather than talking to other people. I do that, too. There are times when my husband walks into the room and we could have a nice conversation about how our day is and I’m looking at some crap on Reddit. It’s like, I have a husband who’s here. I could talk to him! We’re not always making good use of the humans around us.

Is there anything surprising to you that people are just not getting about happiness?
Money. My fast read of the evidence is that money only makes you happier if you live below the poverty line and you can’t put food on your table – and then you can afford to. Whether getting super-rich actually affects different aspects of your well-being? There’s a lot of evidence that it doesn’t affect your positive emotion too much.

There was a recent paper by [University of Pennsylvania senior fellow] Matt Killingsworth where he was trying to make the claim that happiness continues as you get to higher incomes. And he’s right, but if you plot it, it’s like if you change your income from $100,000 to $600,000 your happiness goes up from, like, a 64 out of 100 to a 65. For the amount of work you have to put in to sextuple your income, you could instead just write in a gratitude journal or sleep an extra hour. 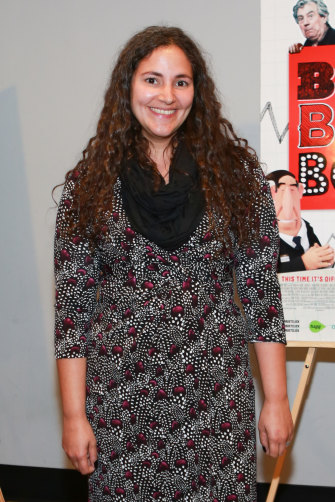 Santos says social media has the capacity to do good: “Students also use it to connect with communities – about eating disorders and anxiety.”Credit:Getty Images

It’s been 20 years since I was in college. Back then, students didn’t view a college’s sole purpose as being just a stepping stone on a career path. But today’s students do. What’s changed over this time?
It’s surprising how different it feels. I’ll have conversations with first-year students on campus who will ask what fourth class they should take to make sure they get that job at Google by the time they’re 24. There’s this sense that if you go to Yale, that’s going to open up opportunities that won’t happen if you don’t. Parenting has changed to push children to be thinking about this stuff; they develop this implicit belief that there is a path that’s correct. It’s something I feel on campus.

I assign students this book by the social scientist Alfie Kohn, who does work on how much grades and extrinsic motivations mess kids up. He tells the story of giving this speech to high-school students: a student raises their hand and is like, “If everything you said is true, and I’m not just working for grades and trying to get into college, then what’s the purpose of life?” Students aren’t sure what they’re supposed to get out of college other than accolade building.

So what is the purpose of life?
It’s smelling your coffee in the morning. Loving your kids. Having sex and daisies and springtime. It’s all the good things in life. That’s what it is.

This is an edited version of a story first published in the New York Times Magazine.

To read more from Good Weekend magazine, visit our page at The Sydney Morning Herald, The Age and Brisbane Times.

The best of Good Weekend delivered to your inbox every Saturday morning. Sign up here.