Indigenous groups will get the right to appeal approvals to destroy heritage sites and companies could face fines of up to $10 million for destroying them without permission under a historic reform of Aboriginal heritage laws.

The draft Aboriginal Cultural Heritage Bill 2020 unveiled on Wednesday morning will replace the 48-year-old Aboriginal Heritage Act and will introduce sweeping new laws to give Indigenous groups more power to negotiate and make agreements with mining and farming companies wanting to operate on their native title lands. 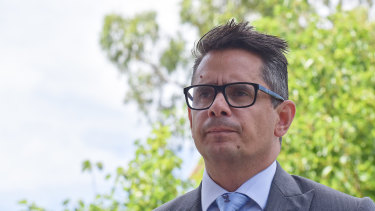 The bill, two years in the making, has been eagerly anticipated by industry and Aboriginal groups and gained more attention after the destruction of a 46,000-year-old sacred site at Juukan Gorge in May shone a spotlight on how little protection was provided by the current act.

The new laws will create a ‘tiered approvals system’ and focus on agreement-making between Aboriginal groups and land users.

"It will ensure Aboriginal people determine the importance and significance of their heritage sites and empower traditional owners to make agreements regarding the management and impact on their cultural heritage sites," he said.

Section 18 of the current act is one of the most contentious clauses because it gives the minister the power to approve applications to destroy heritage sites but affords no rights of appeal for Aboriginal groups.

Under the new laws, decisions will be published and Aboriginal groups will have the same rights to appeal approvals as the companies.

Penalties of up to $10 million will also be created to deter land users from destroying heritage sites without permission.

Mr Wyatt hinted at the Juukan Gorge saga and said it demonstrated how ill-equipped the current laws were to protect Aboriginal heritage sites.

“We have seen recently how grossly inadequate the current legislation is to protect Aboriginal heritage and the appeals by traditional owners and land users to modernise our system,” he said.

“This legislation will better protect Aboriginal heritage in Western Australia, place Aboriginal people at the centre of our heritage protection regime and deliver better decision making in land use proposals for stakeholders, industry and the community.”

The bill aims to beef up consultation requirements in the identification, management and protection of Aboriginal heritage.

A new Aboriginal Cultural Heritage Council will also be formed to facilitate agreements and provide advice to the minister on Aboriginal heritage management.

It was not clear whether the bill would address land use agreements between miners and Aboriginal groups, that have been described as ‘gags’ because they require the groups to publicly support all mine expansion applications.