This is the incredible moment a pilot and his wife cried with relief after he managed to safely land his small plane despite the throttle cable breaking and leaving the engine in full throttle mode.

A video, posted on YouTube Monday, shows Devin Miller gliding the aircraft along the runway of MEI airport in Mississippi and cheering when he realizes he guided his wife and two children to safety – all while the little ones were seemingly unaware of any danger.

The Canadian living in Texas pulls off the spectacular power-off landing while his wife too stays calm so the youngsters tucked away in the back seats are unaware.

The clip shows the pilot declare an emergency over the radio in an incredibly cool and reluctant manner during the flight from Falcon Field (FFC) Peachtree, Georgia. 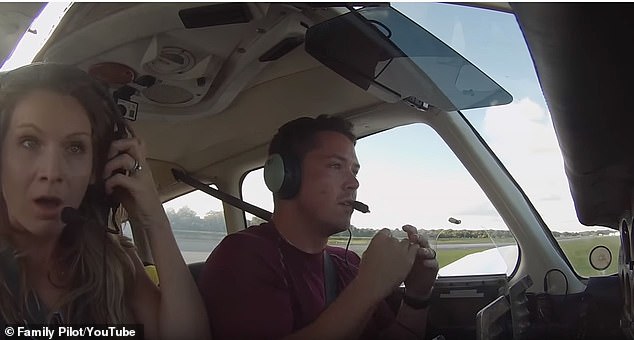 Devon Miller, his wife and two children are seen in the clip posted Monday as they land in Georgia 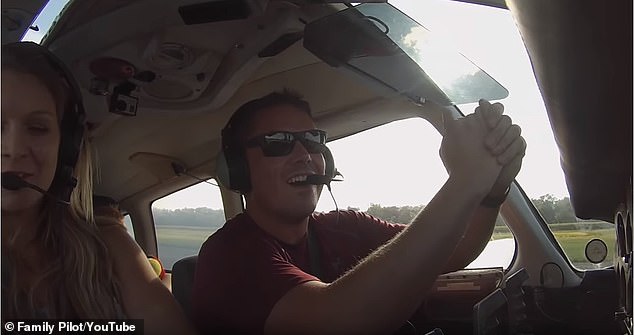 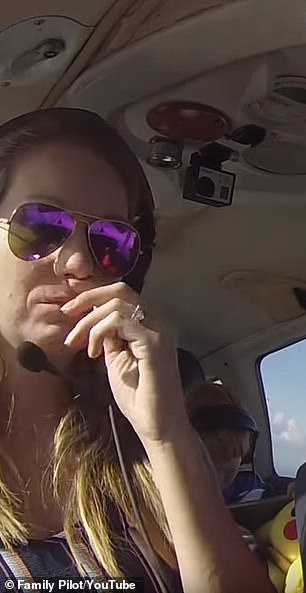 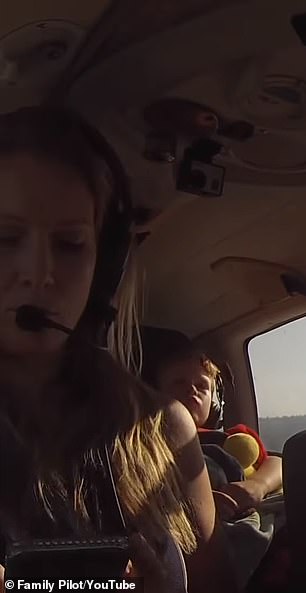 Meanwhile the parents get to work fiddling around with switches as air traffic control tries to help and plan around a 10,000 foot runway to give the pilot margins and options while circling the field.

As they communicate over the radio, the children are oblivious their mother is visibly shaken.

When she isn’t bending forward for a closer look as the family is given advice, she appears to holding back tears while communicating on her cell phone. 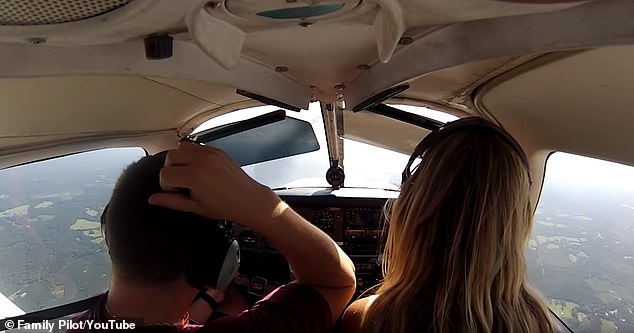 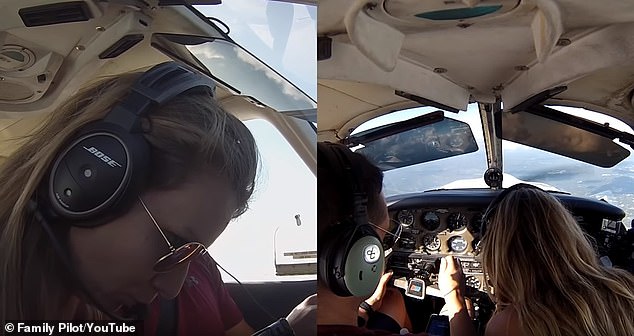 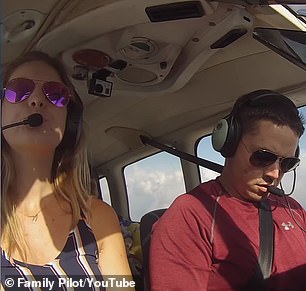 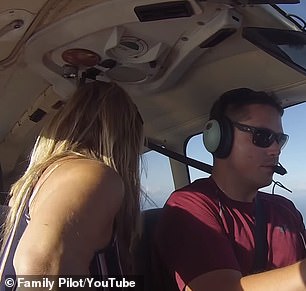 The pilot is heard requesting emergency vehicles on the ground as he prepares to attempt the safest landing possible but barely shows signs of worry on his face.

He finally releases his emotions as they hit the runway and the duo seemingly cannot believe they made it so smoothly.

The pilot and his spouse breathe heavy sighs of relief as he claps and laughs in disbelief.

Meanwhile the anxious mother gasps as she removes her headset and throws her head back as she can finally relax knowing they’re safe. 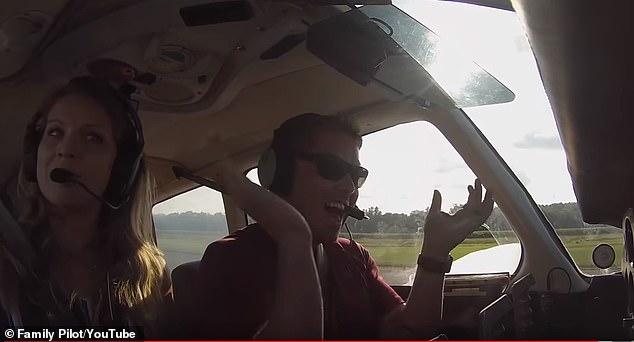 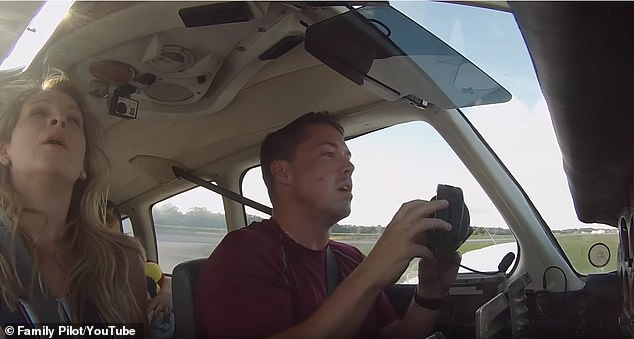 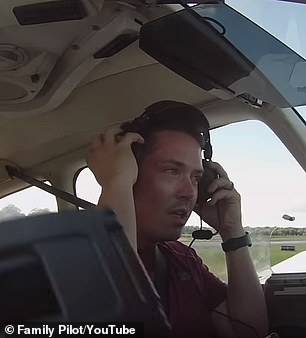 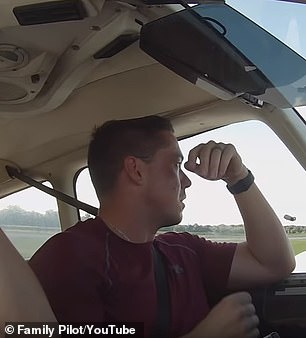 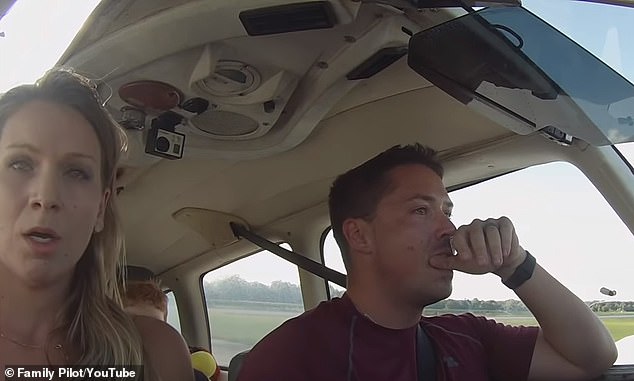 The pilot – a Canadian traveling the US with his family – posted the clip to encourage everyone to practice the situation safely with a certified flight instructor.

In reference to the rotation of the propeller at the front of his Piper Arrow light aircraft, he said he was able to ‘basically control RPMs with a few backfires’ but explained it was a ‘stabilized approach in the end’.

‘ATC’s amazing coordination, professionalism, and the people we met as a result make this learning experience one we took a lot from,’ he continued in his YouTube description. ‘Grateful for our mechanic, the A&P at KMEI (AJ), and the Meridian staff who were wonderful to us.’

He gave credit to his trainers at United Flight Systems and said a friend from Houston flew out to pick the family up.

‘I had the confidence(ish) right from the get go that I knew what to do and how to do it,’ he said.

After the plane was fixed the owner flew him back to collect it. 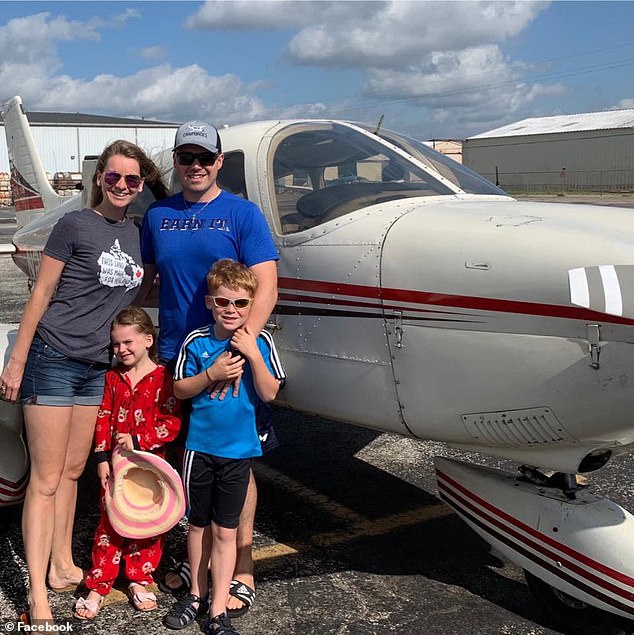 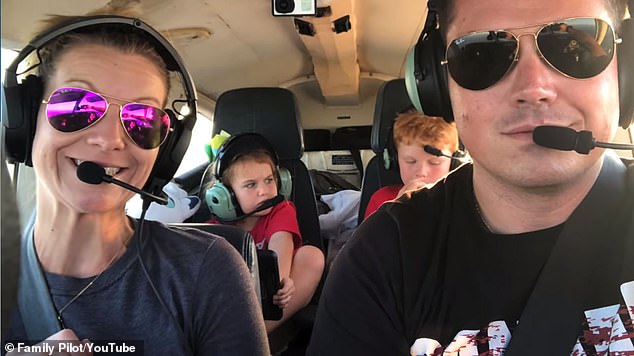