Adding fuel to the fire! Moment barbecue host sets his garden furniture ablaze after petrol can EXPLODES in his hands

A quiet BBQ descended into chaos as CCTV captured the moment a petrol can being used to boost the flames exploded – setting furniture ablaze and leaving guests fleeing to hide behind fences.

Danny Keenan and his wife Samantha had already finished eating with next door neighbours Stephen Jones and Stacey Wilson when they settled down for some drinks around the firepit on May 22.

As the temperature dropped in Barrow-in-Furness, Cumbria, Mr Keenan, 35, reached for some petrol to revive the dwindling fire. 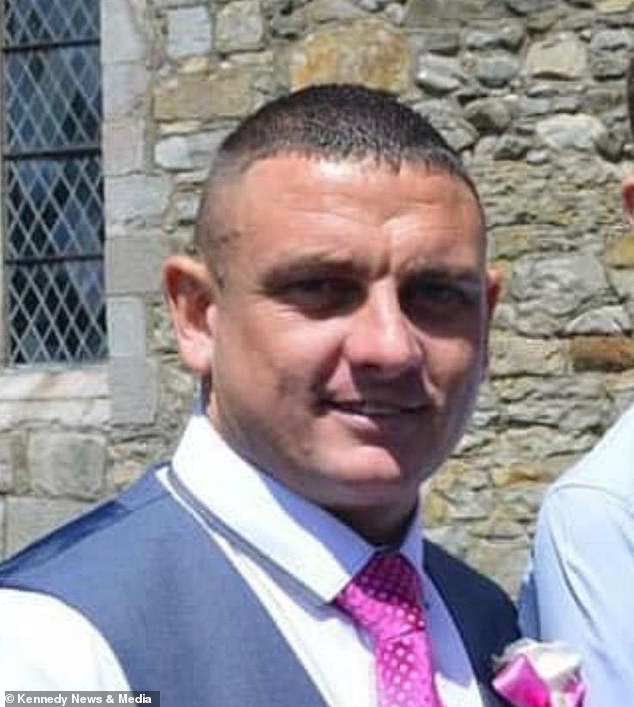 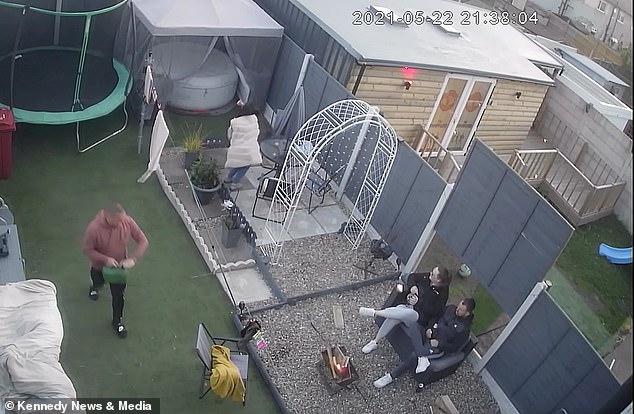 Mr Keenan, pictured left, decided to use some petrol to light up his firepit 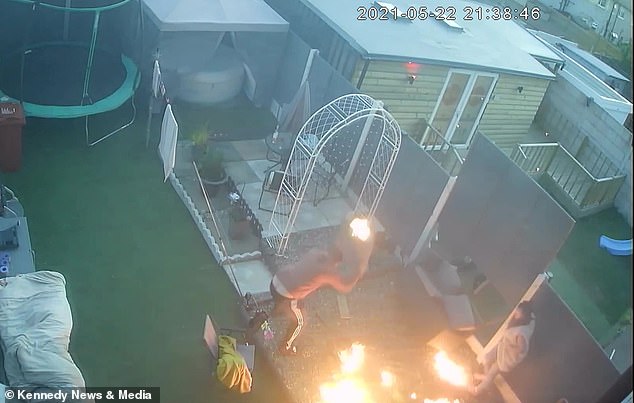 Fiery CCTV footage shows how the flammable liquid caught light and within seconds flames started to run up Mr Keenan’s sleeve causing the wagon driver to drop the canister.

In a flash, fire spread across the gravel underneath and jumped on to Stephen and Stacey’s sofa, setting the cushions alight.

But the quick-thinking couple were able to make an inventive getaway – lifting up their garden fence, dragging the remains of the sofa through and using the panel to protect themselves from the flames.

Mr Keenan said: ‘I’ve never had anything like this happen to me before so it was a huge shock. I was relieved I had a jacket on and didn’t get burnt and nobody else was injured.

‘I panicked thinking the flames were going to keep spreading across the garden. I was most concerned they could go and destroy my hot tub at the back.

‘The temperature had dropped and I just couldn’t get the wood burning properly on the fire pit. It doubles up as a fire pit and BBQ and the embers had died down a bit from the food earlier.

‘We’d all put our jackets on but needed a bit more warmth so I went to borrow petrol from my brother-in-law Paul who lives at the back of our house.

‘I’d only had a couple of drinks before this so I had control over it. 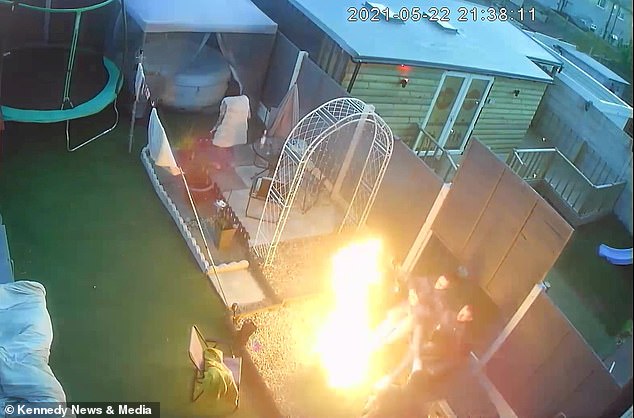 ‘As neighbours we regularly catch up like this if the weather’s nice. During lockdown we kept it up but just sat in our separate gardens with the fence panels up.

‘The fire jumped up my arm first which is why I ended up dropping the canister. Fortunately I managed to bat it off quickly so I didn’t get burned.

‘But the flames spread quickly as we have a tarpaulin under the stones and that caught light which then jumped onto Stephen and Stacey’s sofa.

‘It took us a good 10 minutes to put it out properly. We were really lucky that none of us were hurt in it and the only damage was the cushion covers getting burned.’