Victoria has suffered the highest number of fatal drownings over the Christmas period in almost two decades, after four people died across the state.

Two teenagers, a five-year-old girl and a middle-aged man died after being pulled from Victorian waters between December 25 and December 27.

Those deaths are the highest number recorded over the three-day stretch beginning on Christmas in 18 years, according to new figures from Life Saving Victoria.

The average number of fatal drownings per year over the period has also steadily increased over the years. This year’s four drownings are three more than the decade-long average and two more than the five-year average.

Lifesavers also performed 93 rescues over those three days – a 288 per cent increase on the 23 rescues performed last year in the same period.

Life Saving Victoria research manager Dr Hannah Calverley said a delayed start to summer due to a cooling La Niña weather pattern – along with a recent festive season heatwave that peaked on Tuesday for Melbourne’s hottest day of the year – caused people to flock to waterways. Coastal beaches were especially busy because of flooding in inland Victoria earlier this year, she said.

Calverley added that public holidays also increased the likelihood of drowning by 68 per cent.

“While the holidays are a time to relax, the one thing you can never relax on is prioritising safety in, on and around water,” she said.

The spate of summer drownings continued on Tuesday after a five-year-old girl was pulled from waters in Nagambie in central-northern Victoria.

The child, from Wendouree in the state’s west, was reported missing near Lake Nagambie about 2.20pm after she had been with her family, according to Victoria Police. 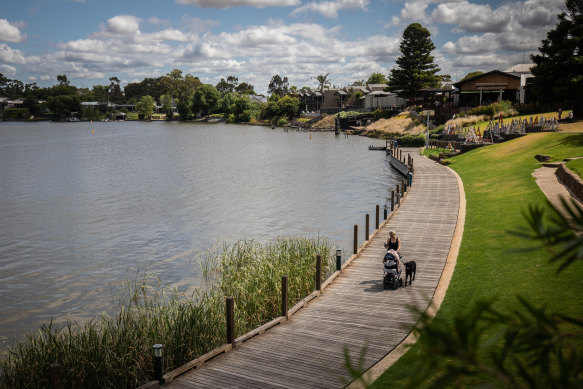 A relative found her in the water a short time later and took her to the bank where emergency services performed CPR. The child died at the scene and police will prepare a report for the coroner.

Bright-smiling, passionate footballer Nick Maan, 17, passed away on Boxing Day after being found unresponsive in waters off Mordialloc beach, in Melbourne’s south-east, after a brief search.

A St Albans teenager also died on Christmas Day near Lorne on the Great Ocean Road after getting into difficulty while body surfing with two other young males at an un-patrolled beach near the Cumberland River mouth.

A man in his 30s was also pulled from Lake Hume in Victoria’s north-east by onlookers after suffering a suspected medical episode while chasing his dog into the water, according to Victoria Police.