Vermont’s Republican governor has signed a law declaring abortion a “fundamental right,” making it the latest state to fortify abortion rights as other states push ahead with restrictions.

The abortion debate in America has been dominated by news that conservative lawmakers in 11 states, including Alabama, Georgia and Missouri, have approved sweeping new abortion bans, which are being legally challenged from going into effect. But other states have moved in the opposite direction.

The bill, which Governor Phil Scott signed on Monday, states abortion is a “fundamental right” and also protects the right to contraception, sterilization and family planning. The state’s House gave final approval to the bill on May 14, and there was some uncertainty about how the governor would act.

“This legislation affirms what is already allowable in Vermont – protecting reproductive rights and ensuring those decisions remain between a woman and her health care provider,” Scott said in a statement. “I know this issue can be polarizing, so I appreciate the respectful tone and civility from all sides throughout this discussion.” 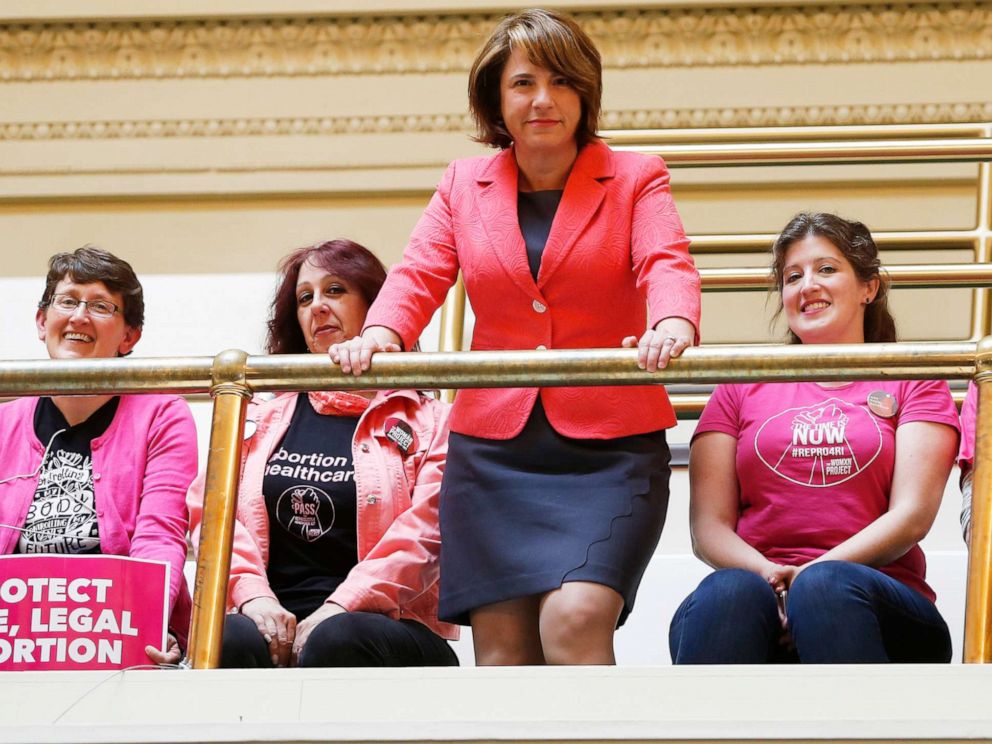 Vermont is also considering Proposal 5, which would amend the state’s constitution to declare abortion a right. That proposal, sponsored by state Sen. Virginia Lyons, passed in the state House and Senate, but must be approved again by a majority in both houses in the next legislative session before it can go before voters in a referendum. Its proponents hope to see it on the ballot in 2022.

“Thank God for Vermont,” Lyons told ABC News in mid-May. “We’re a bastion of sanity and understanding of reproductive rights and process.” 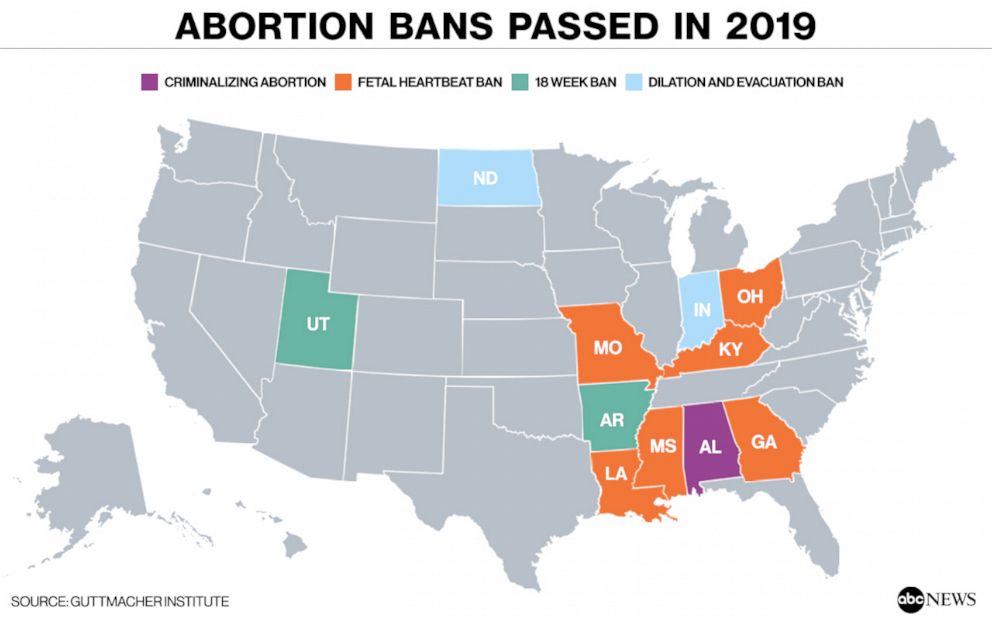 But several states have been pushing through bills that fortify abortion rights.

On May 31, Nevada Gov. Steve Sisolak, a Democrat, signed a measure that removed some barriers to access to abortion in the state, including a requirement that a doctor tell patients about possible “emotional implications” of abortions and ascertain a patient’s age and marital status before a procedure. It also decriminalizes supplying pills that induce abortion without the advice of a doctor.

Sisolak, who also signed a bill allocating $6 million for statewide family planning grants, said in a tweet at the time that Nevada “will NOT go backwards when it comes to reproductive rights and health.”

The Nevada bill tackles some of the many barriers patients face in accessing abortion, but other states are working on more sweeping state-wide reforms. While proponents of abortion rights had few outright victories, they say they are making progress.

Illinois is one such state. In late May, the state Senate passed the Reproductive Health Act, which establishes reproductive health, including abortion, as a fundamental right in the state.

Gov. J.B. Pritzker, a Democrat, has supported the bill and indicated he will sign it. The bill was part of “one of the most ambitious and consequential legislative sessions in this state’s history,” he said in a tweet.

The Reproductive Health Act had stalled since its introduction in February, and in mid-May, its sponsor, state Rep. Kelly Cassidy, held a protest to call for movement on the act.

Cassidy, who is part of a Democratic majority in the legislative body, supports the bill not just to preserve abortion access for the people of Illinois, she said, but also for the people from neighboring states — where restrictions are harsher — who go to Illinois for abortions.

In 2017, more than 5,500 women came to Illinois to get abortions, the Chicago Tribune reported.

“At a time when headlines about reproductive freedom seem uniformly negative, passage of the RHA is a necessary reminder that across the nation support for abortion access continues to thrive — and is even growing in the face of anti-abortion overreach at the state level,” National Institute for Reproductive Health president Andrea Miller said in a statement Saturday.

Other states, though, have stumbled in their attempts to enact laws protecting abortion rights.

A Rhode Island Senate bill was voted down in committee in mid-May. State Sen. Stephen Archambault, a Democrat, said the bill went too far and wasn’t strict enough as it related to abortion in later stages of a pregnancy.

“I wasn’t comfortable with that,” he told ABC News, acknowledging that he is “pro-choice,” but had “serious concerns in the event that there is a post-viability, late-term abortion.”

Archambault did draft an amendment that would codify Roe v. Wade in the state, but with stricter language around abortion in the later stages of a pregnancy. That amendment and a House bill “are still very much alive,” he said.

Maryland House of Delegates Speaker Michael Busch withdrew a measure that would make abortion rights part of the state’s constitution in February, saying he recognized it would not pass in both chambers of the State House and that he plans to reintroduce it in 2020, according to The Baltimore Sun.

Meanwhile, efforts to widen abortion access in Virginia led to a showdown between Gov. Ralph Northam and President Donald Trump. Since then, Trump has used increasingly violent and misleading language around “late-term abortions.”

Conversations around “late-term abortion” were prompted in part by a long-awaited victory for abortion rights advocates in New York, where Gov. Andrew Cuomo signed the Reproductive Health Act in January. That act codifies abortion as a right in the state and legalized abortion in New York after 24 weeks of pregnancy if the patient’s health or life is at risk or if the fetus is not viable.

State Sen. Liz Krueger, a sponsor of the bill, told ABC News it has been “extremely disturbing” to see the recent anti-abortion laws pass and be signed in other states.

“I am fairly mortified that state after state, it is older men who are trying to dictate what kind of health care doctors can perform in their state and what kind of health care rights women of fertility age can access,” she said. “Who are these men who think they have the right to determine what every women are choosing for themselves in coordination with their doctors? How dare these men tell doctors we will throw you in jail for providing basic health care services?”

She added that in addition to a lack of apparent understanding of reproductive health some anti-abortion lawmakers have shown, they are also acting against the wishes of the people. While an equal percentage of Americans self-identified as “pro-choice” and “pro-life” in a 2018 Gallup poll, a total of 79% of Americans said they believe abortion should be legal under any or certain circumstances.

“I hope it does backfire on [the anti-abortion lawmakers],” Krueger said, “and I hope more and more states realize following New York’s path is in the best interest of their residents.”