People in Venice are racing against time to stop precious artwork being lost to the rising flood waters.

The high tide in Venice has peaked at 154cm (5ft), with around 70% of the city centre under water.

The saltwater floods have meant that work needs to be done to protect the famous wall art from erosion.

The culture minister, Dario Franceschini, has said more than 50 churches have reported damage so far, with security forces and art experts being deployed to assess the state of art treasures around the city – a job expected to take some time.

The famous St Mark’s Square was blocked off and closed to tourists as it was covered in knee-high water, while shops and hotels were once more submerged.

Mayor Luigi Brugnaro said he had been forced to ask police to block off the square, calling Venice the “pride of all of Italy”.

Earlier, authorities predicted the high tide would peak at 160cm (5.2ft) – far beyond the emergency levels that set off sirens in the streets.

In normal conditions, levels of 80-90cm are generally seen as high but manageable. 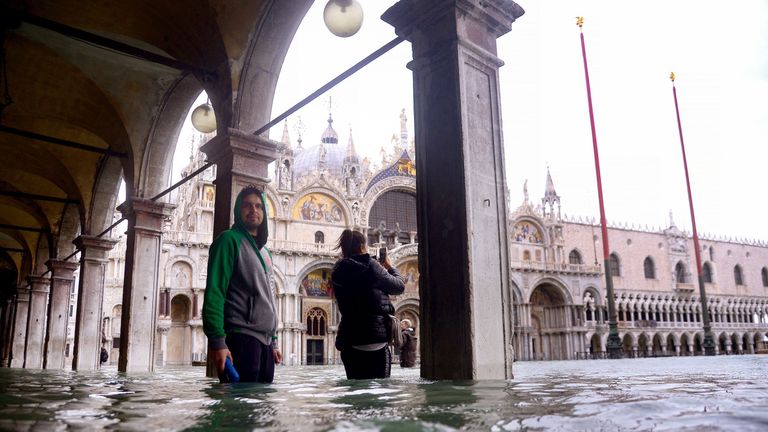 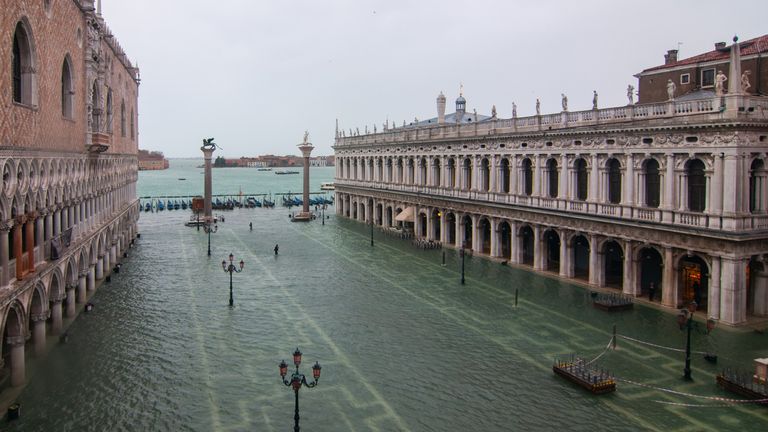 “Another day of alert for Venice. The sirocco wind keeps blowing. I invite all … to keep yourselves updated on the level of the water,” Mr Brugnaro tweeted. 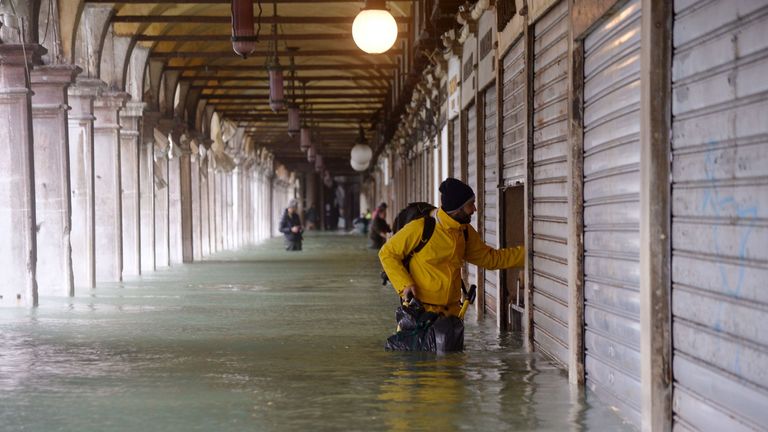 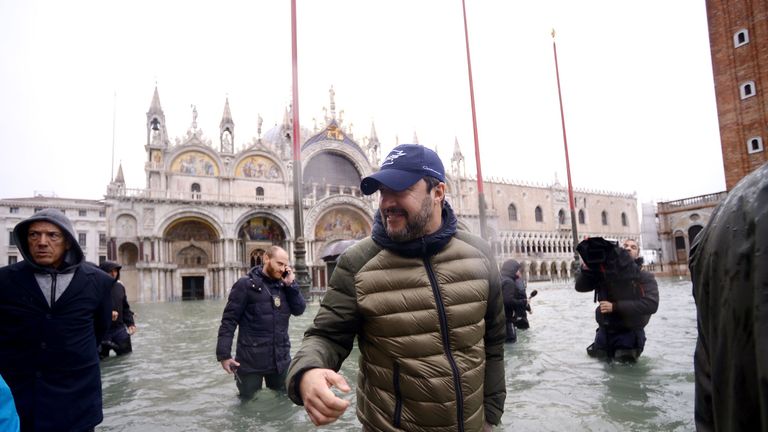 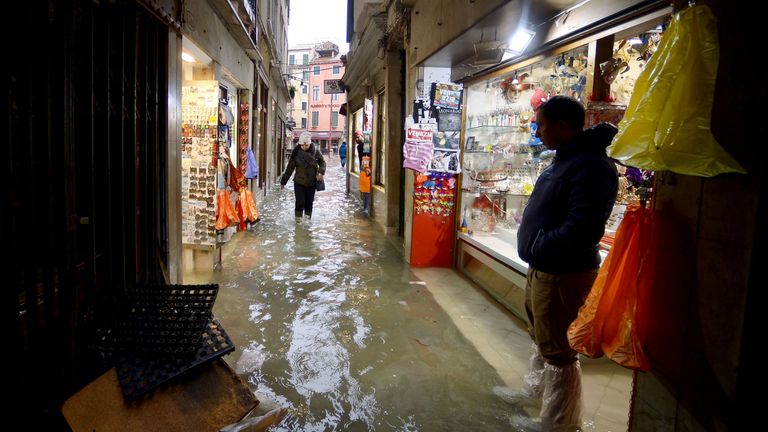 The mayor has blamed climate change for the severe flooding, which has swamped the city’s historic basilica, squares and centuries-old buildings, and said the damage is estimated at hundreds of millions of euros.

Levels are due to ease to 110cm-120cm over the weekend, according to tide forecast centre CPSM Venezia.

Many shopkeepers on St Mark’s Square said they were forced to close their businesses 10 days ago when levels broke through the 110cm (3.6ft) threshold.

Saint Mark’s Basilica, parts of which date back to the 11th century, was flooded, with an official even pointing to a risk of collapse during the worst of the flooding. 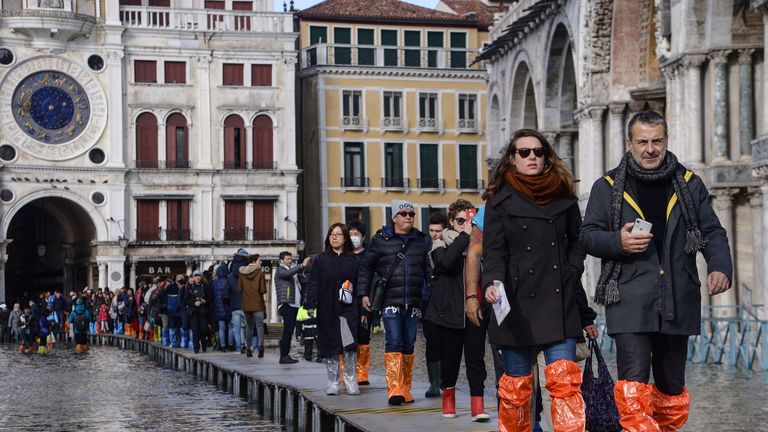 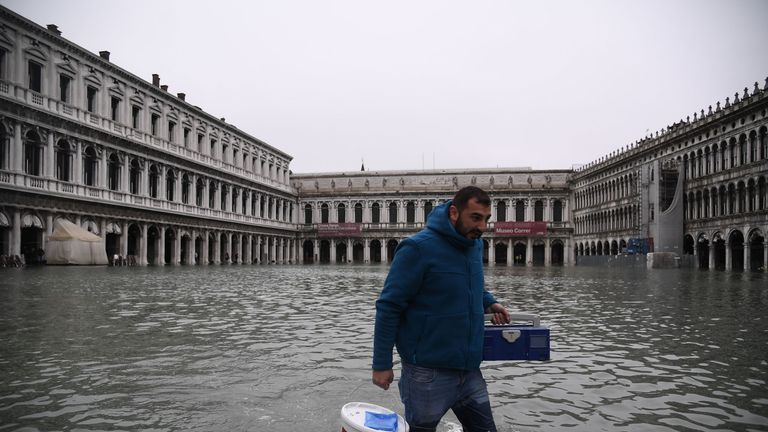 Visitors were forced to make their way along temporary platforms above the water, while others donned wet weather gear and sloshed through the floods.

Two people have reportedly died as a result of the flooding.

A man in his 70s died on the barrier island of Pellestrina after being electrocuted, and another person died on the same island, though the cause was unknown, Italian news agency ANSA said.

Meanwhile, much of Banksy’s famous artwork in the Italian city is now under water, including a drawing showing a migrant child wearing a life jacket and holding a neon pink flare, which first appeared on a wall in the Campo San Pantalon earlier this year. 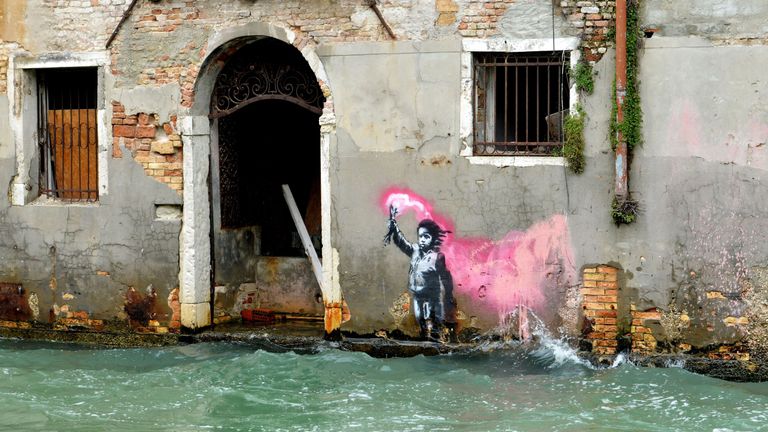 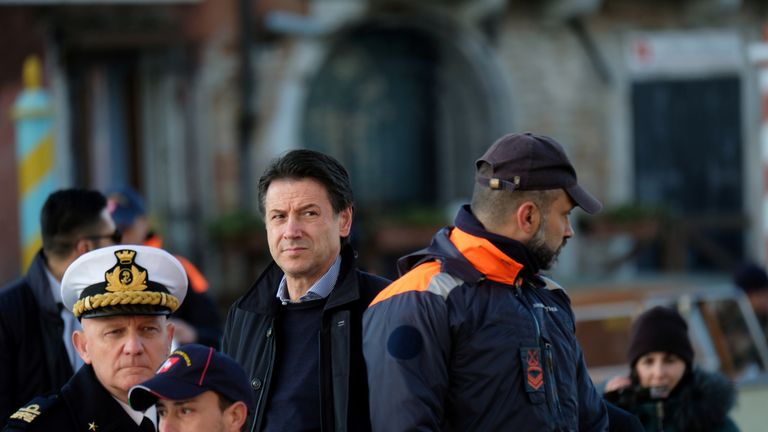 Snow was expected in the city of Belluno in the northern part of the Veneto region, at the foot of Dolomites, potentially aggravating the situation in Venice.

The government declared a state of emergency for Venice on Thursday and allocated an initial 20 million euros (£17m) to address the immediate damage. Prime Minister Giuseppe Conte said on Friday the government will hold an extraordinary meeting on 26 November to discuss the “governance and the structural problems of the city”.

The severe flooding has also reignited a long debated on Moses – the multibillion-euro flood defence project that has been under construction since 2003 – with the mayor calling for its speedy completion.