Father-and-son vandals stole and destroyed Grade II-listed Victorian pier’s historic clock that had survived fire, the Luftwaffe and the weather

A father and son were caught on camera using a massive plank to steal an historic clock from a tower of a Grade II-listed Victorian pier.

Ryan Andrews, 33, was caught trying to remove the black clock after entering Birnbeck Pier with his father Neil, 64.

The pier in Weston-super-Mare, Somerset, which opened in June 1867, survived a Luftwaffe attack, a misguided RAF mine and the British weather.

The Andrews, who were jailed for 18 months, were spotted strolling onto the site by bemused onlookers in January 2018, a court heard. 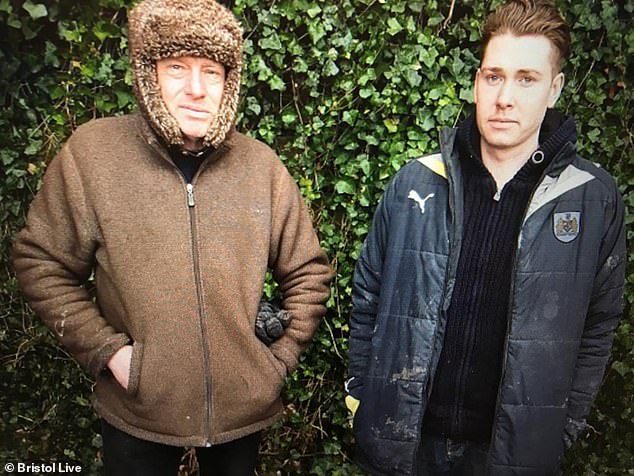 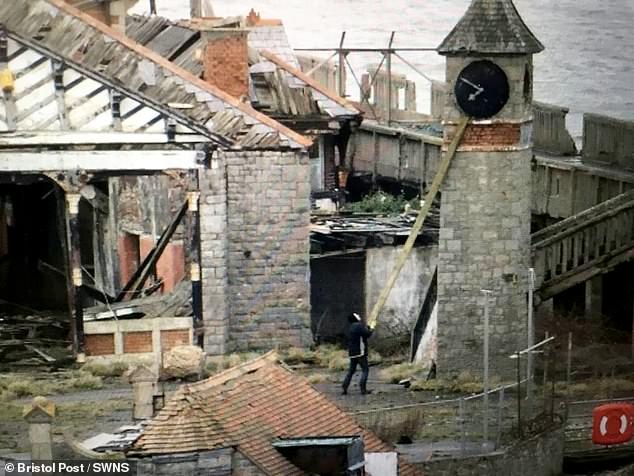 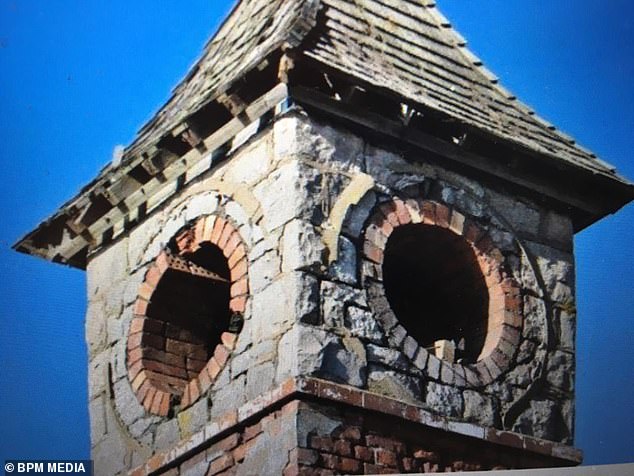 Ryan Andrews eventually climbed the tower, forced the clock face out and was seen hitting it with an axe. He later admitted throwing the clock face into the sea

Stonemason Neil, a grandfather-of-ten, disappeared behind a building while Ryan picked up a long plank and tried to prise the clock face from the tower.

Ryan eventually climbed the tower, forced the clock face out and was seen hitting it with an axe.

He later admitted throwing the clock face into the sea.

When they realised they had attracted an audience, including a coastguard boat and a police officer, they strolled off the pier in a ‘nonchalant’ manner.

They were due to face trial but the pair, who live in the town, pleaded guilty to burglary and causing criminal damage.

Jailing them yesterday, judge Mark Horton told the court: ‘The tower and clock face survived a fire in 1897.

‘It survived the Luftwaffe and an accidental mine attack. ‘It has withstood the extremes of the weather.

‘The physical harm you caused is highly visible and irreparable.

‘The absence of the clock will impact on the voluntary groups who seek funding for its restoration. ‘A major attractive feature has been removed.

‘You will always be known as the two men who destroyed the history; it was vandalism and theft for greed.’ 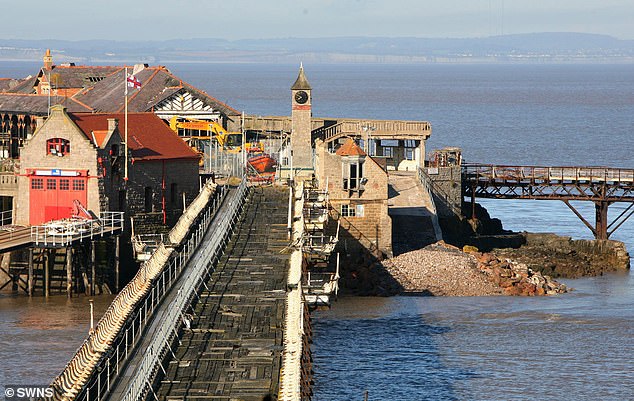 The rundown Birnbeck Pier near Weston Super Mare, Somerset. The pier survived the ravages of the Lufwaffe, a misguided RAF mine and the British weather 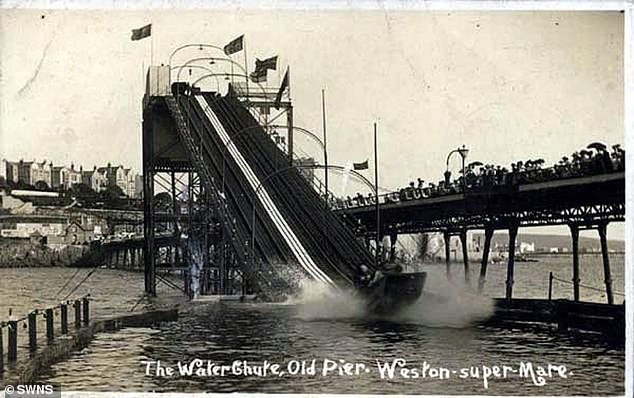 The Birnbeck Pier Water Chute on Side of Pier circa 1910. The duo were due to face trial but the pair, who live in the town, pleaded guilty to burglary and causing criminal damage

Edward Hetherington, prosecuting, said Birnbeck Pier is Grade-II listed. It was closed in 1994 and is now on Heritage England’s at risk register.

In January last year a couple spotted the two men on the pier.

Mr Hetherington said: ‘The clock face was abandoned when they realised the coastguard was watching them, as well as PC Anna Hall in a marked police car near the entrance to the pier.

‘Both abandoned what they were doing and the clock face was left.

‘They tried to conduct a nonchalant exit.’

As they left PC Hall took a photo of them, the court heard.

When trustees of the Birnbeck Regeneration Trust visited Birnbeck island later, they realised the clock face had gone.

Mr Hetherington said: ‘The prosecution says they went back there and recovered the fruits of their labours.’

It was only on May 28 that Ryan Andrews told the judge he had actually thrown the clock face into the sea.

Nadeem Aullybocus, defending Ryan Andrews, said the father-of-two had suffered financial difficulties and was ashamed of what he had done.

Mr Aullybocus said: ‘He tells me the clock was left on the site.

‘My instructions are it wasn’t taken off the site.

‘He says, in panic, he chucked it into the sea onto the rocks.’

She said: ‘It was a moment of madness, it’s just such a shame.’