VANDALS have cut down a 9/11 memorial flagpole honoring firefighters who died during the 2001 terrorist attacks.

Police are asking for the public's help finding the vandals who wrecked the patriotic memorial in Washingtonville, New York. 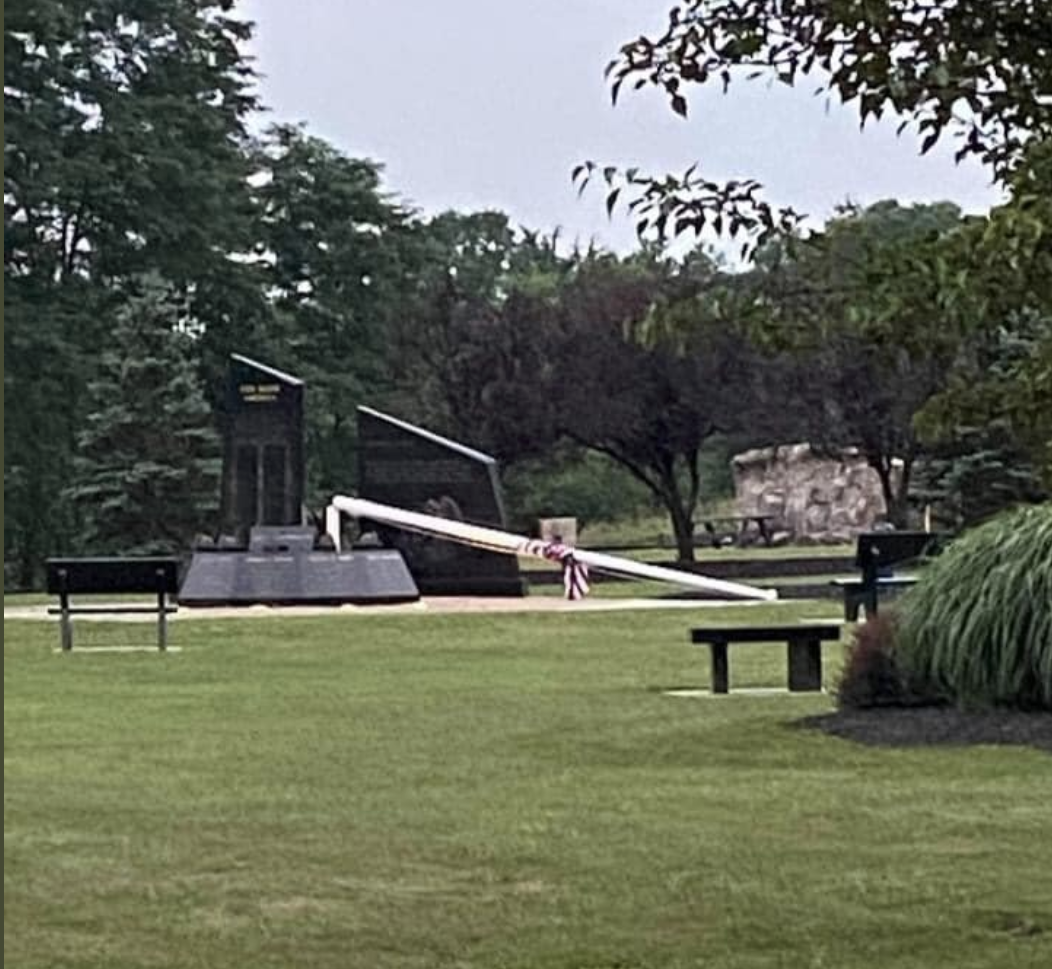 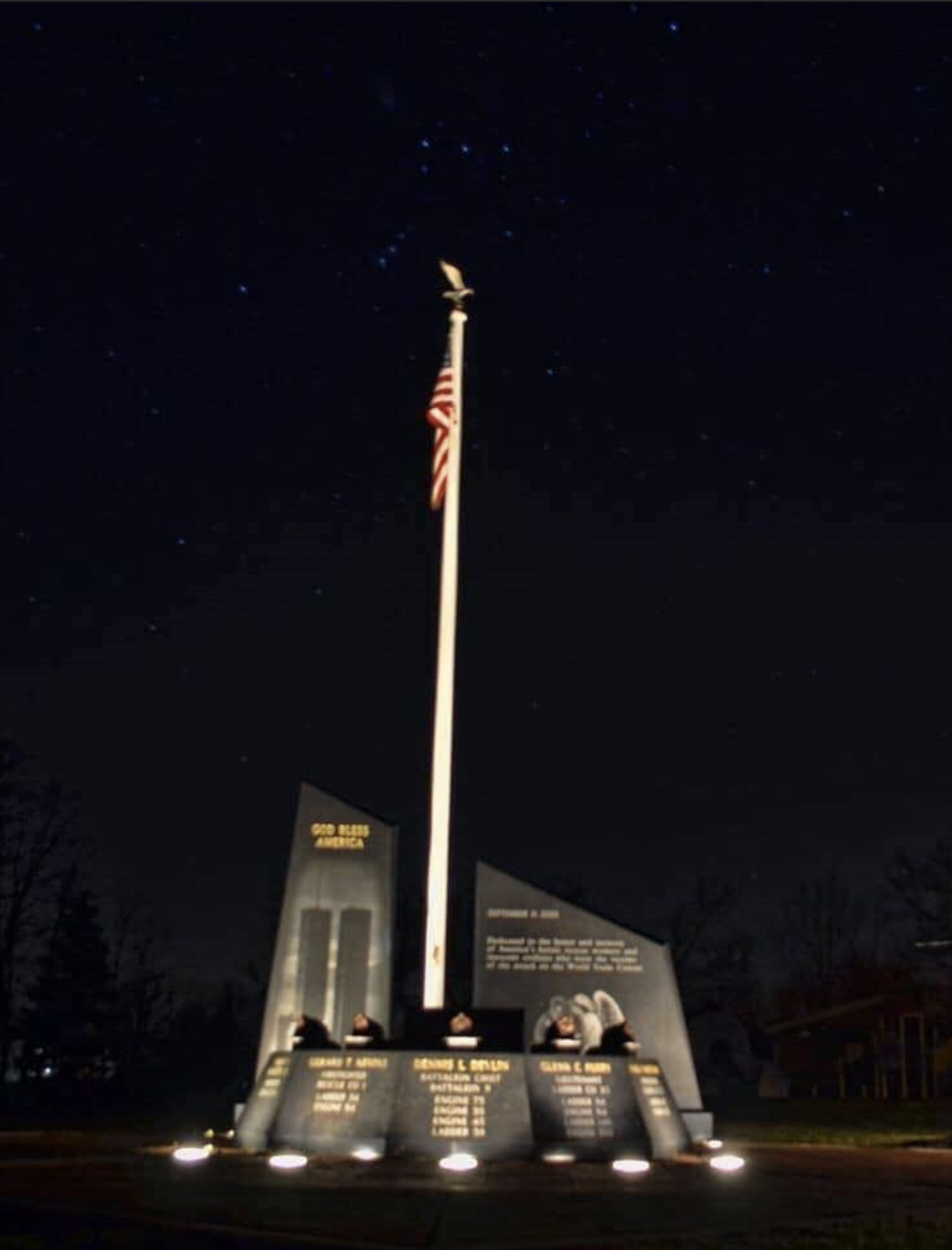 Washingtonville Police Chief Brian Zacarro told the Times Herald-Record that the vandals used some sort of saw to sever the flagpole at around four to five feet from the base, and that they scrawled a message in marker on the part of the pole that remained.

However, Zaccaro said he didn't wish to share what the message said with the public at this time.

An eagle figure that had been at the top of the flagpole was also left next to a toppled church sign at St. Mary's Parish Center, about half a mile away from the memorial. Authorities said the incidents are related.

Members of the community were shocked that the 9/11 memorial would be targeted. 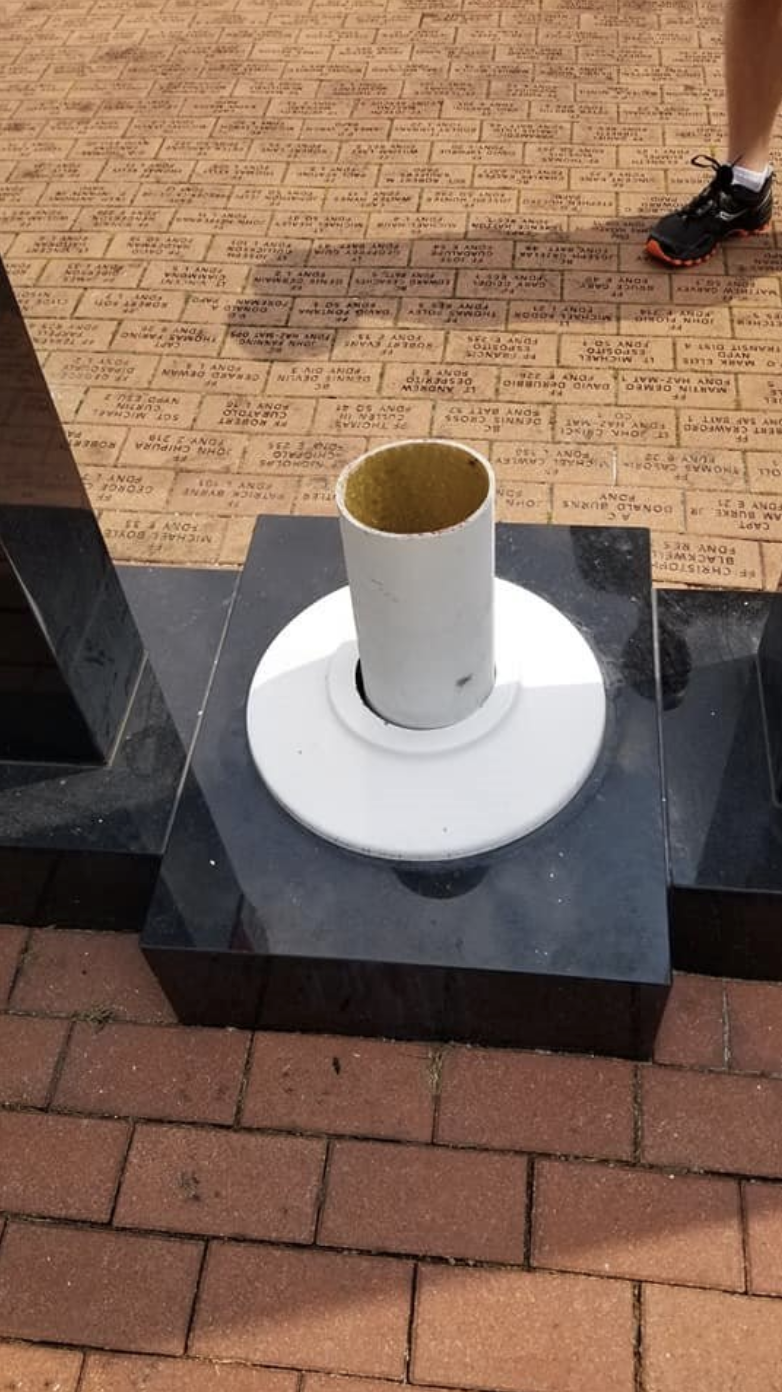 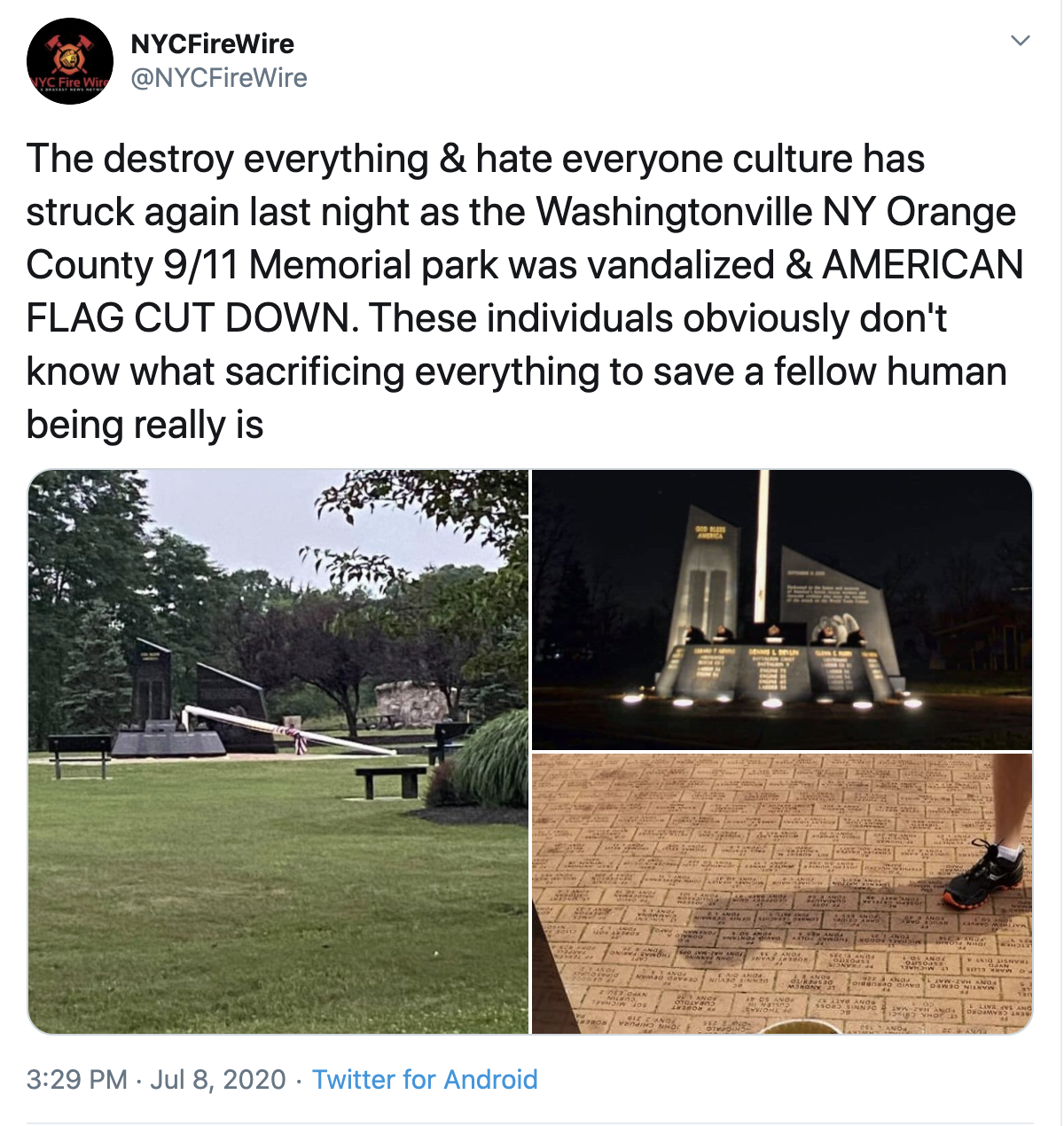 "The destroy everything & hate everyone culture has struck again last night as the Washingtonville NY Orange County 9/11 Memorial park was vandalized & AMERICAN FLAG CUT DOWN," the Tweet reads. "These individuals obviously don't know what sacrificing everything to save a fellow human being really is."

In an announcement on Facebook, the town's Mayor Joseph Bucco said an award "in excess of $3,000" is being offered to anyone who can provide information on the person or people responsible for the vandalism.

The damaged memorial was made to honor five firefighters from the area – Mark Whitford, Bobby Hamilton and Gerry Nevins, Batallion Chief Dennis Devlin and Lt. Glenn Perry – who were all members of the New York City Fire Department. The "Washingtonville Five," as they were called, all died in the terrorist attacks on the World Trade Center on Sept. 11, 2001.

The memorial was completed in time for the first anniversary of the attacks in September 2002. It features a stone dedicated to each man, along with a sculpture of a firefighter's helmet for each fallen hero.

Police said no parts of the memorial, aside from the flagpole, were damaged.

The damage was discovered early Wednesday when someone texted the mayor a photo of the vandalized memorial.

Bucco told the Times Herold-Record that the vandalism must have happened over night, as that area around the memorial is highly frequented.