The President has said he will not concede the presidential election to Joe Biden even if the latter is shown to have won after states reveal their ballot results, according to CNN. However, senior figures within the Trump camp are now debating who should attempt to push the President away from this line of thinking.

It is thought Mr Trump’s daughter Ivanka could be the one to talk the President down.

Another possible choice would be Jared Kushner, a senior adviser to Mr Trump and husband to Ivanka.

Just hours ago, Mr Trump took to Twitter to blast the voting procedure so far. 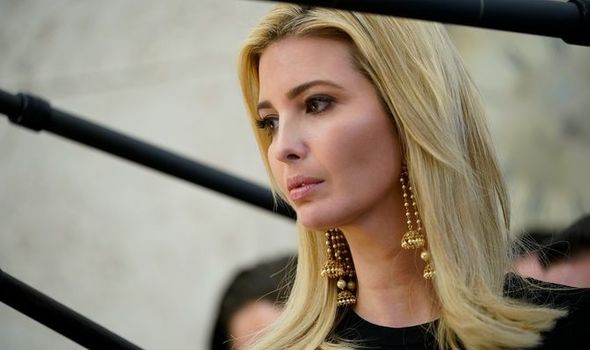 He wrote: “I had such a big lead in all of these states late into election night, only to see the leads miraculously disappear as the days went by.

“Perhaps these leads will return as our legal proceedings move forward!”

The President also mentioned “legal proceedings” around an hour prior when he blasted Joe Biden, saying he should “not wrongfully claim the office of the President”. 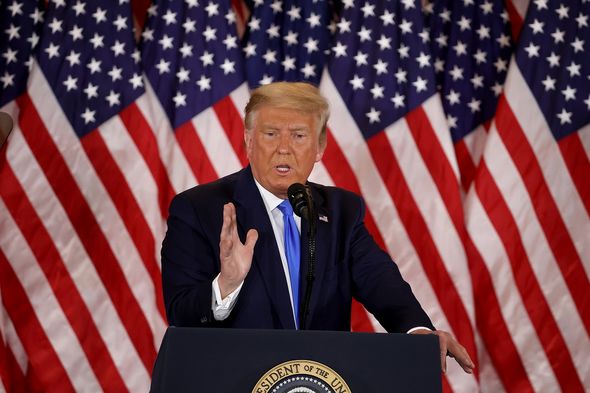 It comes as Mr Biden widens his lead in crucial states such as Pennsylvania this morning as more and more votes are counted.

Currently, the Democratic nominee has less ground to cover in order to win the election.

DON’T MISS:
Who is winning the US election – Donald Trump, or is Joe Biden winning? [INSIGHT]
Trump ‘looking like a poor loser’ as US President begins legal battle against Biden voters [ANALYSIS]
Don’t write him off yet! Trump can still win US election – expert sets out path to victory [INFO]

This means Mr Biden only needs to win Pennsylvania, which is worth 20 electoral votes, to win the election overall.

Alternatively, he could win any two of Arizona, Georgia, Nevada, or North Carolina.

Mr Trump, meanwhile, must win Pennsylvania. He must also win three of the four mentioned above.

The President has found support in his adult children Donald Trump Jr and Eric Trump in recent tweets.

The former appeared to blast other Republicans for not backing his father, referring to a “total lack of action from virtually all of the ‘2024 GOP hopefuls’”.

He added: “Don’t worry, Donald Trump will fight and they can watch as usual!” 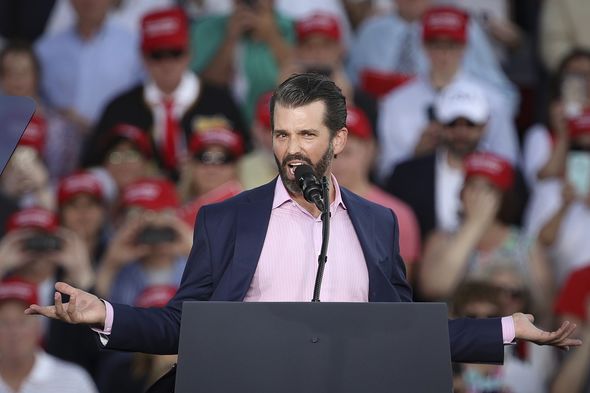 Meanwhile Eric Trump wrote: “Where are Republicans! Have some backbone. Fight against this fraud. Our voters will never forget you if you’re sheep!”

Senior Republicans such as Ronny Jackson of Texas, a US House candidate, also urged fellow party members to “stand up for President Trump and fight back against the Democrats and their election fraud”.

Claims of voter fraud by the President have been widely dismissed by media analysts. 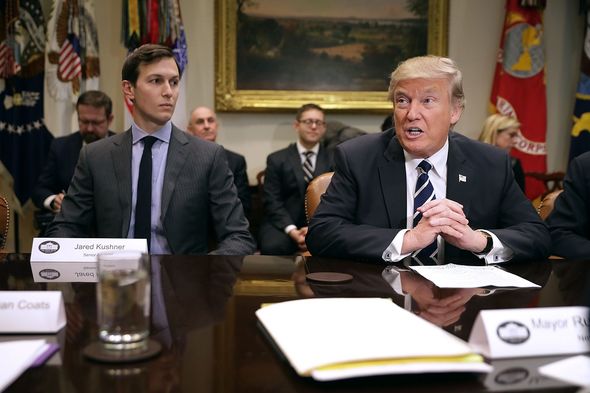 The assertions have also divided Republicans, some of whom have distanced themselves from the comments.

Mitt Romney, a Utah Senator, said the President was free to request recounts but “wrong to say that the election was rigged, corrupt, and stolen”.

Republican senator of Pennsylvania, Patrick J.Tooney, told CBS the President had made “very, very serious allegations without any evidence to support it”.