Public spending in Scotland now almost £2,000 more per person than the UK average thanks to handouts from Westminster as ‘Union dividend’ deals a ‘hammer blow’ to Nicola Sturgeon’s independence hopes

Public spending per person in Scotland is now almost £2,000 more than the UK average as Scottish Tories claimed the ‘Union dividend’ had dealt a ‘hammer blow’ to Nicola Sturgeon’s independence plans.

Total public sector expenditure for the benefit of Scotland, including both UK and Scottish government spending, has increased by just over three per cent to £81 billion.

That is equivalent to £14,829 being spent on public services per person in Scotland, some £1,633 per person greater than the UK average.

The spending gap has been largely blamed on the Barnett Formula which is used by the UK Government to figure out how much funding should be given to the other home nations when it decides to spend more or less on something in England.

The numbers, published in Holyrood’s annual Government Expenditure and Revenue Scotland report (Gers), are likely to accelerate long-running calls for the discredited formula to be overhauled.

The Scottish Tories seized on the numbers and said they illustrated why Scotland should remain a part of the UK. 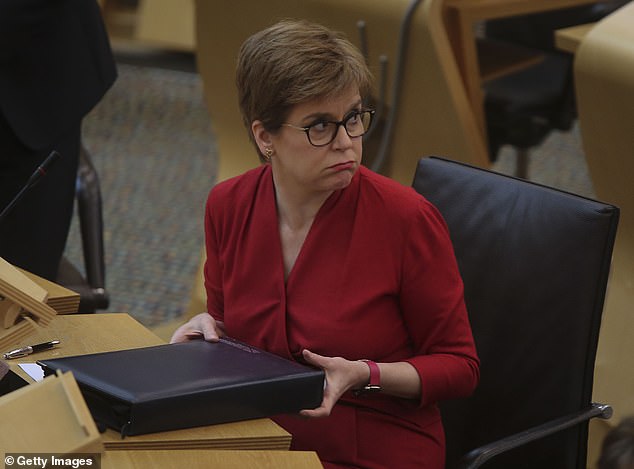 Scottish Conservative finance spokesman Murdo Fraser suggested the figures were persuasive of the case for the Union even though they do not take into account the recent ‘blockbuster support’ from the UK Government, such as the furlough scheme.

He said: ‘This is a hammer blow to the SNP and a massive setback for separation.

‘Nicola Sturgeon would have to throw away Scotland’s entire NHS, every nurse and doctor, just to come close to balancing the budget in her separate state.

‘It’s beyond dispute that the economic case for independence has never been weaker.

‘Separating would cost Scotland £15 billion a year that we need for our schools and hospitals.’

The official figures showed Scotland’s fiscal deficit grew to 8.6 per cent of GDP in the 2019/20 financial year, with government spending £15.1 billion more than is received in revenues.

The deficit rose from 7.4 per cent the previous year, while the UK’s deficit stood at 2.5 per cent compared to 1.9 per cent last year.

While the figures incorporate the early stages of the coronavirus pandemic, the Gers report notes the impact will be greater in the next financial year.

The SNP claimed the figures showed the current ‘status quo’ between Westminster and Edinburgh needed to change.

Finance Secretary Kate Forbes reiterated her call for the Scottish Government to be given further financial powers. 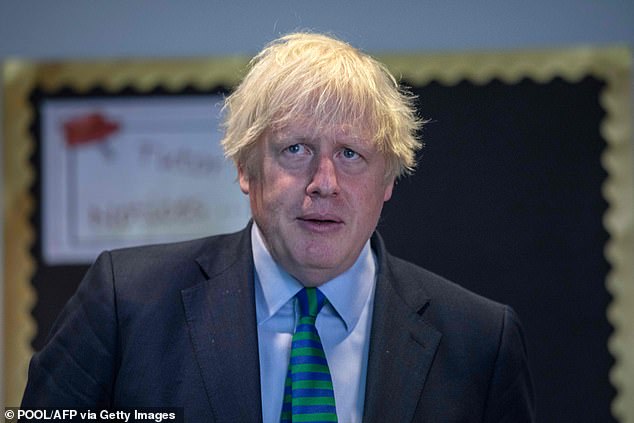 Ms Sturgeon is calling for a rerun of the 2014 independence referendum but Boris Johnson, pictured in Leicestershire today, has ruled out holding another border poll

Ms Forbes said it was ‘incredibly frustrating’ that Scotland could not borrow to invest in recovery.

‘Instead, this publication once again strengthens calls for additional fiscal and economic powers to manage our public finances in a sustainable way and invest in recovery.

‘Scotland simply cannot afford not to have the powers of a normal independent country.’