More reason to stay indoors! SNOW hits the North and temperatures plunge to -5C as Boris’s 10pm Covid curbs kick in – while UK is set for 65mph gusts and heavy rain today

Parts of Britain will be hit by two inches of rain and 65mph winds today after snow fell in parts of the country.

The topsy-turvy British weather lived up to its reputation overnight as some areas were left looking decidedly wintery following hail and snow showers less than 48 hours after the end of a September heatwave.

Severe weather hit parts of the North of England as temperatures plunged to -5C (19F) in Scotland following a late burst of heat at the start of the week that saw the mercury rise to 26C (79F) in southern England.

It came as England had its first evening of new measures aimed at preventing the spread of coronavirus, with all pubs, bars and restaurants having to shut by 10pm last night to comply with new rules brought in this week. 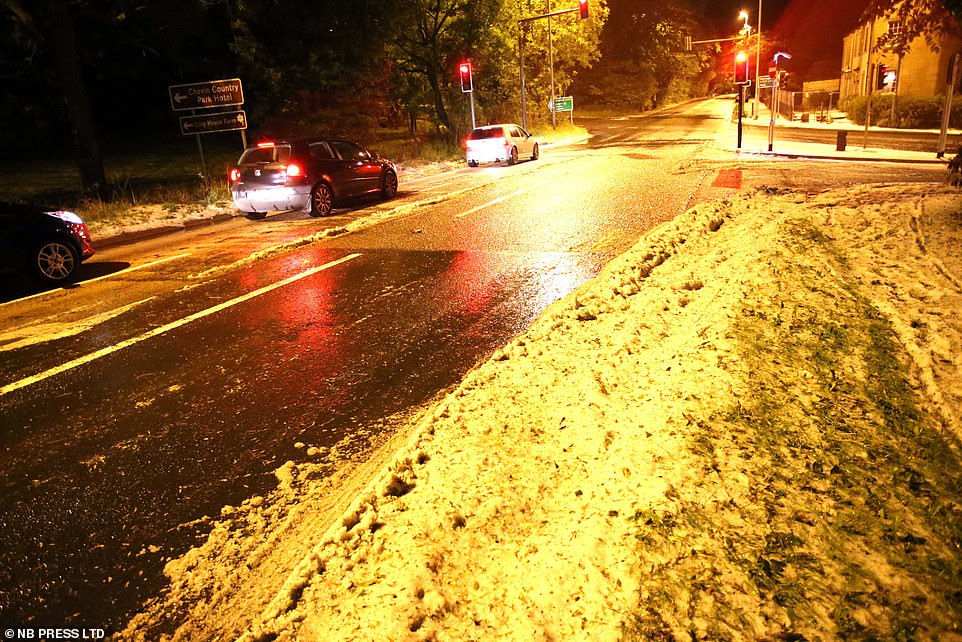 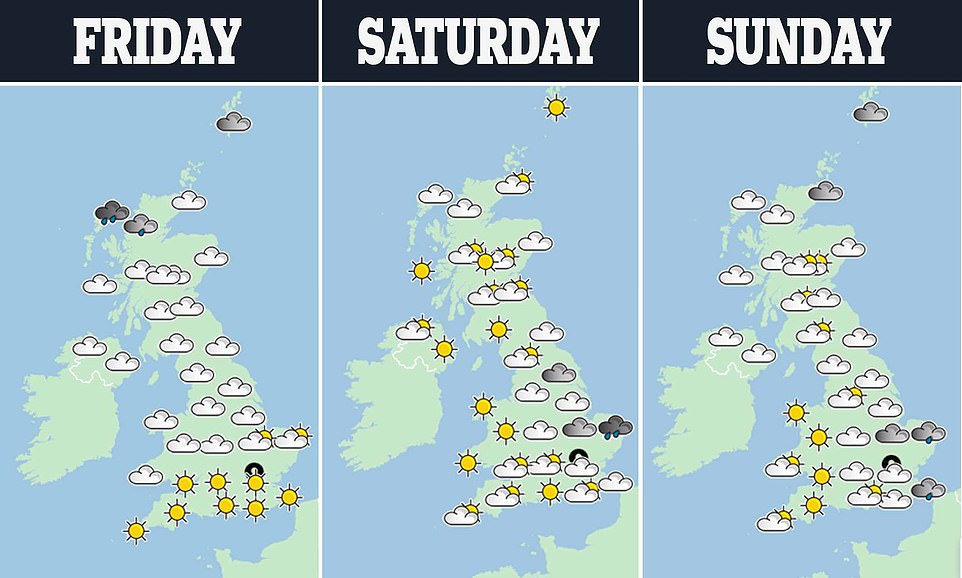 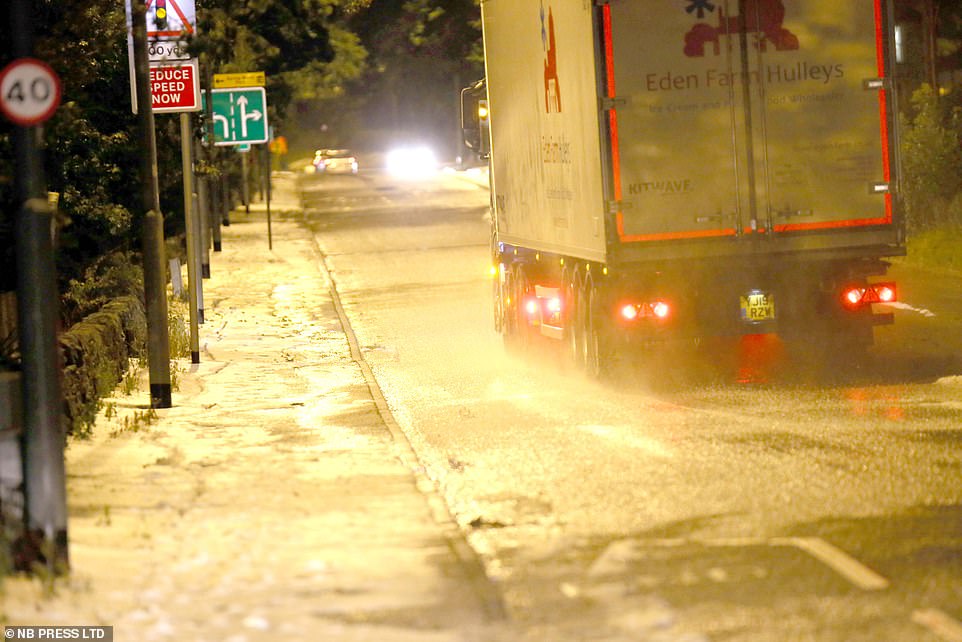 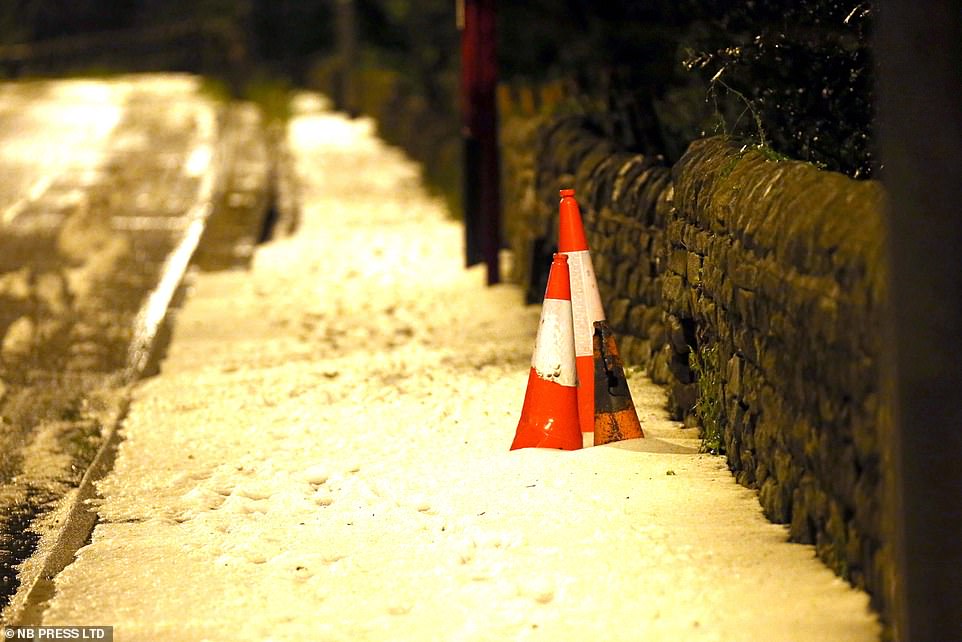 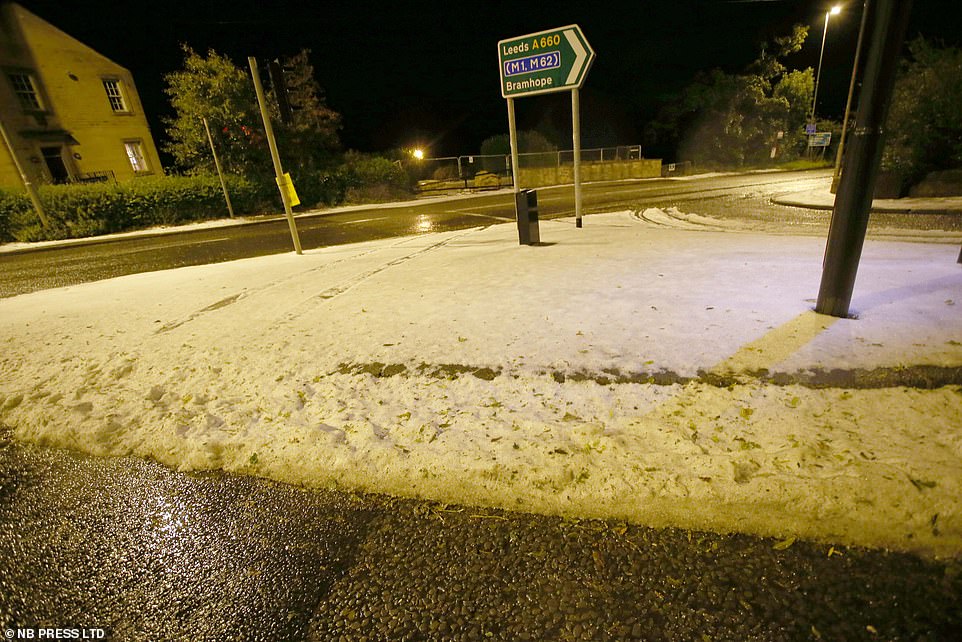 Highs of just 15C (59F) are expected in England this weekend although sunshine is expected for many parts of the country, just days after temperatures more akin to an August day on the Mediterranean.

Drivers across West Yorkshire including Bradford and Leeds were left battling a temporary hail whiteout yesterday amid snow showers, while in nearby Baildon and Shipley the stormy conditions led to reports of flash flooding.

Met Office forecaster John Griffiths said the storms were caused by a low pressure system over much of the UK and land heated by the sun which is enough to warm ‘the cold air aloft and generate these thunder storms’.

Today conditions will remain chilly, with eastern England feeling particularly cold amid persistent rain and strong northerly winds – with the area put under two Met Office weather warnings for the rest of the day. 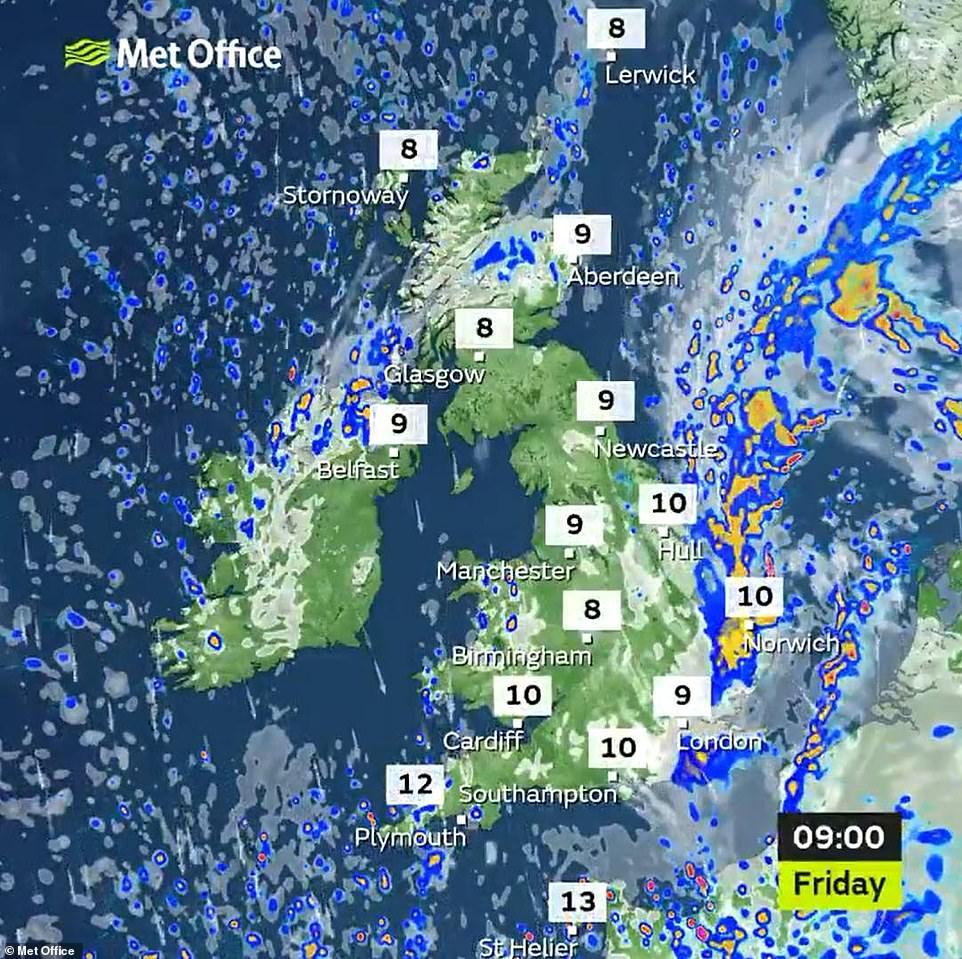 Heavy rain and strong winds are hitting parts of eastern England today, with temperatures not getting above 10C (50F) 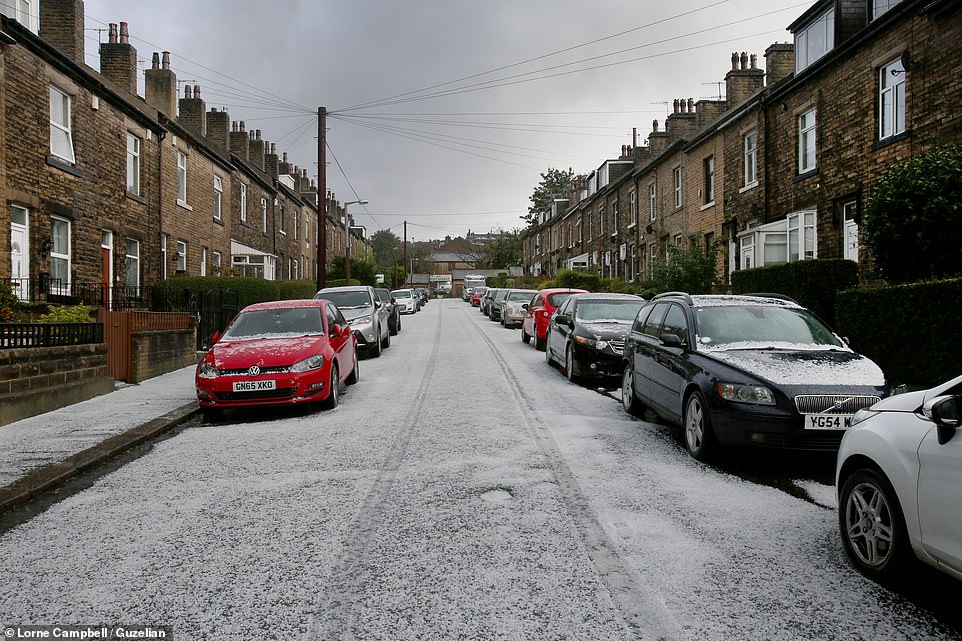 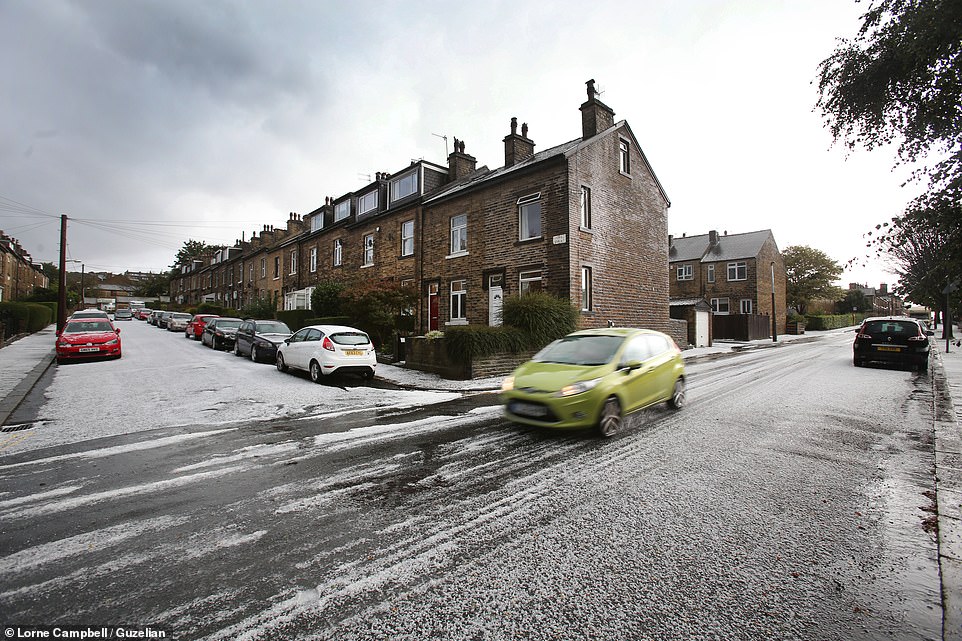 The Met Office said an area of rain developed in the southern North Sea last night and pushed into parts of Lincolnshire and Norfolk, with persistent and heavy downpours that could bring up to 60mm (2.4in) of rain.

Forecasters added that accumulations of up to 40mm (1.6in) are expected fairly widely and could bring flooding to homes and businesses, before the rain will gradually ease during this afternoon and evening

Meanwhile a period of strong northerly winds was developing across East Anglia this morning and persist into the evening, with gusts of 45mph to 55mph likely at times, and 60mph to 65mph possible in coastal areas.

People in Essex, Suffolk and Norfolk were warned to expect ‘delays to road, rail, air and ferry transport’ and ‘delays for high-sided vehicles on exposed routes and bridges’ as well as ‘short term loss of power and other services’.