UK weather forecasters have tipped a baking weekend for the UK, as the effects of a brutal European heatwave bleed into Britain. Weather officials have released urgent health warnings for France, Germany, Spain and Italy. Temperatures are set to climb as high as 42C (108F), and some regions of continental Europe are already struggling under 39C (102F). Officials believe the extreme heat could continue into early July.

Is the European heatwave coming to the UK?

The European heatwave will ensure UK weather gets much hotter, albeit for a shorter period.

In some places, temperatures could be boosted by as much as 10C.

Temperature records for 2019 could be broken over the weekend, with projections of 31C to 34C in some areas. 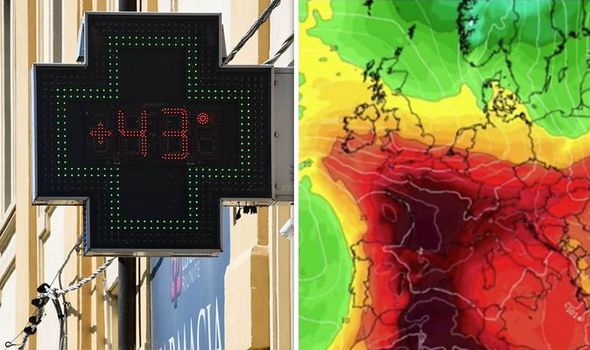 The Met Office confirmed temperatures would bleed into the UK, but this will be short-lived.

“On Saturday however, the warmth will spread across eastern parts of the UK with temperatures peaking around 33 to 34 Celsius.” 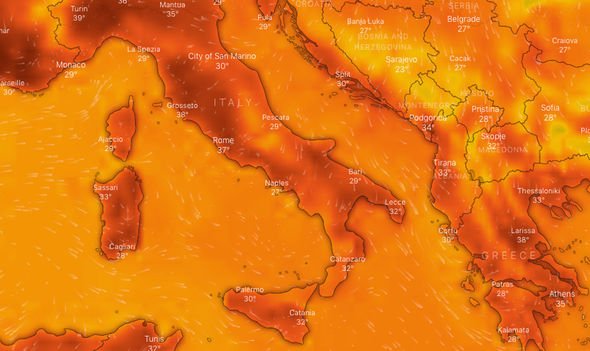 Unlike Europe, however, the heat is unlikely to last past this weekend, with a return of colder conditions next week.

Forecasters did say the country would still see its fair share of sun as July commences.

The Met Office long-range forecast reads: “There will be showers in the north on Tuesday, with fine and dry conditions in the south.

“Most of the UK is likely to have some warm sunshine over the next few days, though it is not expected to be as hot as this week.” 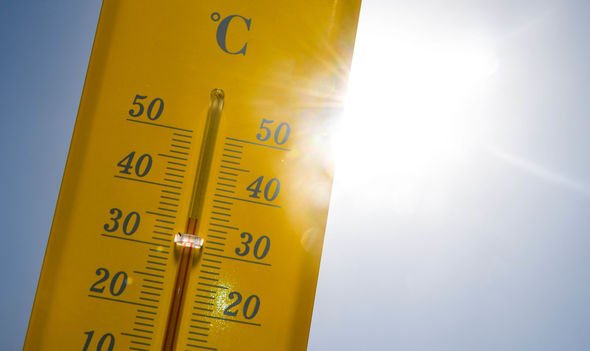 “It will be often dry and sunny for many eastern and southern areas, with the cloudiest conditions and likelihood of spells of rain across the north and northwest.

“Into next weekend confidence falls low.

“However, the most likely scenario is for mainly dry, bright and warm weather to continue, with warm temperatures mostly in the south and east but some cool nights will be possible too.

“Short-lived wetter and windier weather will also be likely at times, mainly in the north or northwest.”