The UK was battered by torrential rain and thunderstorms this week causing flooding misery for thousands of properties. In Lincolnshire, the RAF was drafted in to the town of Wainfleet after its river burst its banks and flooded 100 properties. Tens of Environment Agency flood warnings were put in place as a band of heavy rain moved northwards from the south of England to Scotland. The Met Office issued amber and yellow weather warnings throughout the week.

If the dismal weather has left you feeling low then do not worry as things may be able to change.

The Met Office said temperatures will rise next week as the low pressure responsible for the rain shifts away from our shores.

Instead, we can look forward to a “plume” of warmer air heading north from southern Europe where temperatures will be roasting.

Met Office meteorologist Alex Deakin said: “Next week, well that little dip is further west, so the low pressure system’s are more likely to be further west and not directly overhead. 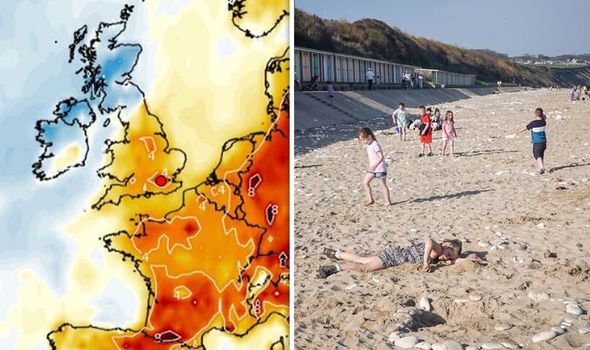 “Why is that important? Well that subtle shift, we call it a retrogression as everything moves its way westwards, could allow some warmer air to arrive.

“Because summer at the moment is across eastern Europe, hot conditions here, but as everything moves that way we could just start to waft up some warmer air towards the UK.

“And that’s what some of the computer models are suggesting for the middle part of next week.

“The warmer plume just heading its way up to the UK through especially Wednesday.” 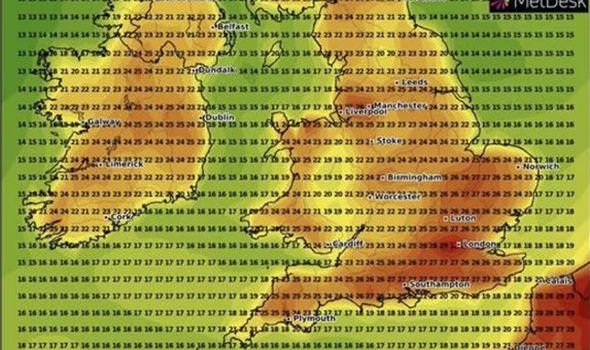 However do not get too excited because although temperatures will rise, it is unlikely we will see anything like the scorching heat predicted in mainland Europe.

But the mercury could reach 25C in London on Tuesday if we are lucky, although it will probably be cooler further north.

Following Tuesday, the long-range weather forecast will be “changeable and showery” with a split between north and south.

Showers will dominate in the north and west, with some strong winds, due to continuing low pressure. 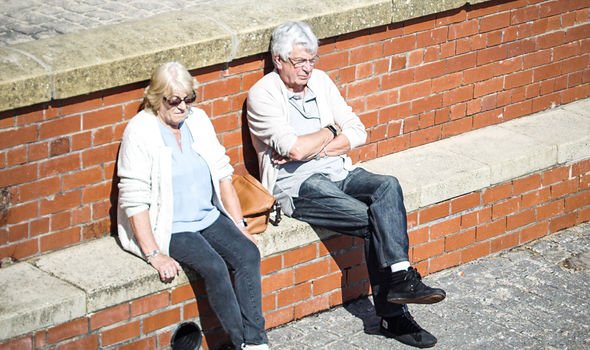 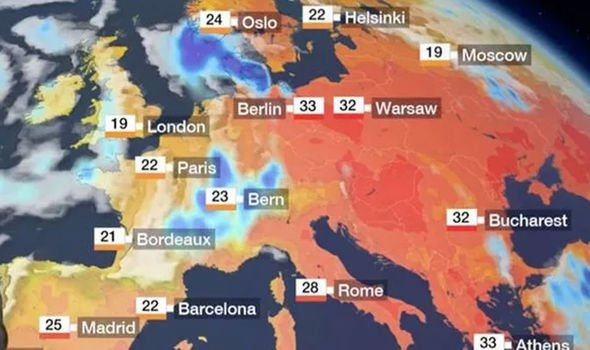 But the south and east will be warmer although there will be chance of “heavy and thundery showers”.

But there are signs high pressure will begin to dominate by the end of the month, the Met Office says.

This will bring “a greater chance of more settled and warm weather”.

So July and August could still be blazing hot yet.