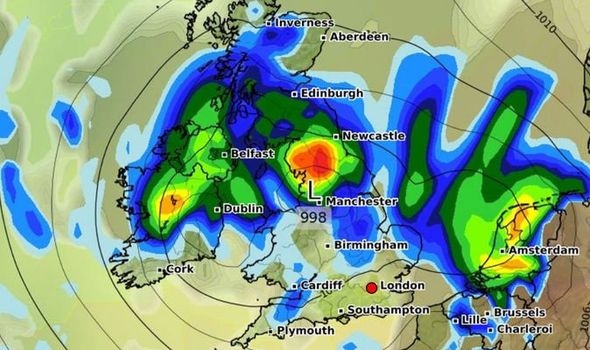 Travel chaos could ensue with flooding and spray making journey times much longer. Northern Ireland has been hit with the huge warning which could flood homes and businesses. Met Office meteorologist Aidan McGivern said: “Some big puddles out there first thing Wednesday morning but it clean in the north where a damp night is followed by a damp morning.

“Brighter skies further south across parts of England and Wales.

“Some sunshine first thing, feeling pleasant enough in that sunshine but showers continue to roll in from the sea.”

The North will be particularly unpleasant with thick cloud cover and a stiff breeze. 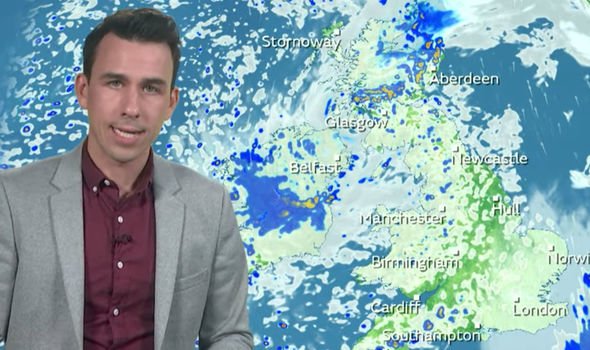 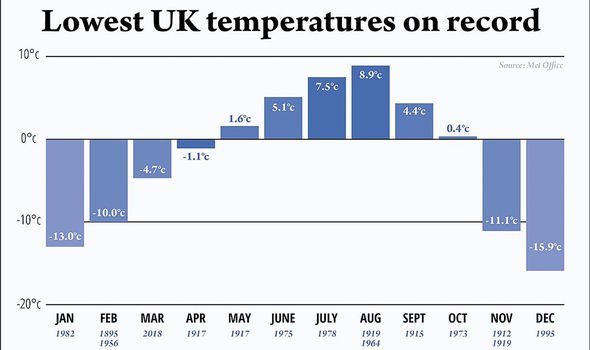 The rainfall is expected to be on and off making it an overall damp day.

Mr McGivern said: “It’s going to stay damp on and off in the north.

“Further south brighter skies yes but also some heavy showers setting off through the day because of the higher temperatures.

“Those temperatures will reach the high teens it’s gonna feel fairly pleasant in any sunshine. 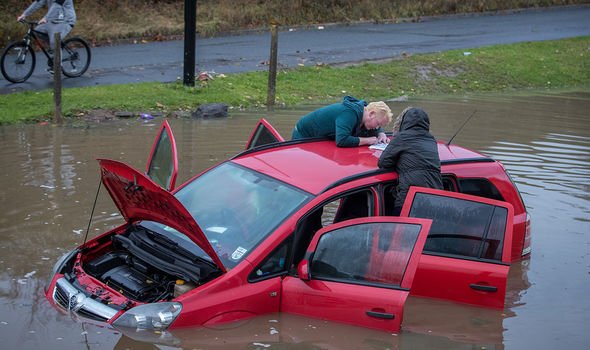 “But for central parts of Scotland down to the southwest of England there will be some heavy downpours hit and miss downpours.”

The worst is yet to come as thunderstorms are expected to hit on Thursday to Friday as hail will be among the heavy showers.

Mr McGivern added: “As we start off Thursday it’s looking a bit more cheerful out there first thing.

“You can see a slice of sunshine away from weather systems which are tending to surround the country at the moment.

“We’ve got one approaching there for Friday.

“One is just flirting with eastern parts of the country for Thursday now.

“Additional cloud into eastern England and then Eastern Northeast Scotland.

“Outbreaks of rain as well moving northwards through the North Sea and then a wet day to come for Northeast Scotland.”