“There will be gusty winds and downpours to start the week before the development of further thunderstorms and widespread showers at the end of the week.

“There are question marks around whether this will be Thursday or Friday, however, there will be the risk of further flooding in places as low pressure and various weather fronts bring hefty thunderstorms.

“On Friday the bulk of these potentially disruptive thunderstorms will be, particularly, in parts of northern, western, and south-western Britain, but anywhere is at risk.

“Despite a continuation of the expected and unsettled pattern through the coming weeks, it will continue to be warm and quite humid at times with potentially heavy and widespread thundery showers.” 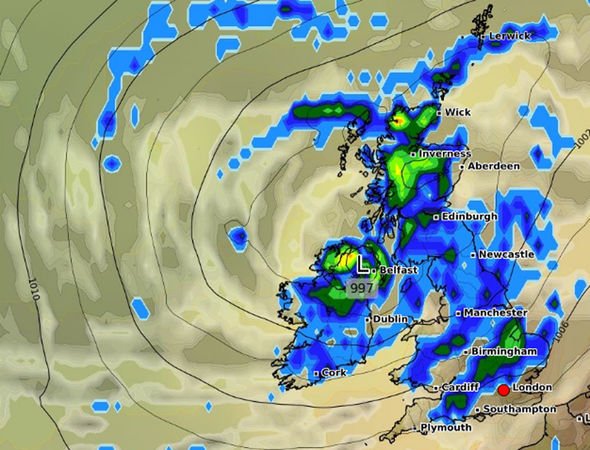 Here is a breakdown of the weather warnings

Thunderstorms are expected to develop across much of Scotland from late Tuesday morning and through the afternoon, then slowly die out during Tuesday evening.

Though some areas will miss these thundery showers, others could see 20mm (0.78 inches) within an hour and 30 to 40mm (1.18 to 1.5 inches) within 3 hours, as well as lightning and some hail. The greatest risk of impacts could well be across the north.

Thunderstorm warning two is in place from 12pm Tuesday until 9pm that evening.

This warning is for Northern Ireland, including County Antrim, County Armagh, County Down, County Fermanagh, County Londonderry and County Tyrone.

Scattered showers will become heavy, accompanied by hail and thunder on Tuesday afternoon and early evening, before becoming isolated later. Rainfall of 10 to 20mm (0.39 to 0.78 inches) may drop within an hour, and perhaps 30mm (1.18 inches) in several hours in a few places.

Thunderstorm warning one is in place from midnight on Wednesday until 10pm that evening.

This is for Grampian and Highlands and Eilean Siar.

Heavy showers and thunderstorms will continue to affect some areas overnight into Wednesday morning before developing more widely through the day. 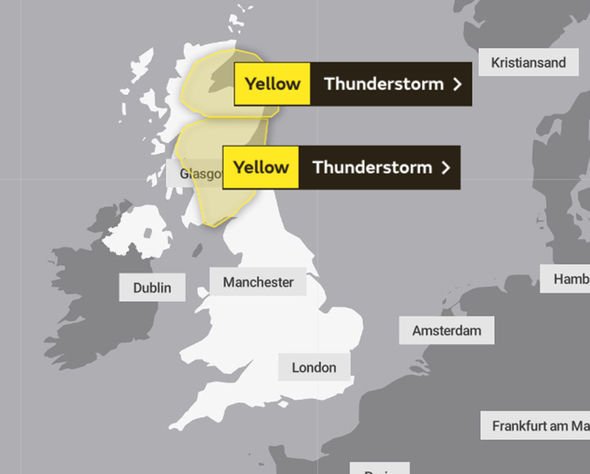 Thunderstorm warning two is in place from 11am on Wednesday until 10pm that evening.

Heavy, occasionally thundery showers are expected to develop late on Wednesday morning and through the afternoon, before slowly dying out during the evening. 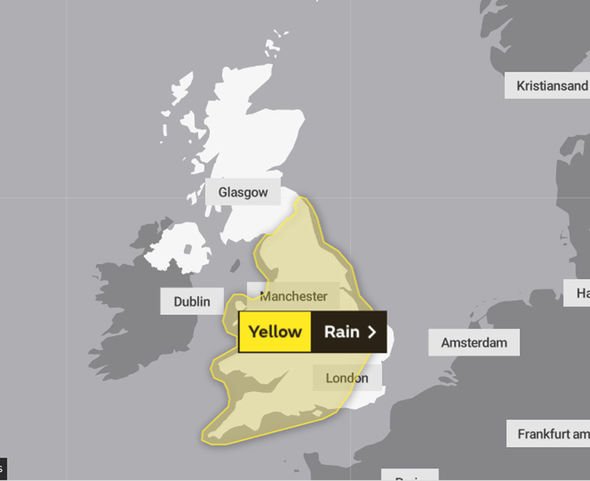 Rain warning is in place from midnight on Friday until 11.59pm that day.

A band of heavy rain, with the possibility of some very heavy bursts, will move northwards during Thursday night and Friday.

Within this band 10 to 15 mm (0.59 – 0.78 inches) is widely expected, however, some places could see as much as 30 mm (1.18 inches) in just a few hours. Once the rain has cleared, scattered showers and thunderstorms are expected to develop. 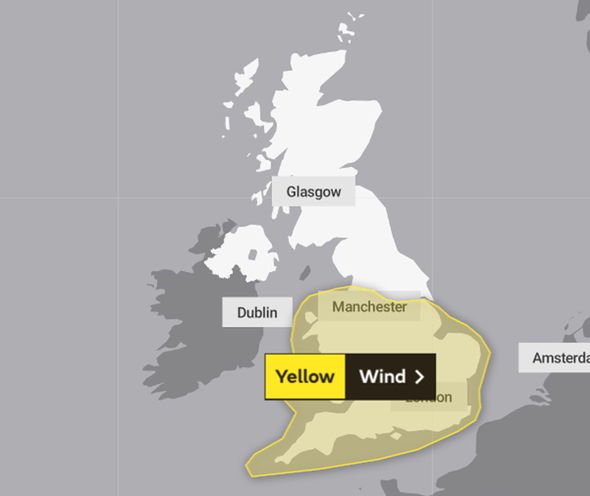 A wind warning is in place from midnight on Saturday until 11.59pm that night.

Unseasonably strong southwesterly winds are expected to cause some disruption, with gusts over 40 mph possible quite widely inland.

Gusts over 50 mph are possible along some coasts of the Bristol Channel, English Channel and through the Strait of Dover.