On Friday afternoon a recording of 35C was made at London’s Heathrow Airport. However, heavy rain is expected to fall today with the Met Office issuing an official warning for the Shetland Islands off Scotland.

Met Office meteorologist Alex Burkill explained: “Friday was the hottest day of the year so far but with the hot humid weather we have the risk of some thunderstorms developing overnight.

“Then through the weekend there will be some showers and also a fresher feel to things for many of us.”

Saturday morning will start with a mixture of clear skies and cloud patches accompanied by light rain.

Temperatures will remain warm under the clear skies though will not rise to Friday’s levels. 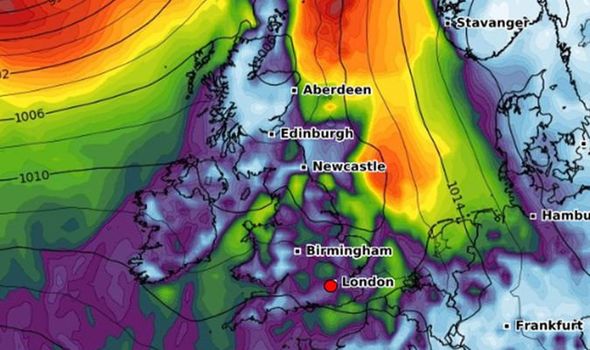 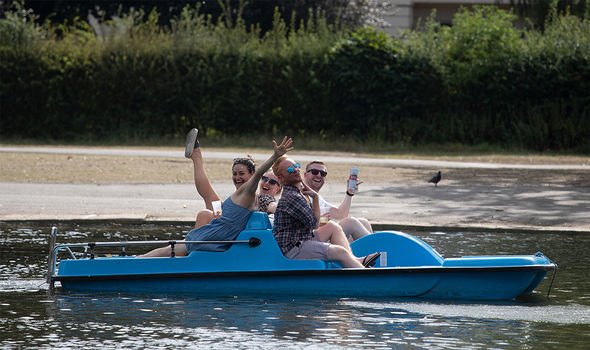 Mr Burkill forecast: “As we look through Saturday morning it will get off to a bright start for many places but some cloud and outbreaks of rain across western parts of England and Wales, this pushing its way eastwards.

“We’ll see some scattered showers developing across many parts of England, also Northern Ireland and some parts of Scotland too.

“There will still be some dry sunny weather around and in the sunshine, it should feel relatively warm with temperatures still above average for the time of year but markedly lower than we saw on Friday.”

“As we go through the end of the day on Saturday most of the showers across England should die out and clear away towards the east and there will be some dry weather for a time. 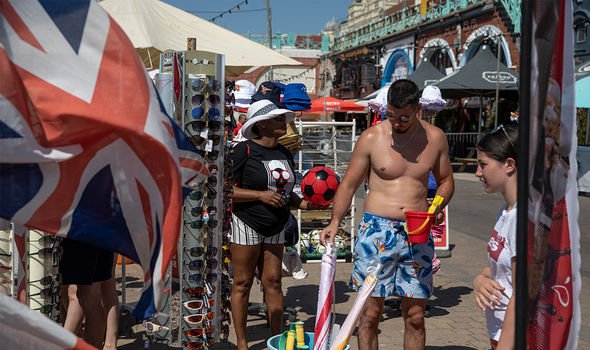 “However, further rain is going to push its way in across parts of Northern Ireland and Scotland and later north-western parts of England and Wales.

“The temperatures are going to be a little bit lower on Saturday night compared to Friday night – as a result I do think it will be a little bit more comfortable for sleeping for many of us.”

It says residents should expect spray and flooding on roads which could cause disruption to bus services.

BBC Weather: 40C heatwave scorcher to be halted by incoming downpours [SHOCK]
UK hot weather MAP: Britain to sizzle in 95F – how hot is YOUR area? [REVEAL]
How to get FREE ice cream today as UK weather hotter than IBIZA [REVEAL] 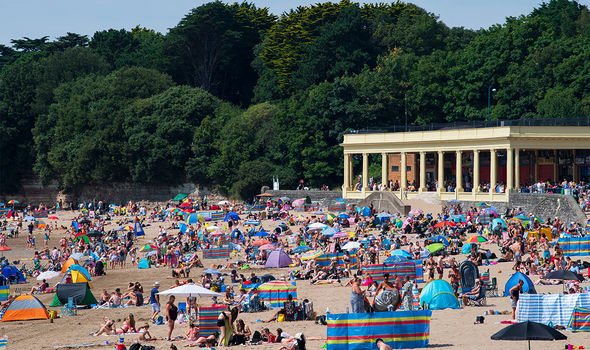 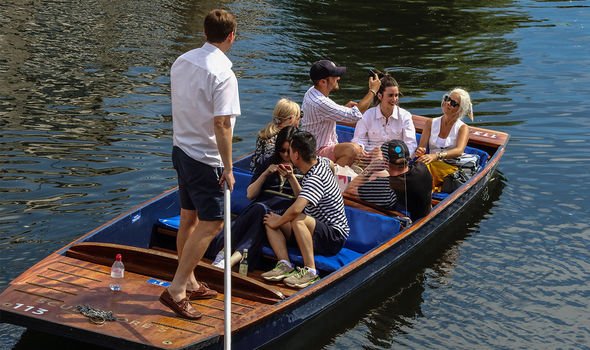 It also warns disruption to power supplies is possible after the storm strikes.

Sunday is forecast to be cloudy with light rain over the west of Britain whilst eastern parts should see more sunshine.

Mr Burkill predicted: “Getting off to a cloudy and damp start across many parts of Scotland and northern and western parts of England and Wales.

“Here there will be further showery rain as we go through the day, also over parts of Northern Ireland too.

“Further east that’s where we’ve got the best chance of staying dry with a good deal of sunshine as well, particularly across south-eastern parts of England.

“Temperatures on Sunday likely to be a little lower still compared to Saturday, still feeling warm enough in any sunshine but a fresher feel than what we’ve become used to recently.”

The beginning of next week should see more spells of cloudy weather and showery rain. 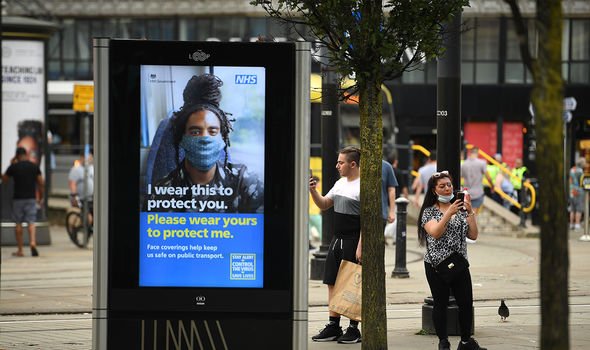 However, towards the middle of the week a new weather front will arrive bringing some heavy rain.

Next week will generally be cooler than it has been recently but still temperate.

The worst of the rain is expected to hit the north-west of Britain from Wednesday onwards.