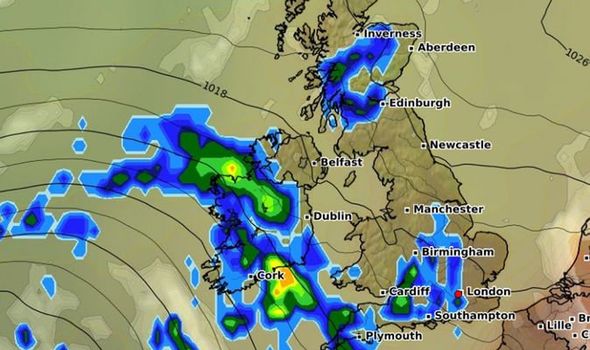 Met Office meteorologist Luke Miall explained in his forecast Sunday would start off well for most of the country before worsening in the evening. He said there will be a “mostly dry start for the majority of us”. Some showers will develop in the south west of England and north Scotland.

He predicted “this rain will fragment” with much less expected down in southern Scotland.

Showers will mainly hit around the Irish Sea, with several striking south-west Wales.

The afternoon is expected to pleasant, with London hitting 27 degrees at 3pm.

It will be cooler on the east coast and the wetter south-west. 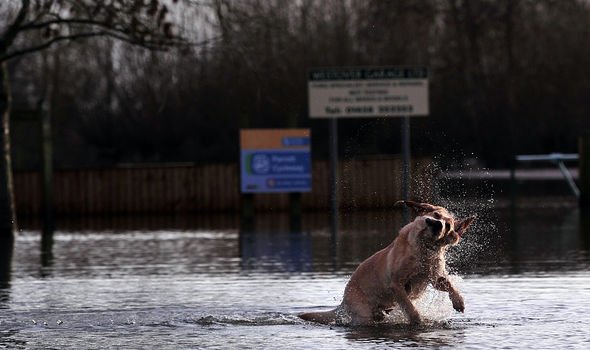 But as Sunday ends, the weather is expected to get progressively worse.

Mr Miall noted there is “a thunderstorm warning in force across northern England and north-west Wales.

The weather warning is yellow.

He added: “Risk of some flash flooding, hales and gusty wind as well”. 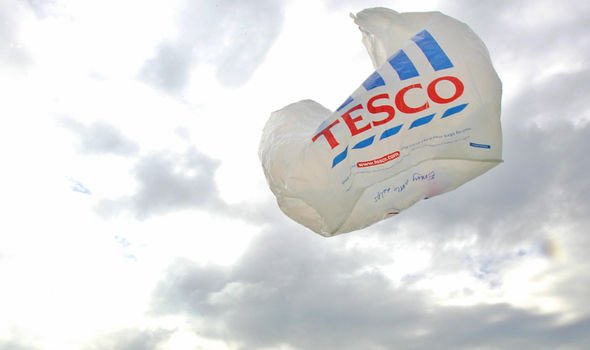 Northern Ireland will see some thunderstorms with the UK having “quite a hot, humid night to come” according to the meteorologist.

He added this pattern “could spark one or two showers through Monday morning”.

More heavy rain is expected on Monday, with fierce showers in the afternoon.

This pattern “could spark of one or tow showers through Monday morning”.

The temperature will then heat up somewhat, with some parts of the nation hitting 34 degrees towards the end of the week.