The charts forecast unsettled conditions across the UK next week with temperatures below freezing for some parts of the country. Swell and wind charts from weather forecasting site Magic Seaweed reveal a westerly Atlantic storm system will hit the UK on Wednesday evening.

The swell chart shows high seas moving across the Atlantic on Wednesday, indicating stormy conditions will hit the UK between 9pm on Wednesday and 6am on Thursday.

The chart’s deep red and grey data indicates waves of between 30 and 40 feet are expected in the Atlantic as the storm moves towards Britain.

The height of waves crashing ashore in Britain will be far lower but rough seas are expected.

Wind charts also show blustery conditions arriving during the same period, with conditions registering 9 on the Beaufort scale forecast for the west case. 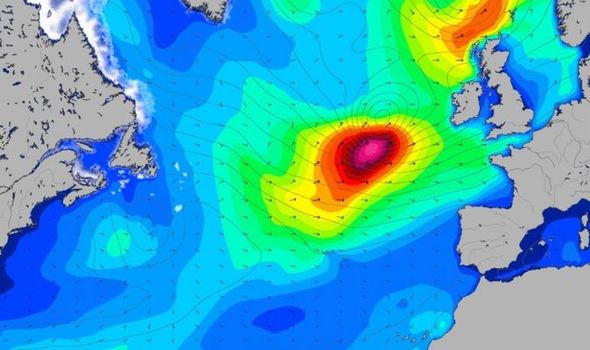 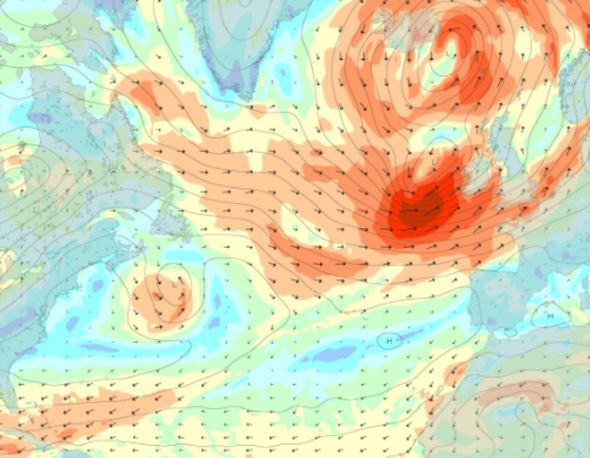 This registers as “strong gales”.

This system, the Met Office said, will bring heavy rain and strong winds later on Wednesday, with coastal gales expected.

The Met Office added: “We could well see some wind and rain warnings and certainly going into Wednesday and Thursday”.

Going into Sunday afternoon, it will be dry with some bright or sunny spells, but there will be a fair amount of cloud too. 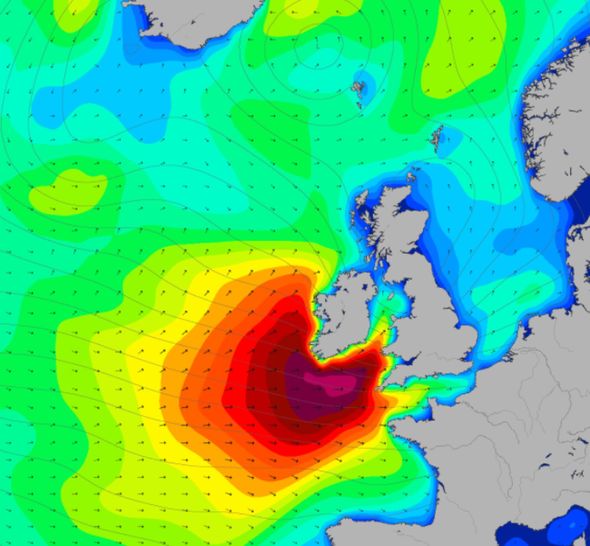 This evening will be a dull evening with thick cloud cover although a few clear spells will develop.

It will continue damp across Scotland with outbreaks of light rain and drizzle.

Overnight will continue cloudy and damp across Scotland however further south will be dry with clear spells and variable amounts of cloud.

Temperatures will peak between 5-8C today with light and variable winds, the Met Office said. 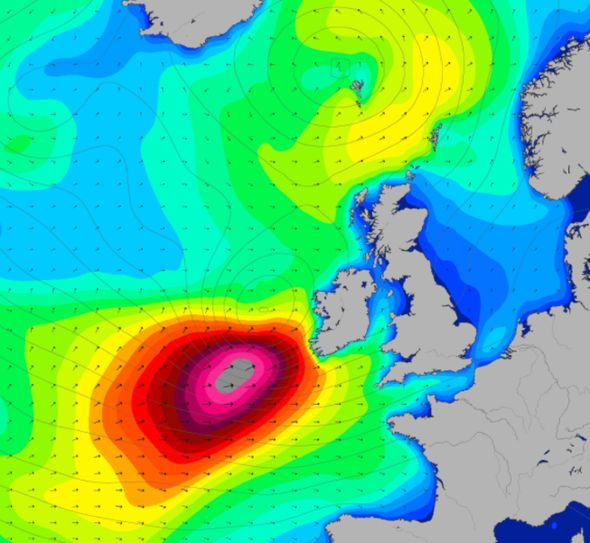 Going into Monday, there will be early sunny spells before turning mostly dull with cloudy skies.

Spells of rain and drizzle will spread across Scotland and Northern Ireland with temperatures peaking at between 6 and 9C.

Forecaster Marco Petagna added that the UK was “holding onto” fine weather on Sunday.

Commenting on conditions next week, he added: “It’s wet and windy around the middle of the week.

BBC Weather: Temperatures to fall below freezing in parts of UK

“Temperatures are expected to trend close to average, although some overnight frosts are still possible, mainly in northern parts of the country.

“By night it will be below freezing in some parts.

“A little bit disappointing throughout the south with highs of seven or eight degrees.”

Going into Thursday and later on into next week, the Met Office added: “It is remaining unsettled for most on Thursday with frequent blustery showers, winds could reach severe gale around some coasts with gales also possible inland.

The unsettled theme is then likely to remain through the following weekend with further spells of rain and showers.”