Rain is forecast for most regions for the rest of this week, particularly in the north, with some turning thundery.

Flood alerts are in place for parts of central, south, and eastern England, with warnings that property may flood and there may be some travel disruption.

Amber alerts are in place for the River Blythe in Warwickshire, the River Cole, the River Rea, the River Stow and Smestow Brook in the Black Country and south Staffordshire and Upper Tame.

There are fears that recent heavy rain and thunderstorms could have a significant impact on water levels in those areas.

The Met Office forecast for Thursday predicts: “Rather cloudy for many but also some bright or sunny spells.

“Mostly dry but patchy rain along the central spine of the UK. Not feeling as warm as recent days.” 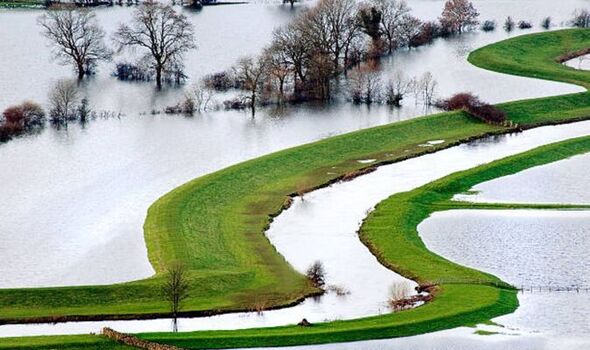 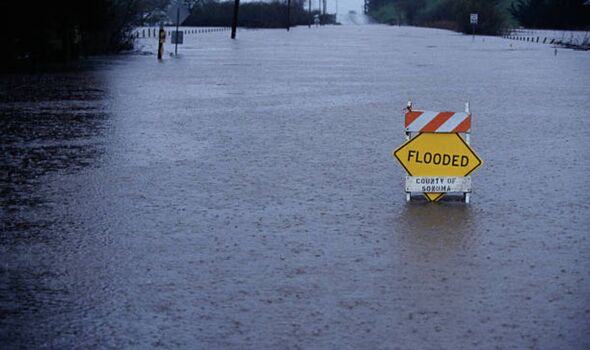 For Friday and the weekend, it has forecast: “Sunshine and scattered showers on Friday, possibly heavy in the south.

“Rain and wind in the north and west through the weekend. Mostly dry in the southeast and becoming warmer.”

Monday and Tuesday saw record temperatures in the UK as the mercury hit 40.3C in Coningsby, Lincolnshire. 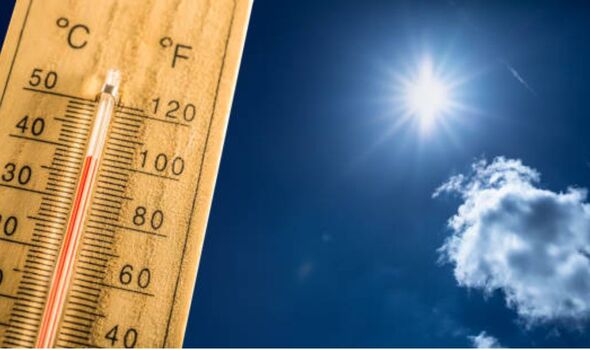 The heat stuck around on Monday night as temperatures in many places stayed above 25C, making it the hottest-ever night.

The heat is likely to continue throughout the coming years as climate change is causing temperatures around the world to rise.

Professor Friederike Otto, a climate scientist at Imperial College, told the BBC: “In a few decades this might actually be quite a cool summer.” 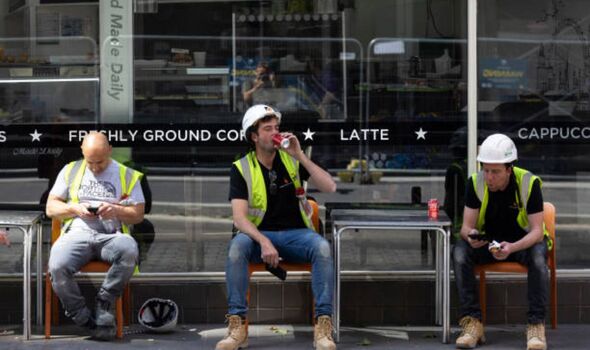 Heatwaves caused an additional 2,000 deaths in 2020, according to the UK Health Security Agency.

That figure is likely to triple in coming decades without Government action, according to Baroness Brown, deputy chair of the Climate Change Committee.

She said: “We’ve been telling the Government for over 10 years that we are nothing like well enough prepared in the UK for the really hot weather we are seeing now.”