A map of the UK shows a simmering summer heatwave is on its way in the next week, turning the heat up for England and Wales while bathing Northern Ireland and Scotland in balmy sunshine too. Highs of 29C in London will finally kick-off the great British summertime from June 25 thanks to a heatwave making its way from the Mediterranean. Wales will enjoy top temperatures of 25C while Northern Ireland and Scotland remain on par with 18C highs.

The Met Office’s long-range forecast said: “As we head into the final week of June, there are signs that high pressure may dominate, bringing a greater chance of more widely settled and warm weather.”

The excellent weather, which has seen summertime delayed due to a dank and dreary June, will last for three days and will leave behind a mild rest of the month.

Flooding, thunderstorms and lashings of rain have defined the weather across much of the UK this week.

Large swathes of the UK remain under Met Office severe weather warnings throughout Thursday, with heavy rain expected to cause flooding. 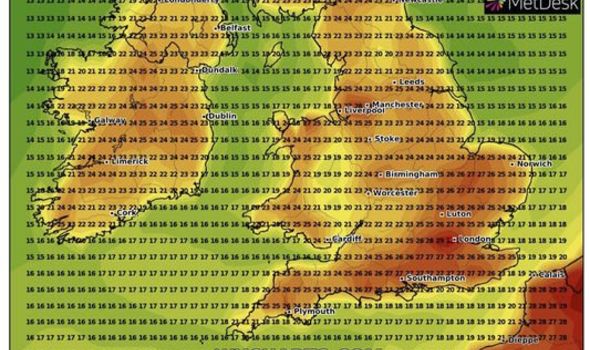 Travel disruptions have been reported up and down the warnings zones as train lines flood and sinkholes open up on the M25.

This brutal weather is unseasonal for this time of year, with meteorological summer beginning on June 1.

This weekend will be a mixed bag for many, according to the Met Office, with a risk of heavy, thundery showers in the east or southeast at first, moving west.

It won’t be too cold though, with temperatures around normal for the time of year. 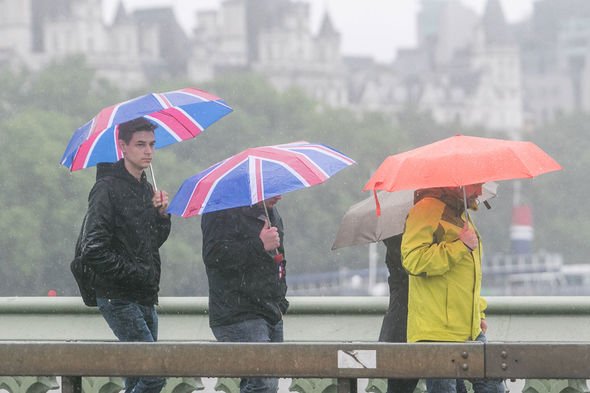 The Met Office said: “The most probable scenario going forward is for a continuation of these changeable conditions, which will be most prevalent across eastern and southeastern parts.”

Western and northern areas should be more settled, though with a few windy and rainy spells and chilly at night before the better weather begins in under two weeks.