Hurricane Laura hit the southern coast of the USA last week, bringing death and destruction to a part of the world that is no stranger to complex and powerful weather systems. Described by forecasters as ‘unsurvivable’, thousands were forced to evacuate their homes and several people have died.

Hurricane Laura’s affects are still going to be felt here, with the UK forecast for a wet and windy week up and down the country.

Hurricane Laura hit the southern coast of the USA and proceeded to track north east, eventually downgrading to a tropical storm.

As it loses its power, the storm heads over the Atlantic Ocean and toward Europe and the UK – and it’s set to bring a washout to much of the UK.

Scotland and Ireland look set to bear the brunt of the bad weather starting on Tuesday, and on Wednesday, rain is going to push across the rest of the UK, with heavy outbreaks in the west and showery spells in the east. 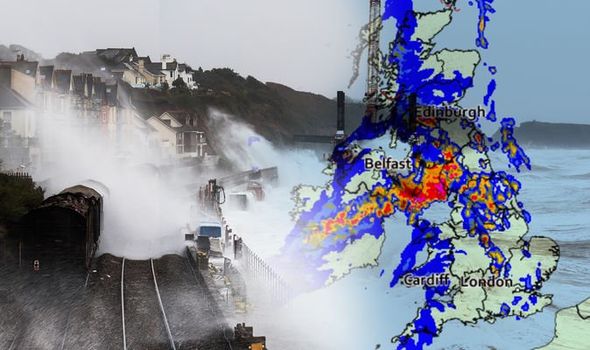 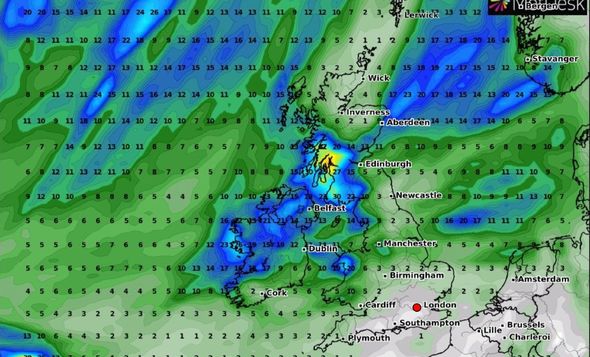 Winds are also going to start and the country is set for blustery conditions throughout the rest of the week.

Brits will see some sun but face widespread outbreaks of rain on Thursday and Friday, and the weekend will continue to see spells of unsettled weather, Mr Birkhill said.

The mercury is also set to drop on Saturday and Sunday with maximum temperatures struggling to reach the high teens.

The south east looks set to avoid the rainfall but Nick Finnis, senior forecaster for Netweather, warned a few patches of rain could hit by early evening. 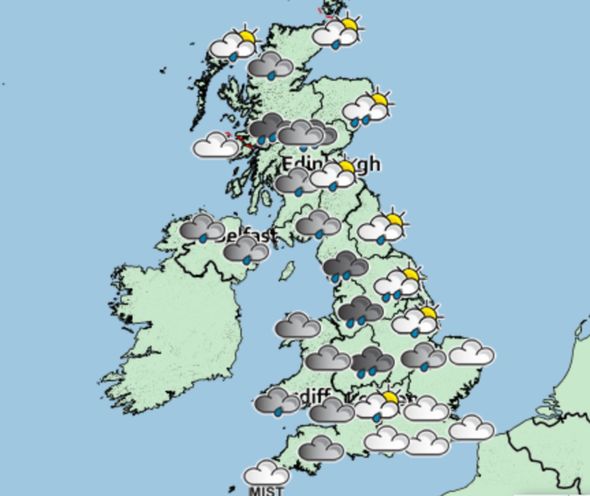 He said: “Rain gathering across the west Wednesday morning – which will be heavy across N. Ireland, western Scotland then NW England and Wales as it reaches here late morning.

“The rain continuing to spread northeast across northern and western areas into the afternoon, heavy in places.”

Wednesday will bring “outbreaks of rain in the west, heavy at times, moving steadily eastwards.

“Windy with a risk of coastal gales. Central and eastern England remaining dry and bright until the evening.”

It continues: “Rain moving southeast on Thursday and Friday, followed by brighter weather with showers. 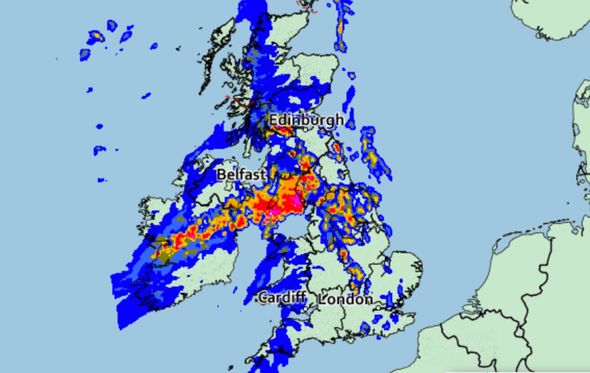 Meteorological summer has also ended and autumn began on September 1, in what has been a pretty miserable summer in the UK as it battles through the coronavirus crisis.

The August bank holiday weekend unfortunately brought with it rain and overcast weather, with temperatures dropping well below average for this time of year.

The low temperatures of the bank holiday weekend ended a month of “extreme” weather in the UK, which has included two named storms, a heatwave and the hottest August day recorded in 17 years.

The chilly spell is in stark contrast to last year’s August Bank Holiday which was the hottest on record, as the mercury hit 33.2C at Heathrow Airport.