New weather charts show bitterly cold temperatures and fresh snowfall across many parts of the UK after a week of snow smashing the nation. More cold is to hit tonight with WXCharts forecasting the coldest temperatures to hit high points around the Yorkshire Dales and North Pennines.

Across southern and eastern parts of England temperatures between -3C and -4C should be expected, with -6C forecast for hilly areas of Wales.

Parts of Kent will also see temperatures plummet to -6C tonight, though the capital will be warmer at around -2C.

The mildest conditions should be expected in Cornwall, where temperatures are unlikely to fall below freezing and could remain as warm as 5C.

Northern Ireland is also relatively mild with between -1C and 0C expected for the province. 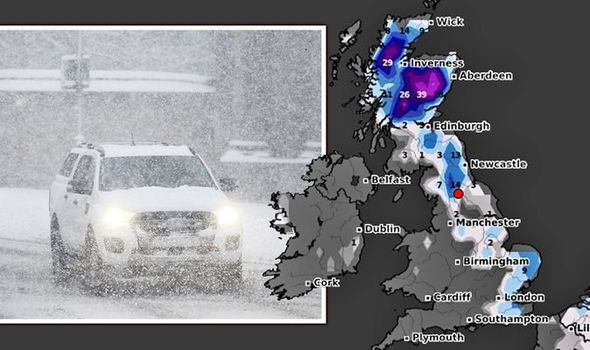 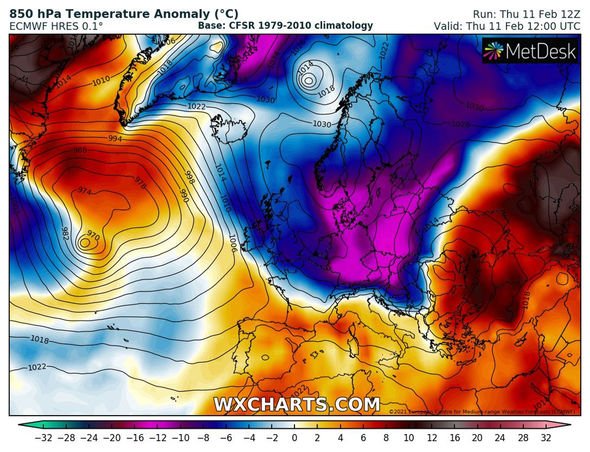 Snow depths in the south-east should hit around 1cm or 2cm, with higher totals in hilly areas.

This wintry weather will stick around for several days with snow likely across eastern and northern areas of England, as well as Scotland, through to Monday. 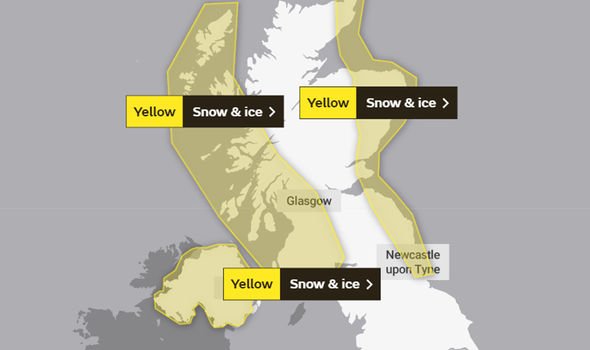 Some snow will continue falling over the Scottish highlands until we head into next weekend.

A Met Office weather warning for snow and ice is currently in place across eastern Scotland and part of north-east England.

The agency warns: “Some roads and railways likely to be affected with longer journey times by road, bus and train services.

“Some injuries from slips and falls on icy surfaces. 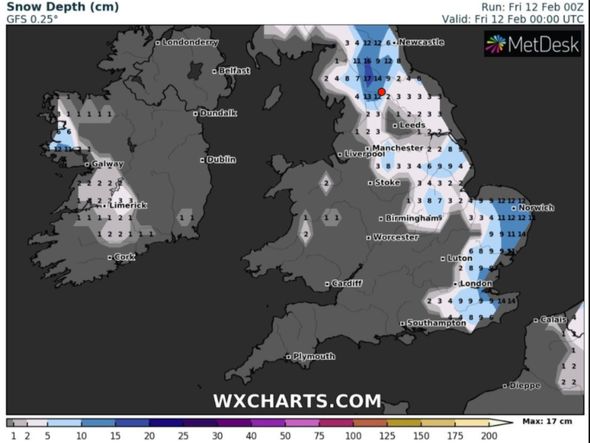 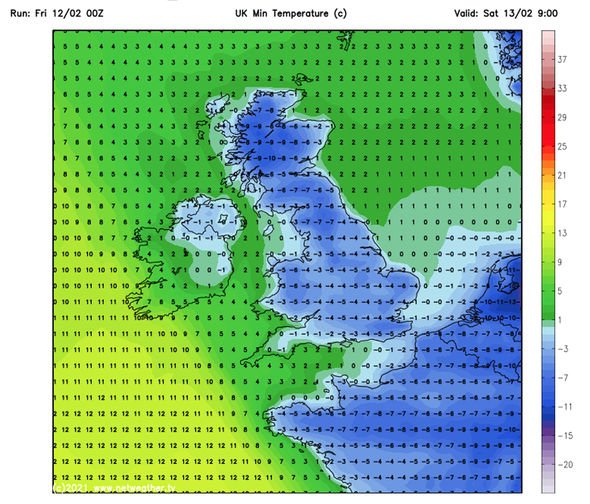 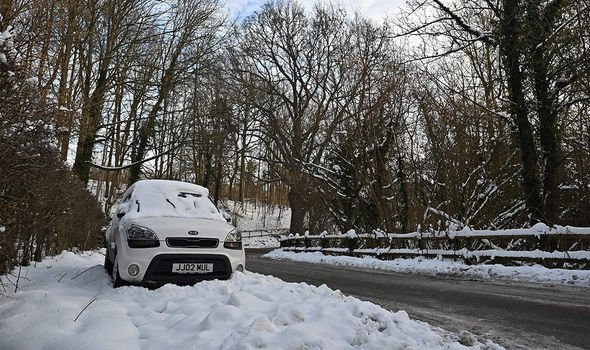 “Probably some icy patches on some untreated roads, pavements and cycle paths.”

On Saturday this warning will remain and be joined by additional snow and ice warnings covering western Scotland, Northern Ireland and a stretch of central Wales.

The Met Office forecasts: “A band of snow is likely to arrive into Northern Ireland during the early hours of Saturday with snow continuing here though the day.

“One to 4cm of snow is possible widely with 5 to 10cm, perhaps up to 15cm over high ground.

“Whilst there remains a chance of heavy snow for parts of Wales and western Scotland it is more uncertain whether there will be sufficient snow to cause any disruption in these areas.

On Saturday the Met Office warns “some rural communities” in Northern Ireland could “become cut off”.

There are also fears of transport disruption “stranding some vehicles and passengers” along with power cut fears.

Pavements are expected to be icy and pedestrians are advised to use them with care.

Untreated paths, which have not been gritted, may in some cases become impassable. 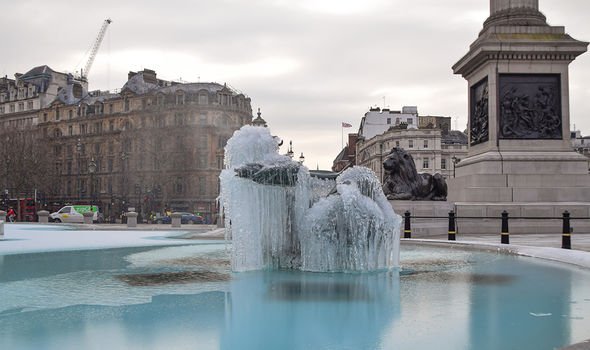 For the Western Isles and parts of Northern Ireland Met Office warnings remain in place until the end of Sunday.

Heading into next week the agency forecasts: “Windy with rain and hill snow spreading eastward on Sunday, freezing rain for many central and eastern areas.