Britain must STILL pay £9billion EU membership fee next year even if it leaves without a deal on October 31, Brussels warns

Britain will still have to pay the £9billion EU membership fee for next year even if it leaves without a deal on October 31, Brussels warned today.

Budget commissioner Gunther Oettinger insisted the UK was liable for contributions to the end of 2020 whatever the outcome of negotiations.

He warned that even if the government refused to pay up immediately the bloc would make sure it gets the money ‘at a later stage’.

The incendiary demand risks pouring fuel on the raging cross-Channel row at a critical point in negotiations.

The estimated £39billion divorce bill was one of the most controversial parts of Theresa May’s Withdrawal Agreement, and ministers have made clear they will not be bound by it if there is no wider settlement. 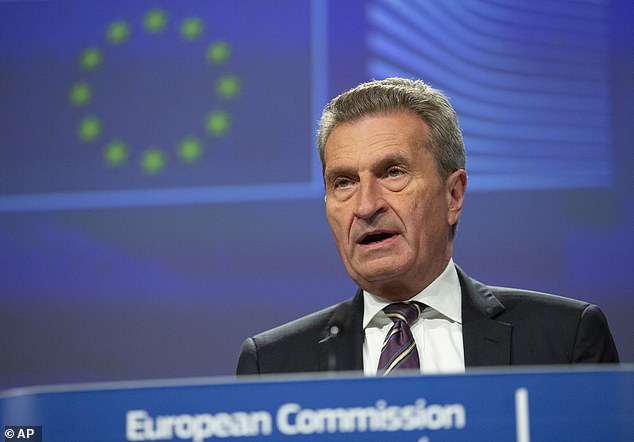 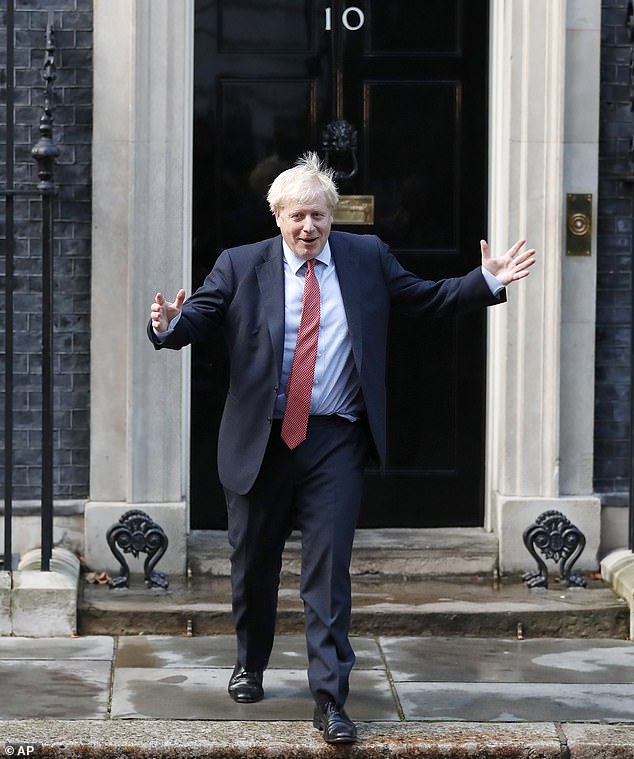 But speaking at a news conference in Brussels, Mr Oettinger said: ‘In the 2020 draft budget, the UK is a full partner with all rights and obligations in terms of monies paid and monies received and that is how we understand the law.

‘If the British are not prepared to pay, we are sure we will get the money at a later stage but not immediately.’

What happens next in the Brexit crisis?

Here is how the coming weeks could pan out:

October 14: Parliament is due to return for the Queen’s Speech.

October 17-18: A crunch EU summit in Brussels, but Mr Johnson now seems certain to boycott the event in protest at the bloc’s intransigence.

October 19: If there is no Brexit deal by this date Remainer legislation obliges the PM to beg the EU for an extension to avoid No Deal.

Jeremy Corbyn has said that he will only let Mr Johnson trigger an election after an extension has been secured.

If there is a deal, it will start being rushed through Parliament immediately.

October 31: The current deadline for the UK to leave the EU.

Boris Johnson is expected to meet Irish PM Leo Varadkar face-to-face tomorrow or Friday as they struggle to find a way through the deepening deadlock.

Talks appear to be on life support after Mr Johnson had a brutal clash with Angela Merkel in a telephone call yesterday.

Downing Street briefed that the German Chancellor had told the PM that Northern Ireland had to stay in the EU’s customs union and aligned to its regulations ‘forever’.

A No10 source said that made the task of getting a deal ‘essentially impossible’, as the UK would never accept being divided.

A supposed ‘concession’ by the EU on the Irish border backstop appeared to be dead on arrival today.

There are suggestions that Brussels could offer a ‘time limit’ to show the UK will not necessarily be stuck in the arrangements forever.

The proposal would involve Northern Ireland politicians being given a vote on whether to leave the arrangements – which keep the province in the customs union and aligned to single market rules – after a number of years.

However, the idea has already been shot down by the DUP, who pointed out that it would require the consent of both nationalist and unionist communities to get out of the backstop.

Sinn Fein leader Michelle O’Neill said it was ‘not plausible’ for the Northern Ireland assembly – which has not been sitting for over two years – to be given such a decision.

Mr Johnson has insisted one of the plus points of leaving quickly is to free up cash that would otherwise have gone to the EU. Ministers have suggested the full amount will not be due, and they could fight demands from Brussels in the courts. 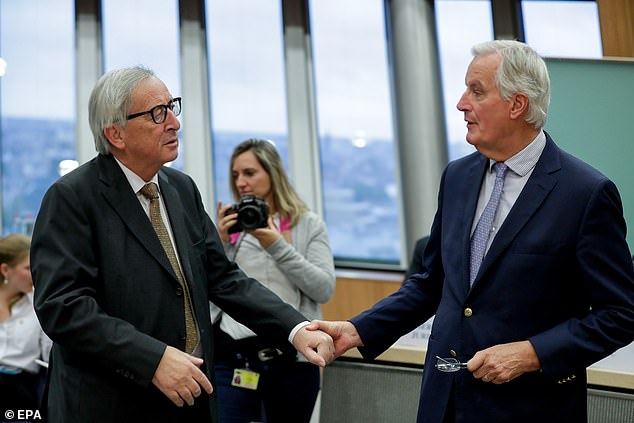