JERUSALEM (Reuters) – Israel’s ruling right-wing government on Tuesday moved swiftly to embrace Washington’s backing for Israeli settlements, even as Palestinians and Arab leaders condemned the step as a threat to the international rule of law. 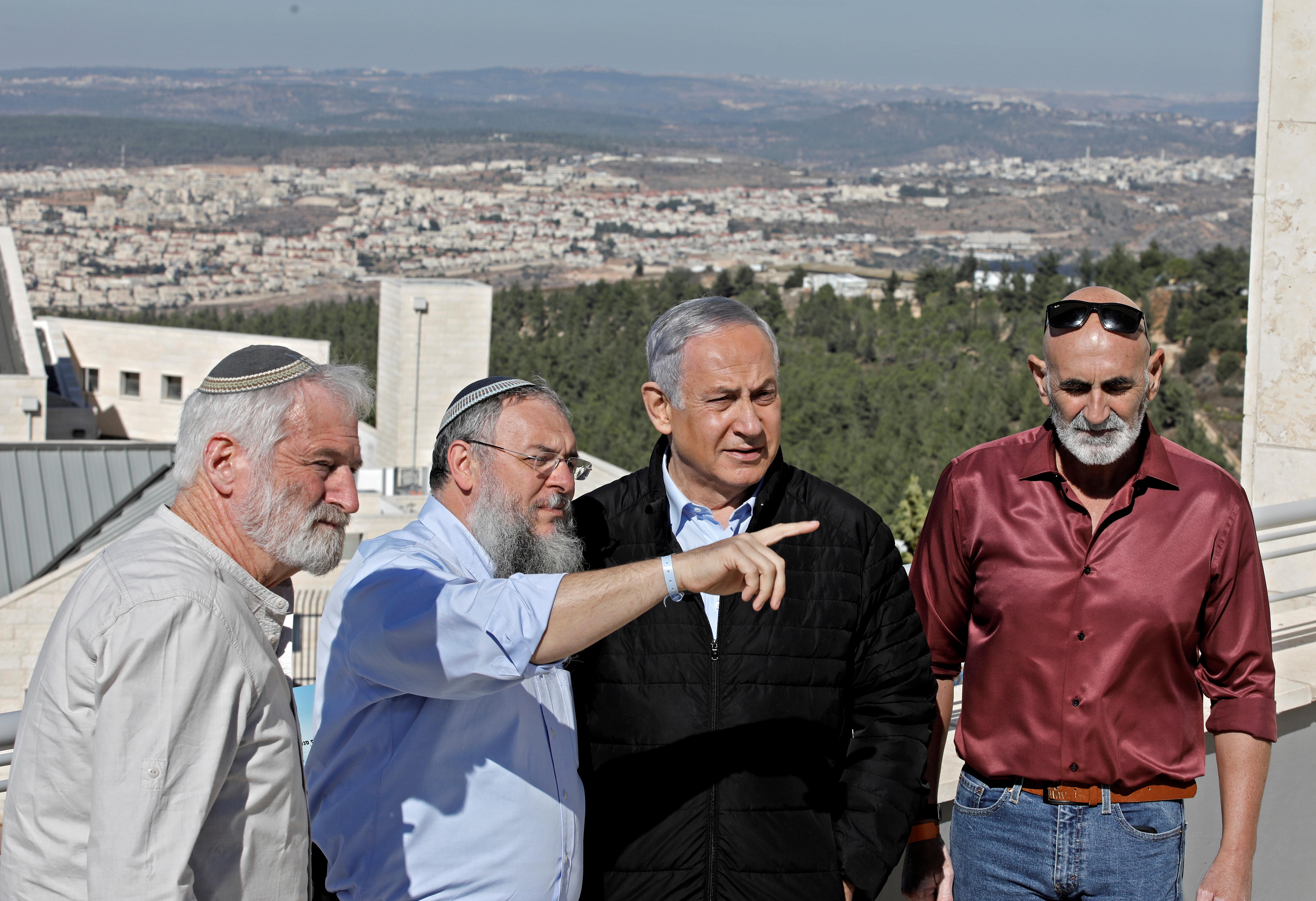 Monday’s announcement by Secretary of State Mike Pompeo abandoned the position that settlements in Israeli-occupied territory were “inconsistent with international law”, reversing a legal position taken by the United States under President Jimmy Carter in 1978.

Israeli Prime Minister Benjamin Netanyahu lost no time in making political capital out of the announcement, as he struggles to remain in power following two inconclusive Israeli elections and the threat of possible criminal prosecution over corruption charges, which he denies.

“I admit that I am very moved,” Netanyahu said as he visited the Etzion bloc of settlements in the Israeli-occupied West Bank on Tuesday.

“The Trump administration has corrected a historic injustice,” Netanyahu said. “This is a very great day for the State of Israel and an achievement that will stand for generations.”

Some Israeli analysts said the announcement had little practical effect on the ground – with settlement building already in evidence under a Netanyahu-led government, as under previous Israeli administrations since the area was captured from Jordan in the 1967 war.

In Geneva, the U.N. human rights office said the settlements remain in breach of international law, echoing a position taken by the International Court of Justice in an advisory opinion in 2004.

Israel disputes this, and Netanyahu has cited historical and biblical links to the West Bank in supporting Jewish settlement there.

Palestinians say settlements jeopardise their goal of establishing a state in the West Bank and Gaza Strip, with East Jerusalem as its capital.

“The bias of the Trump administration towards the most extreme in Israel blinds it from seeing the basic principles of international law and consensus,” said Palestinian Prime Minister Mohammad Shtayyeh on Twitter.