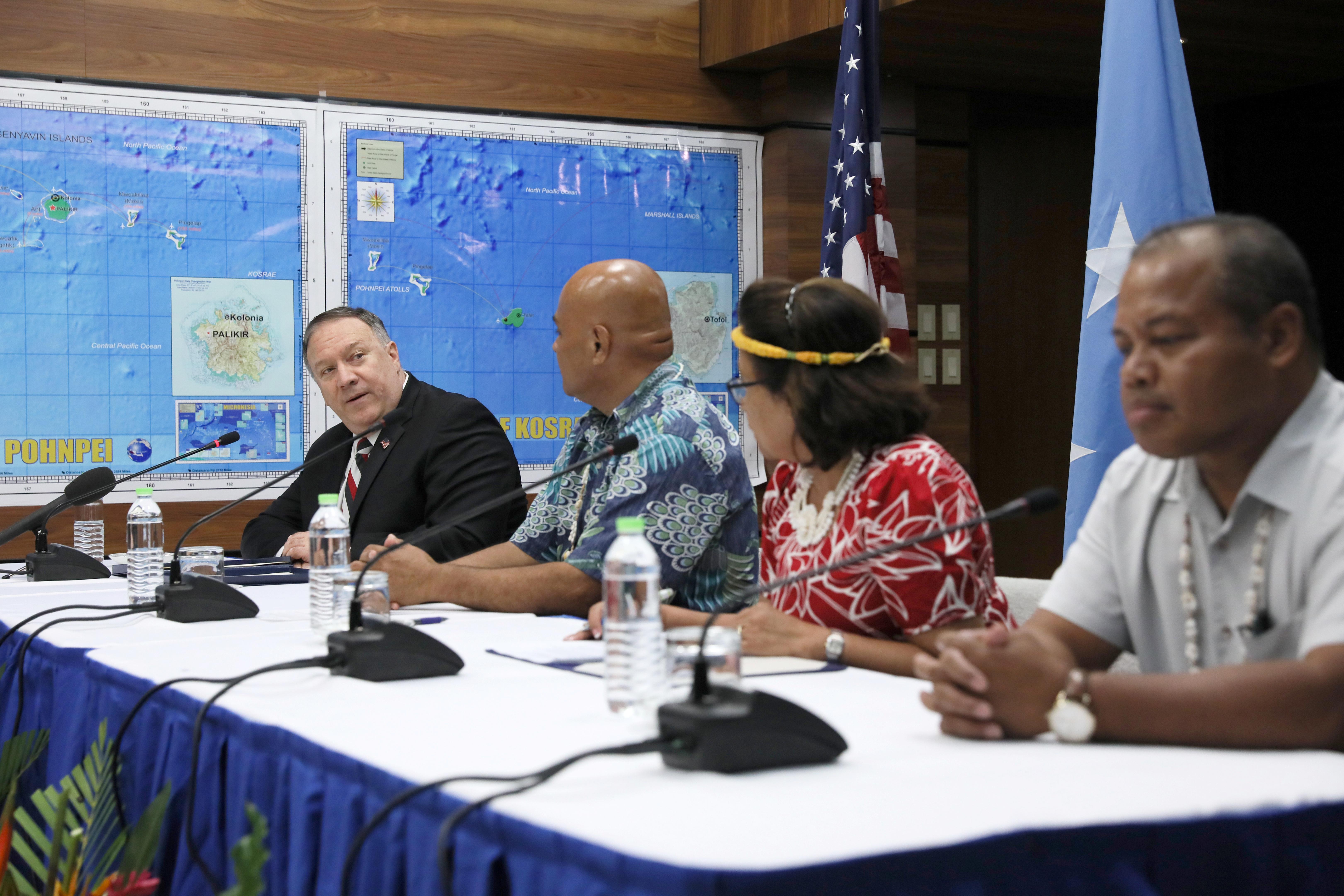 Under the terms of the deal, known as the Compact of Free Association, the U.S. military have exclusive access to airspace and territorial waters of the Federated States of Micronesia, the Marshall Islands and Palau. In exchange, the small islands receive financial assistance.

“Today, I am here to confirm the United States will help you protect your sovereignty, your security, your right to live in freedom and peace,” Pompeo told reporters in Pohnpei State, one of four members of the Federated States of Micronesia.

“I’m pleased to announce the United States has begun negotiations on extending our compacts…. they sustain democracy in the face of Chinese efforts to redraw the Pacific.”

Pompeo, who is the first U.S. Secretary of State to visit Micronesia, spoke after meeting the leaders of Micronesia, the Marshall Islands and Palau.

The three tiny Pacific nations have gained greater strategic significance in recent years due a push by China into the region. During a visit to Sydney on Sunday, U.S. Defense Secretary Mark Esper described China’s actions as both “aggressive” and “destabilizing”.

Laying the foundations for negotiations, U.S. President Donald Trump in May hosted the leaders of the Federated States of Micronesia, the Marshall Islands and Palau – a rare state visit for such small countries.

The agreement is due to expire in 2024, and any lapse could have created a potential opening for China.

“Federated States of Micronesia form part of the second island chain that China sees as a way of containing their strategic ambitions,” said Jonathan Pryke, director of the Pacific Islands program at the Lowy Institute, a Sydney think tank.

“The relationship is a critical one, but China is increasing its pursuit of the region.”

China has become the region’s biggest bilateral lender during the past decade, although U.S. allies including Japan, Australia and New Zealand have retained – and in some instances recently increased – their already significant aid programs to Pacific island economies.

Reuters analysis of budget documents shows that most of China’s concessionary loans have flowed to those Pacific island economies with which it has strong diplomatic ties, including Fiji, Papua New Guinea, Tonga, Samoa and Vanuatu.

Countries that have retained ties to Taiwan – like Palau, Kiribati and Solomon Islands – have limited Chinese investment.