WASHINGTON (Reuters) – U.S. Defense Secretary Mark Esper fired the Navy’s top civilian after losing confidence in him over his handling of the high-profile case of a Navy SEAL convicted of battlefield misconduct in Iraq, the Pentagon said on Sunday. 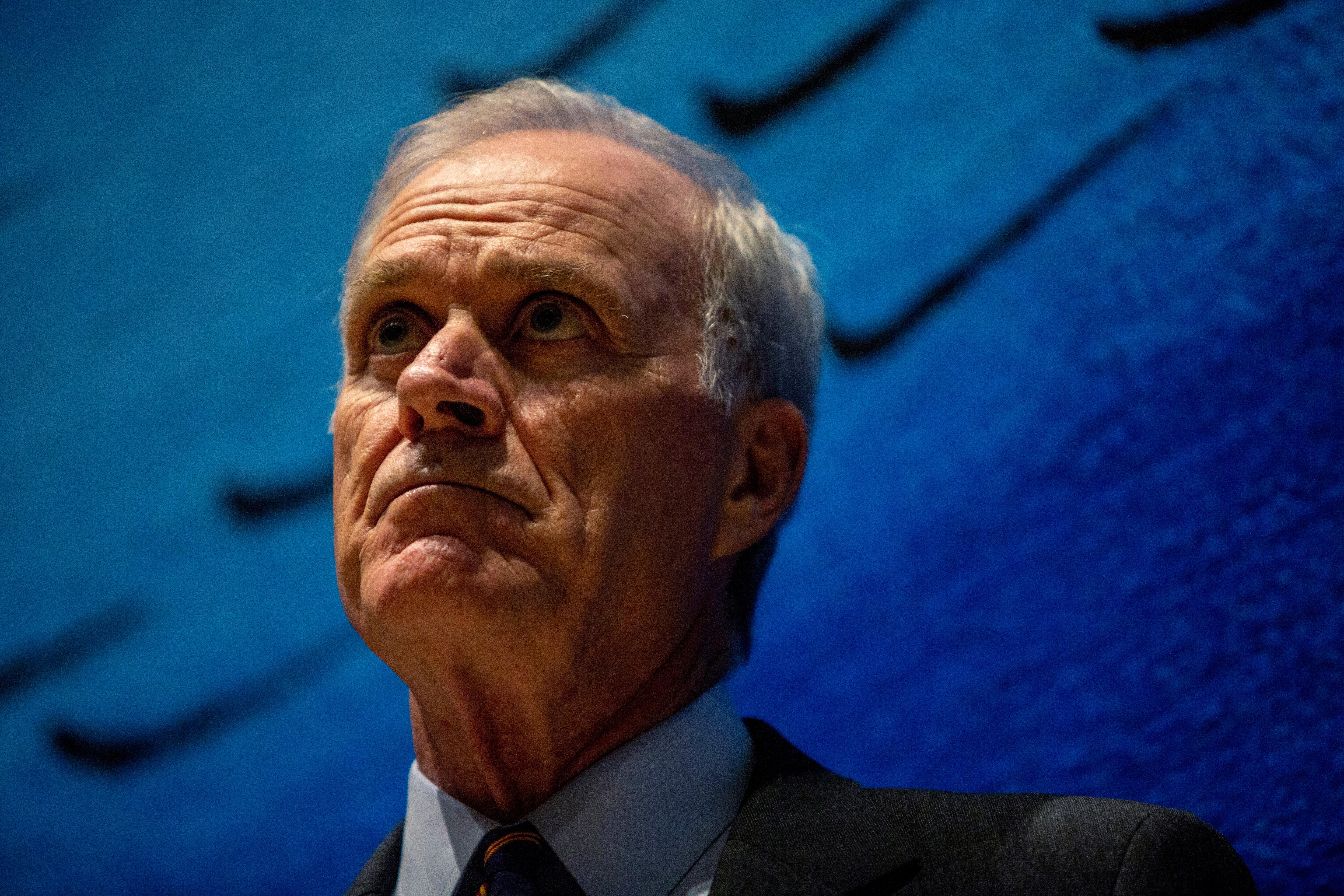 Esper also determined that the sailor in question, Special Operations Chief Edward Gallagher, should be allowed to retain his Trident pin designating him as a SEAL – effectively ending the Navy’s efforts to carry out a peer review that could have led to his ouster from the elite force.

President Donald Trump had publicly opposed taking away Gallagher’s Trident pin. Trump had already intervened in Gallagher’s case earlier this month, using his authority to restore the decorated officer’s rank and pay and allow him to retire later this year on a full pension.

Navy Secretary Richard Spencer made headlines last week for suggesting a possible split with Trump by saying Gallagher should face a peer review board.

But Pentagon spokesman Jonathan Hoffman said Spencer also had a private line of communications with the White House.

“Secretary Spencer had previously and privately proposed to the White House – contrary to Spencer’s public position – to restore Gallagher’s rank and allow him to retire with his Trident pin,” Hoffman said.

Esper decided to ask for Spencer’s resignation after “losing trust and confidence in him regarding his lack of candor over conversations with the White House,” Hoffman said.

Gallagher, 40, was demoted in rank and pay grade after being convicted by a military jury in July of illegally posing for pictures with the corpse of an Islamic State fighter.

On Nov. 15, the White House said in a statement that Trump had restored Gallagher’s rank and had pardoned two Army officers accused of war crimes in Afghanistan. Critics had said such actions would undermine military justice and send a message that battlefield atrocities will be tolerated.

In an appearance on Fox News Channel on Sunday, Gallagher indicated that he hoped to retire next Saturday, “without the board” convening to decide whether he could continue to be a SEAL, considered among the most elite of U.S. fighting forces.