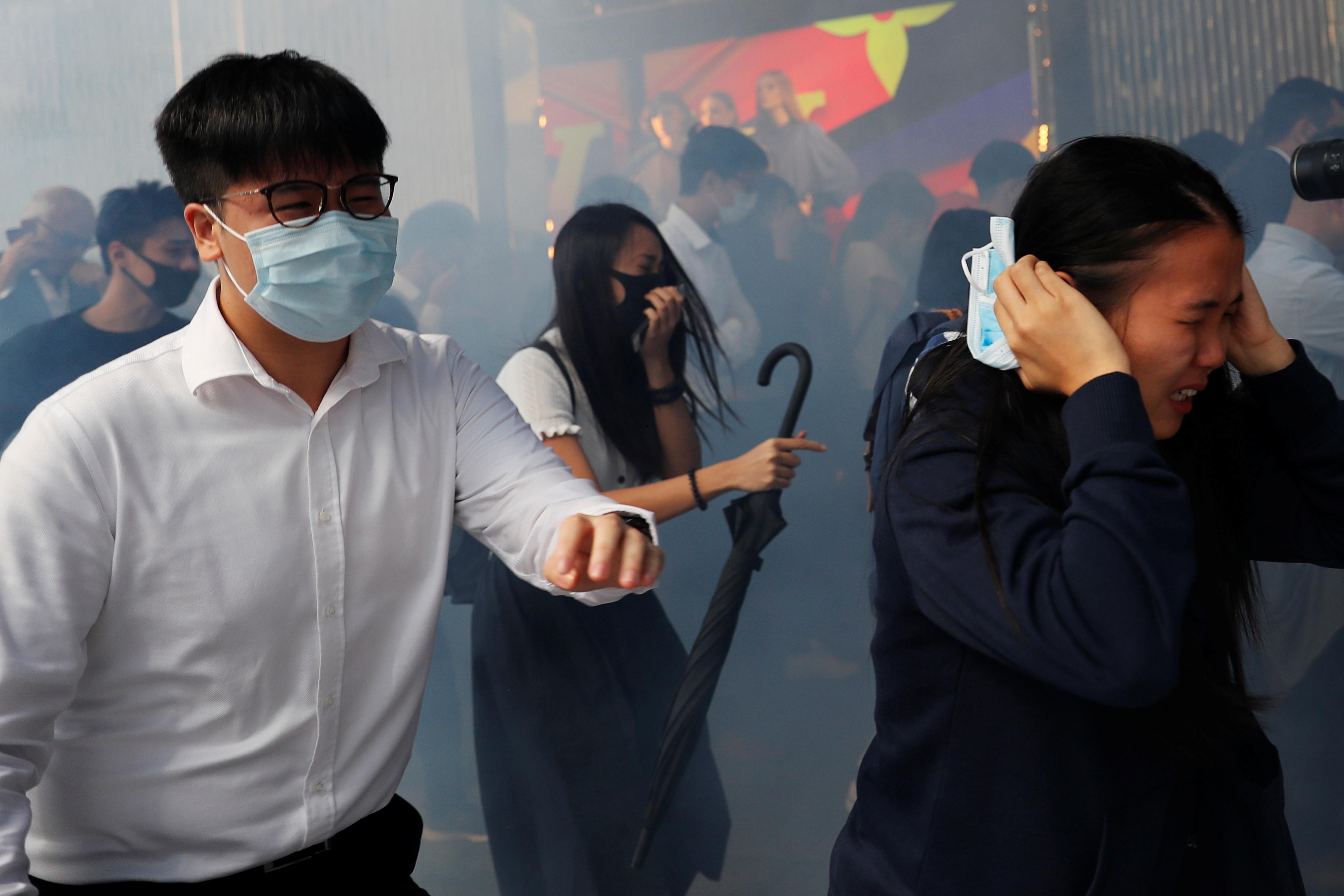 WASHINGTON (Reuters) – The United States on Monday condemned “unjustified use of deadly force” in the latest Hong Kong violence and urged police and civilians alike to de-escalate the situation, a senior Trump administration official said.

In a separate statement, U.S. State Department spokeswoman Morgan Ortagus urged Beijing to honor commitments that “Hong Kong will ‘enjoy a high degree of autonomy’ and that the people of Hong Kong will enjoy human rights the freedoms of expression and peaceful assembly.”

The U.S. statements came after Hong Kong police shot and critically wounded a protester and a man was set on fire in violence that prompted leader Carrie Lam to denounce the demonstrators as “enemies of the people.”

“Hong Kong police and civilians alike have a responsibility to de-escalate and avoid violent confrontations,” the U.S. administration official said, speaking on condition of anonymity, after a weekend of stepped-up clashes in pro-democracy protests across the Chinese-ruled territory, a former British colony.

Hong Kong was handed back to China in 1997 with a mandate for “one country, two systems,” which allows Hong Kong wide-ranging freedoms not available on the mainland.

Ortagus said the United States was watching the situation in Hong Kong with “grave concern” and condemned violence on all sides.

“The United States urges the Hong Kong government to build on its dialogue with the Hong Kong public and begin efforts to address the underlying concerns driving the protests. We also urge the protesters to respond to efforts at dialogue,” she said.