ANKARA/ISTANBUL (Reuters) – A week after sending half a million coronavirus test kits to the United States, Turkey is struggling to ramp up its own testing for the disease as doctors warn the country has reached a crossroads in containing the fast-growing outbreak. 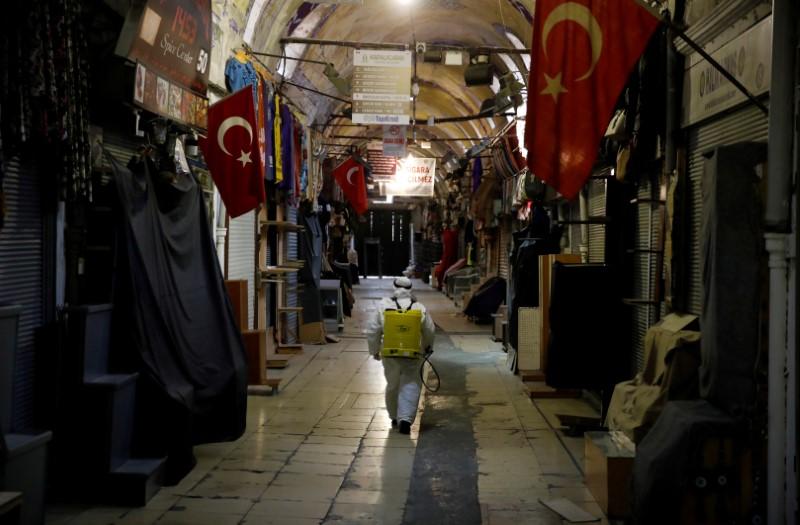 Turkey reported its first infection just over two weeks ago.

Since then, a surge in cases to 3,629 has outstripped rates in most other countries and the government has fallen short of its target to conduct 10,000 tests per day.

In interviews with Reuters, experts have urged stronger stay-at-home orders and some said it was risky for Ankara to export 500,000 kits to the United States only to turn around and order a million more from China.

“Our test numbers are low. We were certainly not prepared. Countries that are ready must have high test numbers,” said Sinan Adiyaman, chairman of the Turkish Medics Association (TTB).

The government has said it took timely measures to delay the outbreak.

But Adiyaman said Turkey was slow on some steps, including suspending sports leagues and quarantining those coming from abroad, especially the thousands returning this month from an Umrah pilgrimage.

“Around 200,000 people arrived from abroad since the outbreak began, and they were just given a simple fever test and released across Turkey in an uncontrolled manner,” he said. “You cannot fight a pandemic this way.”

The coronavirus has so far killed 75 people in Turkey, an international crossroads with one of the world’s biggest airports in Istanbul.

About 40,000 tests have been done including about 7,000 in the last 24 hours, suggesting Turkey is edging toward the target Health Minister Fahrettin Koca set out a week ago, but only two-thirds of the way there. South Korea, seen as the global leader, does more tests each day than Turkey’s total.

To contain the virus, Ankara has closed schools, cafes and bars, banned mass prayers, and suspended sports matches and flights. President Tayyip Erdogan said Turkey, which has a population of about 83 million, would overcome the outbreak in two to three weeks.

Mustafa Cankurtaran, head of geriatrics at the Hacettepe University Faculty of Medicine, said his team is following the national guidelines, testing only “risky” patients with cough and fever. But next month will be critical since the outbreak will widen, he said.

Earlier this week Koca said the kits sent to the United States were locally produced PCR tests for the coronavirus. He said Turkey had a monthly production capacity of 2 million tests, and added that the tests purchased from China were “rapid tests”, not PCR.

The TTB’s Adiyaman said sending the test kits jeopardised the health of the public and medical personnel. “Exporting testing kits to the United States as Turkey needs them and while they need to be used here will be an unforgivable mistake,” he said.

Irshad Shaikh, the World Health Organisation’s health security program Leader in Turkey, said the country now had little room for error and must test everyone who has had contact with the virus. He said, however, that the export of test kits to the United States, which he said was in a “perilous situation,” could be seen as a form of capital investment.

“From now on, it’s a very slippery slope and razor-thin margin moving forward,” he said. “Now if the U.S. succeeds in vaccine development, we already have our invested cash in the bank in the form of our IOUs,” Shaikh told Reuters.

Among the containment measures, Ankara said it quarantined Muslims returning from Umrah in Saudi Arabia.

But Nihat Gonul, the local administrator of a village in Sakarya province some 120 km east of Istanbul, said two returning pilgrims continued their lives normally and attended gatherings for days before authorities came to quarantine them.

“There is this atmosphere of uncertainty in the village. People are scared, not sure what to think,” Gonul said.