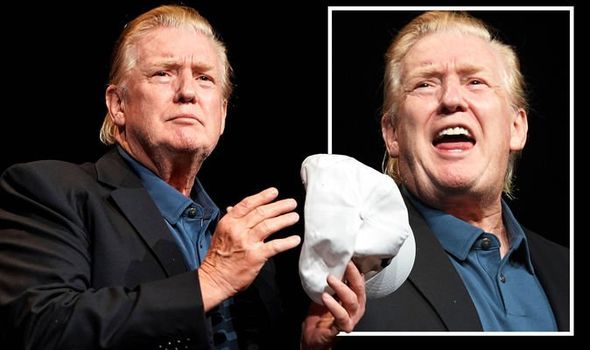 President Trump is due to land at Stansted Airport at 9am for the start of his three-day visit to the UK. The President will be met with a ceremonial welcome attended by the Queen, Prince of Wales and Duchess of Cornwall in the Buckingham Palace garden. After the welcome, the Duke of Sussex will join the group for a private lunch at the palace. The president was seen with his new hairdo on Sunday during a visit to an evangelical church in Virginia after he had to remove his baseball cap.

Trump visit schedule: What time is Donald Trump due to arrive in London this morning? 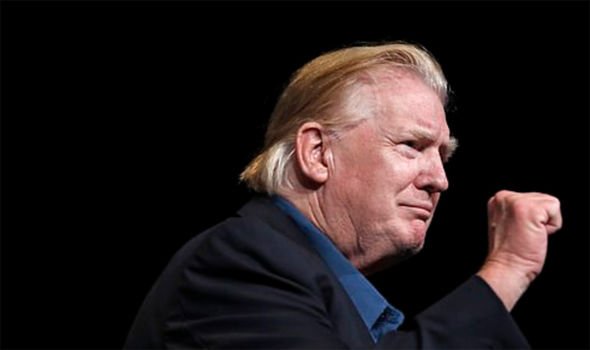 He arrived at the church straight from a golf outing to honour a “special day of prayer”.

Social media users reacted with bemusement at the new hair style, one said: “Wow he looks like a real person and not an orange cheat with fly away hair.”

Another said: “With normal hair he at least looks a little less bizarre”.

Hair Stylist Matthew Curtis said to the Gentlemen’s Journal that Trump’s normal hairdo is “probably dyed every 2 to 3 weeks to avoid regrowth”.

He also said: “I’ve never met a hairdresser who would help give him this style. If they did, and I had to name it, I’d call it a back-to-front mullet with a new romantic fringe.”

8:30am update: Ivanka Trump, the president’s daughter, has posted on Instagram from the Victoria and Albert Museum.

Ivanka will join Trump for various parts of the state visit.

8am update: London announces road closures due to state visit

Transport for London has announced that all roads and cycling routes within St James’s Park and Green Park are closed until tomorrow for the state visit.